Marco Andretti says ending a seven-year run without an IndyCar victory in 2018 would be a "10,000-pound gorilla" off his back, and that he understands criticism of his form

The Andretti driver's second and most recent IndyCar win came at Iowa in 2011, and he struggled to get to grips with the high downforce manufacturer aerokits used in the series from 2015-17.

Since Andretti's 2011 victory at Iowa, his team-mates have won 19 races.

But Andretti believes the new universal aerokit suits his driving style more and that he is now in a better position to end his losing streak.

When asked by Autosport about how the pressure and scrutiny on his performance would change with a win, Andretti said: "It would be a 10,000-pound gorilla off my back.

"I'm at the point where all this weight that's on my back is from me, I'm at a point where I totally agree with my critics, I want to win just as much as anything I should do.

"I can honestly tell you none of that stuff bothers me anymore, I've been dealing with it so long and I know what I can do, I really do.

"People like to look at what they want to look at, right now that's the story, but the fans will build you up as quick as they want to cut you down and that's just the way it works.

"I'm going to hopefully weather the storm and things will be alright.

"If you look at the history of the team, the last car that they've had in the top five in the championship was me [in 2013], but nobody wants to look at that.

"It's all about what's hot right now and I'm going to do my job to make sure it's us." 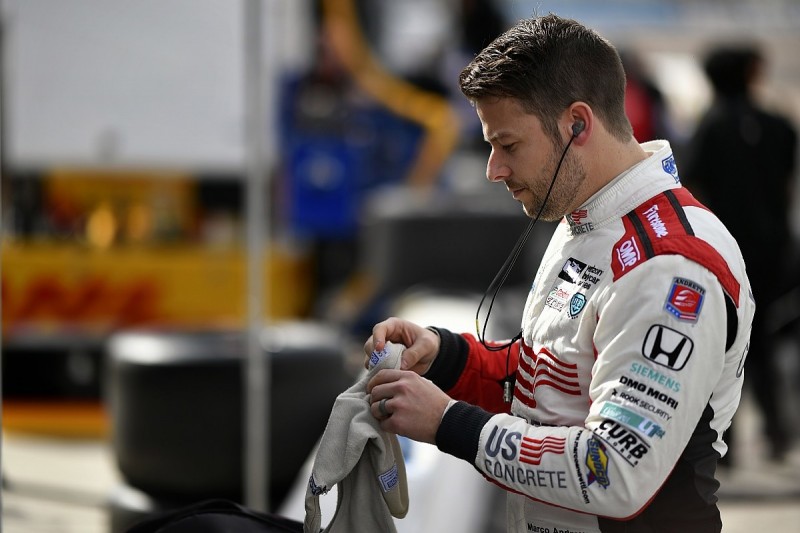 Andretti said he now believes he has "unfinished business" in IndyCar.

"Right now I'm just so focused on turning things around in IndyCar," he said.

"I think there's been a lot of missed opportunities for me in IndyCar, so that developed a sort of unfinished business about it.

"I know I can be competitive and the cars haven't worked out exactly that way so far, but I'm staying in it."