IndyCar rookie Christian Lundgaard says his runner-up finish on the road course at Indianapolis was something the Rahal Letterman Lanigan team deserved after a very difficult start to the season.

The Formula 2 race winner made his debut on this track last summer as a one-off for the team co-owned by Bobby Rahal, David Letterman and Mike Lanigan, and shocked everyone by qualifying fourth.

This weekend he qualified sixth, and finished second – the three-car RLL team’s first podium finish in 2022, just a couple of weeks after Graham Rahal’s stirring drive from 14th to fourth in Toronto.

“It feels amazing,” said Lundgaard after finishing within four seconds of winner Alexander Rossi. “I think the best feeling right now is that the team really deserves it. They've worked super hard, and we've had such a struggling beginning to the season.

“I think coming to Toronto was when things started to change. We saw a streak where we started to perform better. Even Road America, Mid-Ohio was there. We were on the edge of top 10.

“To come here and finish second, I think the team deserves every bit of it. I want to win, so I try as best I can every event…

“I think Rossi and [Colton] Herta did seem to have some more power down [traction] than we did today, and I think that's what killed our rear tyres and they were just able to take off.

“As soon as they'd taken off, we were just managing the gap. I think it was looking like a P3 today but I ended up finishing P2, so I'm obviously super happy for the team.”

Lundgaard revealed that he was driving the exact same chassis with which he made his startling debut in August 2021, and said he and the RLL squad had approached this race with the expectation that they could show similar form again. 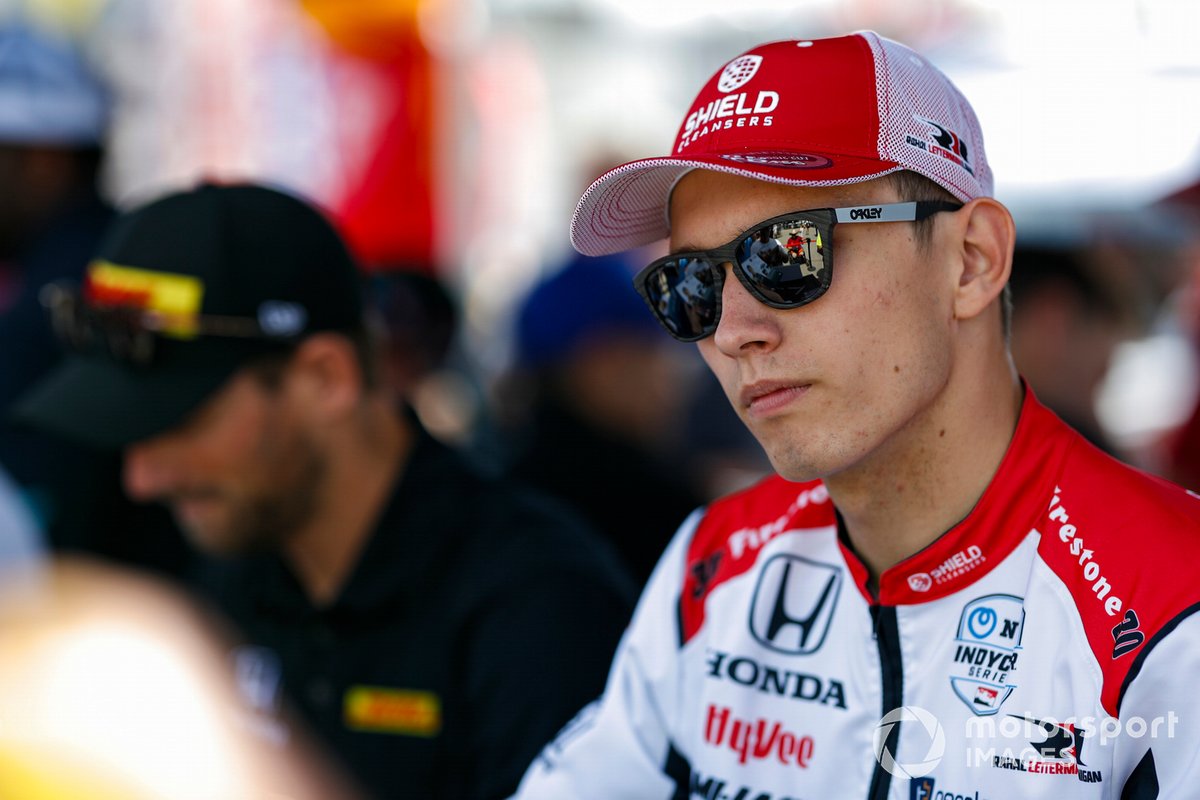 “We knew coming into this weekend that this was the track we were going to be at least the most competitive, together with perhaps Toronto, where we ended up being very competitive,” he said.

“We came into this event and knowing we were going to have a car that was able to finish in the good end of the top 10.

“I wouldn't say we overachieved, but we for sure got everything out of the package we had. It's a bit unfortunate that Jack [Harvey – qualified 13th, finished 20th] and Graham [qualified 17th, finished seventh] were unable to get further in qualifying because I think for sure they had a car that was able to go further, as well.

“For me to get it done just proves that the car was there, which is why I really feel like the team deserves this podium, and I hope there's more to come.”

Lundgaard said the RLL team was now going in the right direction, and said that watching Graham Rahal at work had helped him develop as an IndyCar driver.

He joked: “One thing that I'm a little annoyed about is that every time race day comes, Graham always seems to find a way to finish ahead! Didn't happen today, luckily.

“But no, honestly, Graham has helped me massively, understanding how much you can push the tyres.

“He's extremely good on the long run, making the tyres last, making the fuel last, and just being competitive. Even in a car that might not be competitive enough to be there, we've had some good results.

“As a team, the drivers work very well together. I'm very pleased to have Jack and Graham by my side and helping me.”

The result means Lundgaard has substantially increased his lead over David Malukas in the battle for Rookie of the Year honours from four points going into the race, to 27 points with four rounds to go.