Colton Herta converted pole position into his second Laguna Seca IndyCar victory, beating Alex Palou to the line as the two were pressured by Romain Grosjean towards the finish.

Herta suffered a late scare after running over an animal, asking his team to check any damage to his front wing – but the Andretti Autosport driver was given the all-clear.

He only had to stay ahead of Palou, who spent the second half of the race having to contend with traffic and a resurgent Romain Grosjean as the former Haas F1 driver put in a dazzling display at the Monterey circuit.

With the warm weather and the twisty nature of the circuit, tyre management was crucial to a three-stop strategy for the race, handing a greater role to the harder tyre as most expected the majority of the race to be run on the softer red tyre.

After fellow front-row starter Alexander Rossi suffered damage in a botched attempt to pass Herta on the second lap, Herta cleaned up on the sole restart and pulled out a few seconds on Will Power, who began to suffer with engine issues.

Herta’s neatly curated gap then came under heavy assault during the middle portion of the race from Palou, with the interval dropping to a second, but the Andretti driver was able to stay ahead as the two were stuck in a queue behind Max Chilton, Jimmie Johnson and Felix Rosenqvist.

While Herta managed to clear Rosenqvist and Chilton, Palou made little impact on them before electing to make his final stop to relieve himself of the two. 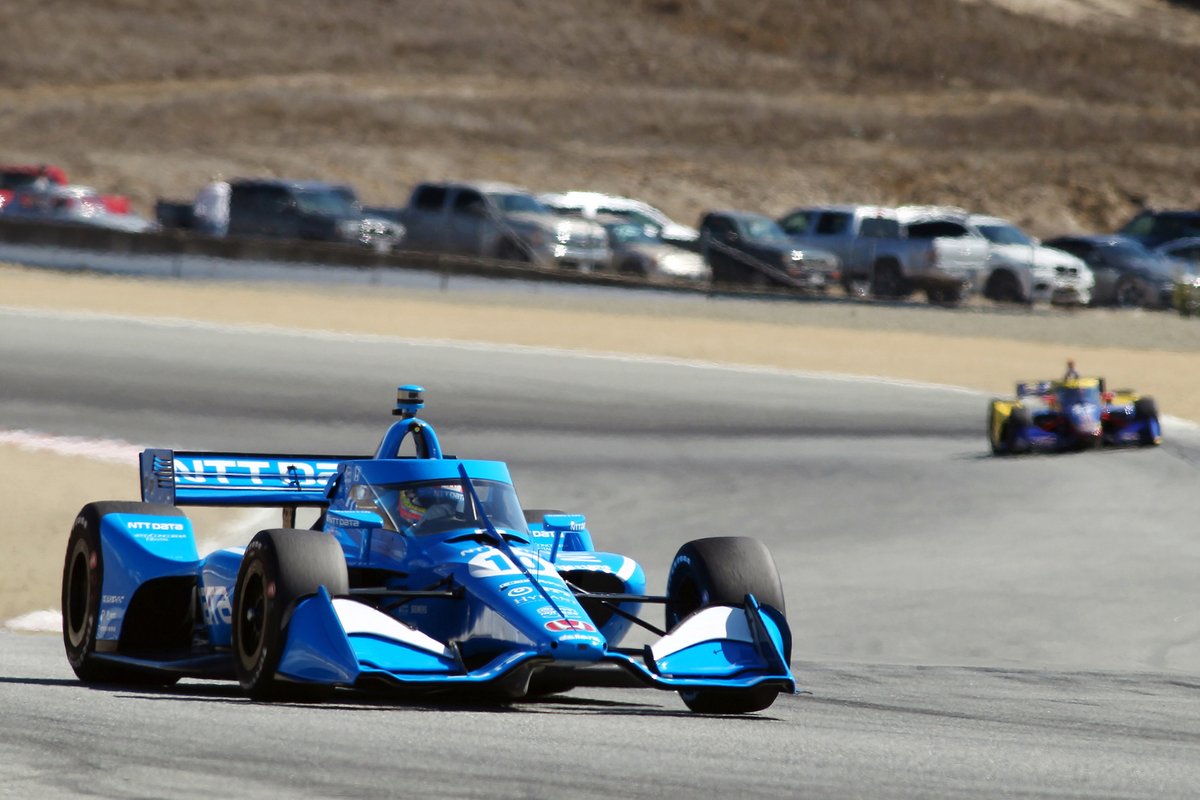 Following the pitstops, however, Palou once again found himself behind Chilton and Johnson – and had to tentatively make his way through while attempting to keep the life in his tyres.

This gave Herta a chance to extend his lead once again, while Palou had been more conservative as the likes of Graham Rahal and championship rival Pato O’Ward were slowly closing the gap.

Then Grosjean produced a series of stunning overtakes to fire up the order, dispatching a number of cars at the Corkscrew in the early stages of the race.

The French driver cruised around the outside of O’Ward at Turn 4 to move up to fourth with 15 laps remaining, then setting after Graham Rahal for a place on the podium.

This put pressure on both Herta and Palou and, although Grosjean’s swashbuckling antics almost ended with contact with Johnson at the Corkscrew, the two made it through in one piece, leaving the Dale Coyne Racing driver to continue his pursuit of the lead pair.

However, Grosjean’s pace began to marginally dip in the final few laps, easing the pressure on Herta and Palou to ensure trio crossed the line separated by just 3.7s - Herta winning by a margin of 1.974s. 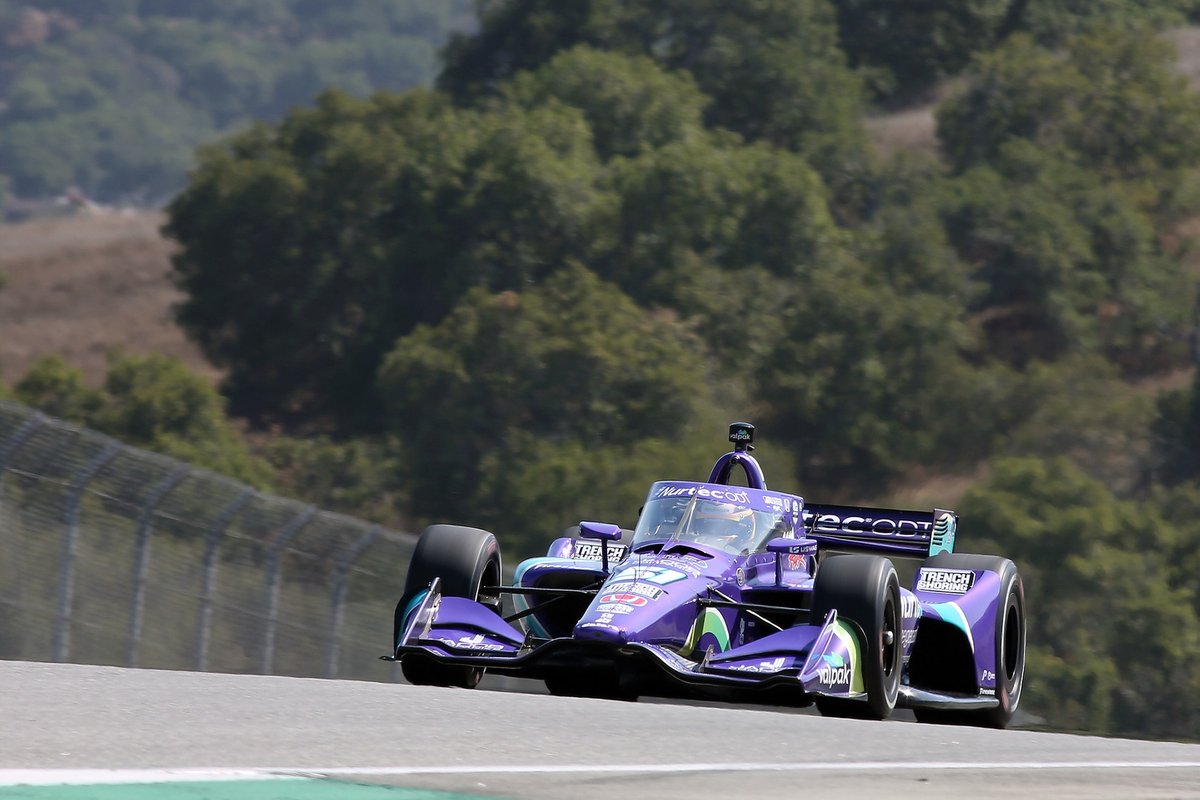 Rahal completed the race in fourth, 10s adrift of the rapid Grosjean, with O’Ward a further 10s in arrears by the end – with his championship hopes taking a further hit as Palou finished ahead.

Marcus Ericsson finished in sixth place, ahead of a four-stopping Josef Newgarden, who kept himself within an outside shot of the title as the Swedish driver dropped out of the title fight.

Ed Jones completed the top 10, having not been able to convert a similar pit strategy into the same heroics as DCR team-mate Grosjean.

Scott Dixon's hopes of a seventh IndyCar title in 2021 were largely ended after getting caught by an errant Takuma Sato, who spun at the Corkscrew and rolled across the circuit to collect the Chip Ganassi Racing driver. Dixon, who ended the race in 13th place, is now mathematically out of title contention.