The pair were GP2 team-mates at Racing Engineering in 2015, before Rossi made his switch to IndyCar full-time in 2016 with Andretti Autosport and went on to win the Indianapolis 500 in the same year.

King visited Sonoma in 2016 but only considered IndyCar after a disappointing Formula 2 season last year, and eventually made a visit to Indianapolis in December to meet ECR team boss Ed Carpenter.

He was announced as ECR's road and street course driver in the team's second car for 2018 on Thursday.

The former Formula 2 driver said leaning on Rossi for advice about IndyCar helped remove his scepticism about a switch.

"I suppose it was more reassurance," said King when asked about Rossi's input. "There's always a bit of scepticism changing paths.

"Obviously for me, it's actually moving country and a couple of things like that, and someone like Alexander Rossi, he's done it, but the other way around.

"He came over to Europe and I raced with him and I was team-mates with him.

"I kind of trust him and believe what he's saying, so I spoke to him quite a bit.

"From everything down to the car, how did the car drive, what does it feel like, all the way through to what's it like living in the US.

"So just filling in all the gaps was quite reassuring to speak to someone who has done it and I know his driving style and things like that." 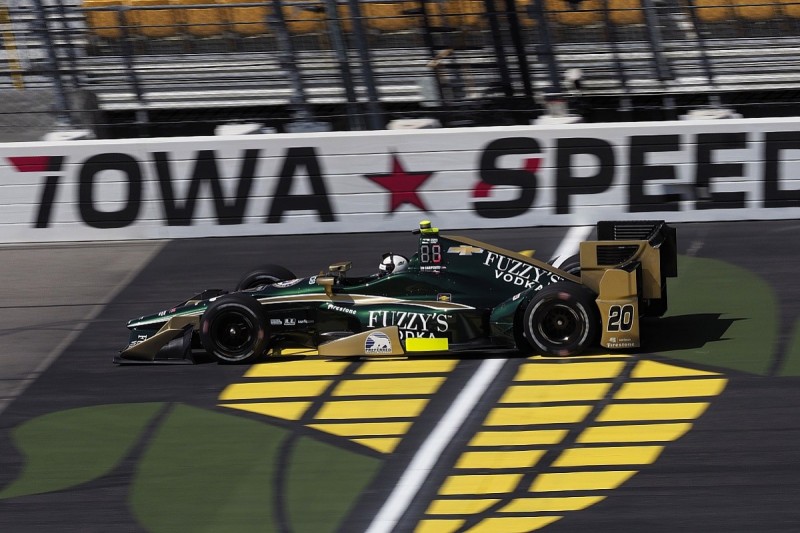 King will only drive the road and street courses in the 2018 season as part of his shared drive with Carpenter, but the team boss said there are plans to get King used to ovals.

The British driver has stated his long-term goal is a full-season drive in IndyCar.

"There are no plans for Jordan to be doing any of the oval races, but we do have a plan and are working on plans to get him in the car on an oval, to start developing that part of his career," he said.

"He wants to be able to run full-time at some point in IndyCar. So that was an important part of the process, knowing that we could get him in the car for some oval testing.

"We're still nailing down when exactly that'll be, but he will get the opportunity to do a little bit of oval testing to get his feet wet with that."

Carpenter said it is unlikely that King will contest the Indianapolis 500 this year in a third ECR car, but did not rule out that opportunity.

"If there's an opportunity that makes sense with Jordan, or anyone else for that matter, to run an extra car at Indy, we'll evaluate that. "But it wasn't part of these discussions."