The team, which will be created from a merger between Sarah Fisher Hartman Racing and Ed Carpenter Racing, confirmed over the weekend that current SFHR driver Newgarden has signed a deal to remain on board, although question marks remain over the ECR side of the equation.

Carpenter currently shares his entry with Mike Conway, the Brit having made his final appearance of the season at Sonoma before handing the car back to oval specialist Carpenter for this weekend's finale at Fontana.

But with Toyota thought to be keen on making Conway a more regular member of its World Endurance Championship team, it is uncertain whether that would leave room for the Brit to undertake another part-time IndyCar programme.

One possible solution could be for a new driver to race the former ECR entry on a full-time basis with Carpenter fielding a second car for himself at oval races.

Hildebrand, who drove a second ECR entry at the Indianapolis 500 this year, told AUTOSPORT that he and the team have been in talks.

"It's no secret that after Indy on my side and their side we've been trying to put things together to expand on the situation and chemistry that we had," he said. 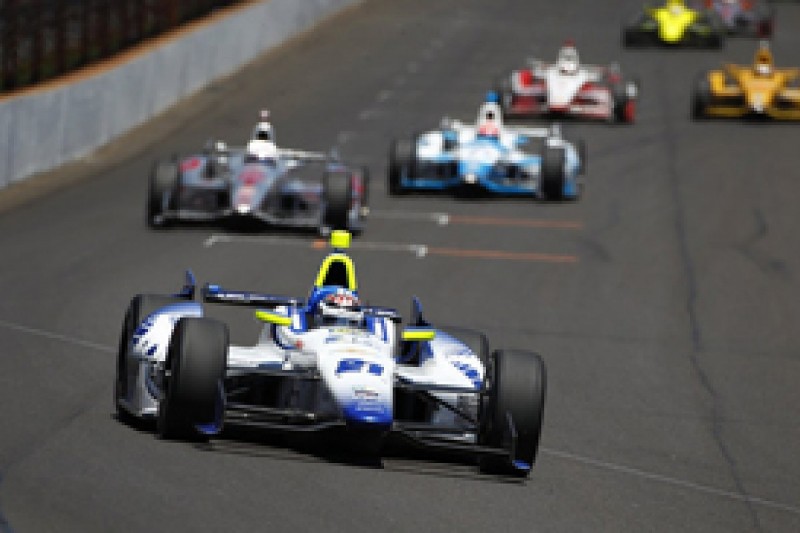 "I knew a little bit about how the merger was going to happen and I was actually hoping that Newgarden would get re-signed, because I wasn't thinking of that as affecting my chances.

"So we're going to keep plugging away at it. You can't be blind to other opportunities that are out there, but [CFH Racing] would be my ideal spot; to get in with those guys somewhere.

"There are still some of the pieces that have to shake out, but it would be an awesome team to be in. You've got Newgarden, who has been awesome, especially on street courses, and potentially both Ed and Josef as team-mates on the ovals."

Hildebrand has not raced regularly since splitting with Panther Racing mid-way through last year, and said that while a full-time drive is his preference, he is keeping an open mind about any options that might arise.

"I'd prefer to be full-time, but the priority is to be somewhere where it's going to be cool and we're going to have fun and can have success," he said.