Jimmie Johnson is “as close as I’ve ever been” to adding IndyCar ovals to his 2022 schedule, after nearing the end of his Indianapolis Motor Speedway rookie orientation program.

Johnson completed Phases I and II, but still had a few laps left of Phase III when rain, which had already delayed the process, returned to the Speedway and ended the day early.

The Chip Ganassi Racing driver will be able to complete the requirements in the open test at IMS on April 20-21.

Asked if the experience had increased his desire to attempt to qualify for next May’s 106th running of the Indianapolis 500, seven-time NASCAR Cup champion Johnson replied: “It’s definitely, definitely increased. I think the look I had at Texas [Johnson’s oval rookie test] increased it and brought me here.

In terms of actually committing to the 500 – and indeed, adding all the IndyCar ovals to his 2022 diary after a road/street course-only diet in ’21 – he said: “I can't just yet. I need to leave here today, go home, sit down, get a good bottle of wine open, maybe even pull [Jimmy] Vasser's bottles off the shelf.

“I'm as close as I've ever been. The racer in me is taking a real serious look at this, but I still need to sit down and have that conversation at home.” 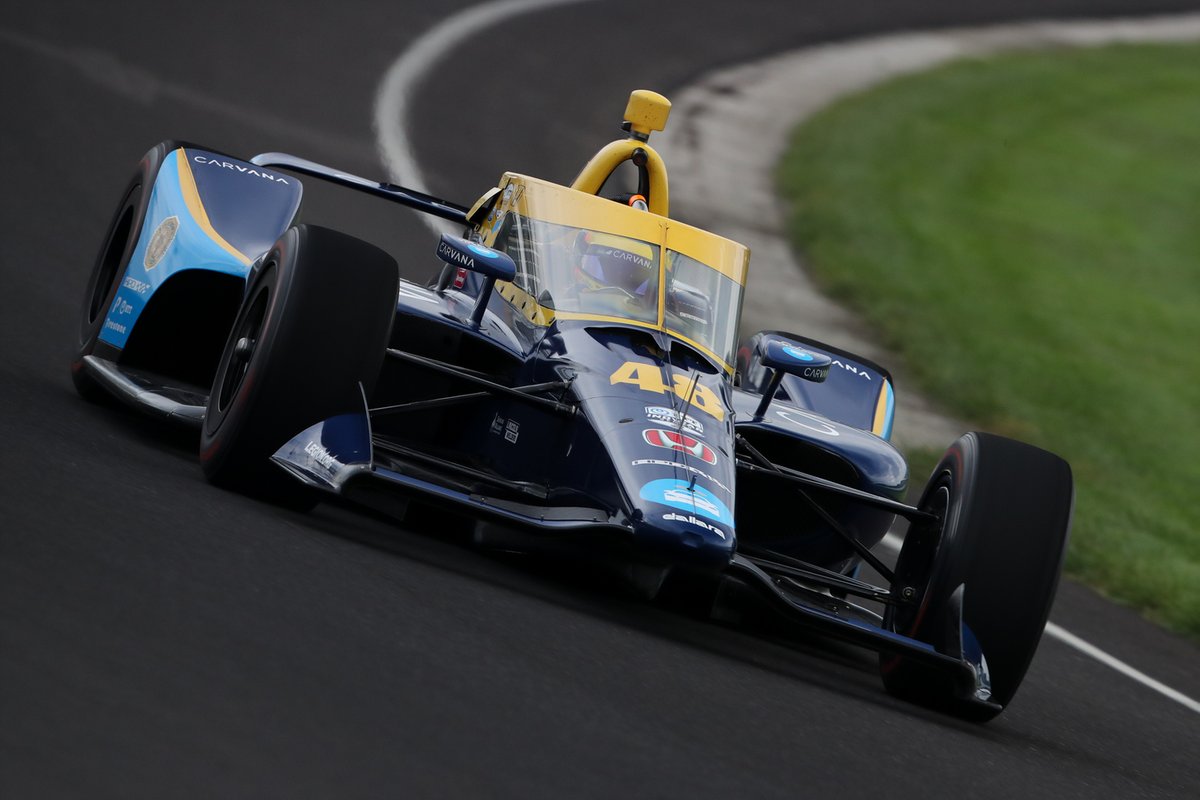 The 46-year-old said that doing the ovals this past year “would have been a much easier pathway for me. Now that I'm looking to do it, there's still a lot of work to be done.

“That aspect, it would have been easier to make this decision a year sooner. But I really had to go through what I have to get comfortable with in IndyCar, hit a couple walls.

"Hitting the wall at 180 in Nashville – as much as I hated doing it, it was a good data point for me. Also for my family to be around these cars, the industry.

"Seeing a couple bad crashes this year, seeing what the aeroscreen has done to protect Ryan Hunter-Reay at Barber when the wheel assembly came back into the windscreen.”

Johnson, an 18-time participant in and four-time winner of the Brickyard 400, said: “Once I got through the notion of downshifting and upshifting through the course of the lap, the speed at which things were coming at me, the driving line, the technique, even the behaviour of the car in different turns around the racetrack was all very familiar to me.

“I think I ran 55 laps or so, not only focusing on running lap times to work through the phases but also feeling changes we made on the car. I was excited personally to go through that and understand what minus rear wing feels like, less front wing feels like.

“While I stood and watched last year, I would hear those changes being made. It would make me pucker up. It was nice to get out there and attach a feeling to that.”