Johnson, who joined Chip Ganassi Racing-Honda’s IndyCar team in 2021, competed only on road and street courses during that first season, earning best results of 17th in the final two rounds.

However, for 2022, he went full-time in the #48 car and predictably shone on the ovals, taking sixth pace at Texas Motor Speedway.

He then qualified 12th for the Indianapolis 500, apparently undaunted by a couple of huge saves, and while he crashed out of the race with just a handful of laps to go, he won the Indy 500 Rookie of the Year title.

Sixteenth places at Mid-Ohio and Laguna Seca would remain his best road course performances, but on the ovals he continued to impress, a fifth place at Iowa Speedway being the highlight.

On social media this morning, the 47-year-old legend declared: “I couldn’t have asked for a better experience in the IndyCar Series.

"Looking ahead, I will not return to IndyCar full-time in 2023 but will continue to look for new ways to challenge myself and participate in bucket list events.”

He described his season as “fun” with “peaks and valleys”, and went on: “I have improved but I realised the challenge is two or three times greater than what I first thought!

“This was about an experience, not about results, and about the friendships I’ve built, the relationships that I have formed. I don’t want to enter another full season if I know I can’t give it my all.

“I just feel like I need to let the dust settle from the year. Someone gave me advice a while back that you shouldn’t make life-changing decisions in the heat of the moment to figure out what I want to do.” 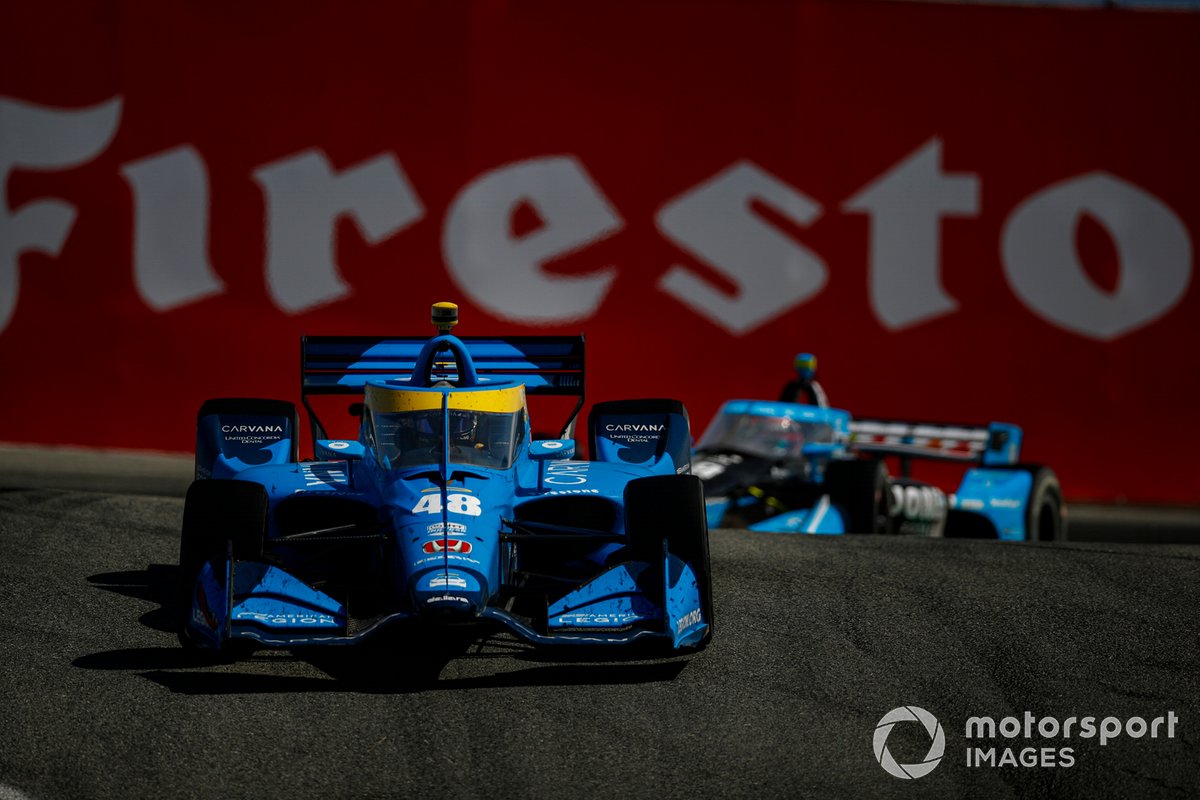 Johnson declared that Carvana “want to support me in whatever I want to do”, but confirmed that he will not compete full time in 2022.

“I’m not saying that I’m out of a race car and not competing at all.

"I still very much have the desire to compete. But from a full-time standpoint and what’s required and the energy, effort, time away from home – all that makes all the commitments required to be your best for a full-time season – I’m just not there right now.

“I feel like 2022 checks so many boxes for me and I had such an incredible time that I’m going to take a deep breath and think hard about what 2023 might look like.

"I’m still working on my kinda bucket list of races to compete in.

"The 24 Hours of Le Mans is still out there for me – I love sportscar racing, I love IndyCar racing, I’ve always been curious if there might be a one-off event in NASCAR that might fit for me.

“So all of that is still in play and I really do anticipate racing somewhere next year. Thankfully I do have options.

"I’ve had the best time at Chip Ganassi Racing and I know that Chip doesn’t want to see me go anywhere. I’m certainly looking at some options there.

"I’ve had amazing support from Carvana and I know as long as I’m behind the wheel of a car, I feel certain that they want to continue the relationship and be there for that journey and I certainly want to thank the fans for all their support.

“Again, this isn’t a goodbye. I’m gonna find some new projects and continue to find new ways to challenge myself.”