James Jakes says that he remains open-minded about his options in IndyCar next year, although he insists that he would prefer to remain at Rahal Letterman Lanigan

The Brit moved across to RLL for 2013 after spending two years at Dale Coyne Racing and has largely impressed with his speed, although various misfortunes have conspired to leave him struggling to remain inside the top 20 in the standings.

Despite being open about his free agent status at the end of the year, the 26-year-old believes that he would benefit from the continuity of being able to remain at Rahal.

"Obviously I'd love to stay where I am," he told AUTOSPORT.

"The team has great potential and I'm working well with Eddie [Jones, his engineer], and it would be nice to stay with him.

"And the team is staying with Honda, so with Ganassi moving on [to Chevrolet] you'd like to think we'll get some extra attention there.

"So I'd like to stay where we are, but I'd like to get the deal done sooner rather than later.

"We had one test day last year, and I think if me and Eddie had a winter to work together it could be quite exciting next year."

Jakes finished sixth in the first race of this weekend's Houston double-header, despite making an extra visit to the pits due to a miscommunication with his crew.

"They told me to box because [EJ] Viso was holding us up," he said. 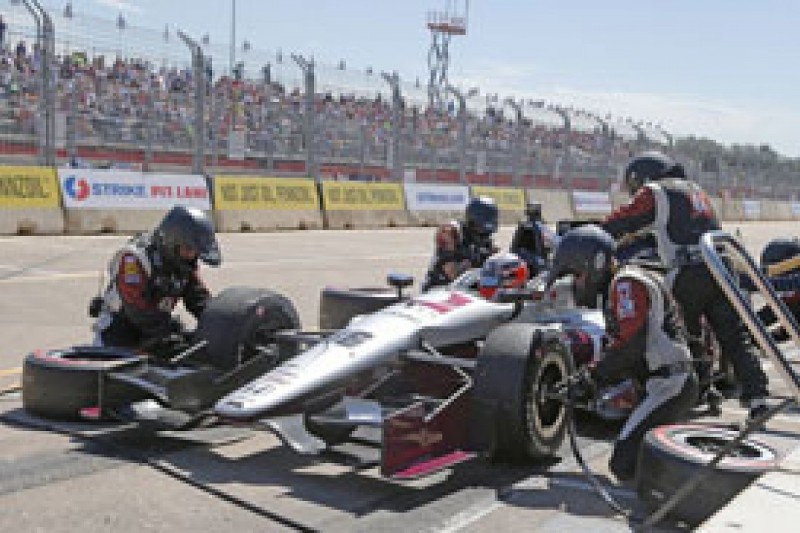 "But as we came in to pit, Viso pitted, so I came on the radio and said, 'Viso's pitted; I'm going to go an extra lap'. We had the fuel, so I was going to try to jump him that way.

"They didn't understand it. I said, 'I'll box this lap', and there was a miscommunication. I came into the pits and there was nobody there.

"I panicked and went straight through and pitted on the next lap, which cost us a load of time."