The Penske team-mates went into the race - resuming after bad weather prevented the full distance being completed in June - separated by 20 points, but that gap extended to 28 points with two rounds to go thanks to Pagenaud's fourth place.

The Frenchman was involved in a fierce battle for the lead with Graham Rahal, James Hinchcliffe and Tony Kanaan in the closing stages, but he eventually backed out of going for the win.

"I thought we were going to get the win, but when it went four-wide I got touched and I had to back out or there was going to be a big wreck.

"It was exciting, we had a great show. Everything nearly came together." 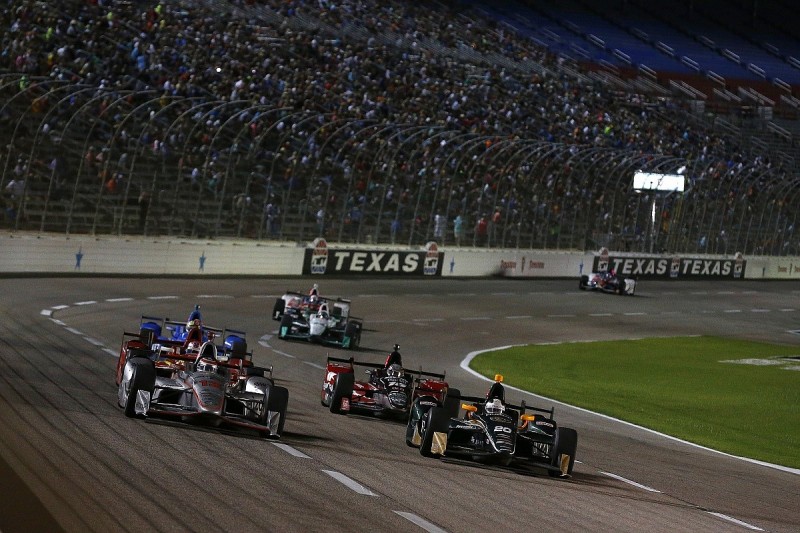 While Power lost ground with his eighth place finish, there are still more than 150 points available due to the double-points finale at Sonoma, and he can take heart from the fact Scott Dixon overturned a 47-point deficit to Juan Pablo Montoya to snatch the 2015 title at the final race.

"That was an intense race there at the end - I just stayed out of it," said Power.

"If we didn't get a late yellow I would have finished around Simon, maybe ahead, maybe behind.

"But that was going to be a crazy restart at the end - it was something to watch.

"We are still up there in points and Watkins Glen is right around the corner.

"There are still plenty of points on the table. We'll look ahead to next week."