Wickens sustained serious injuries when he launched over Ryan Hunter-Reay's car and into the catchfencing in an accident that caused a two-hour stoppage.

Dale Coyne Racing with Vasser-Sullivan driver Bourdais initially expressed reluctance to take part in the restart as he was dissatisfied with the way the fence had been repaired.

He told NBC Sports he was "not sure that would have been satisfactory" in another accident.

"When we saw the extent of the damage I had a pretty good idea that it wasn't going to get fixed properly, and it wasn't," Bourdais added.

"The cables were loose, and it was just pretty lousy. So I wasn't happy with it at all." 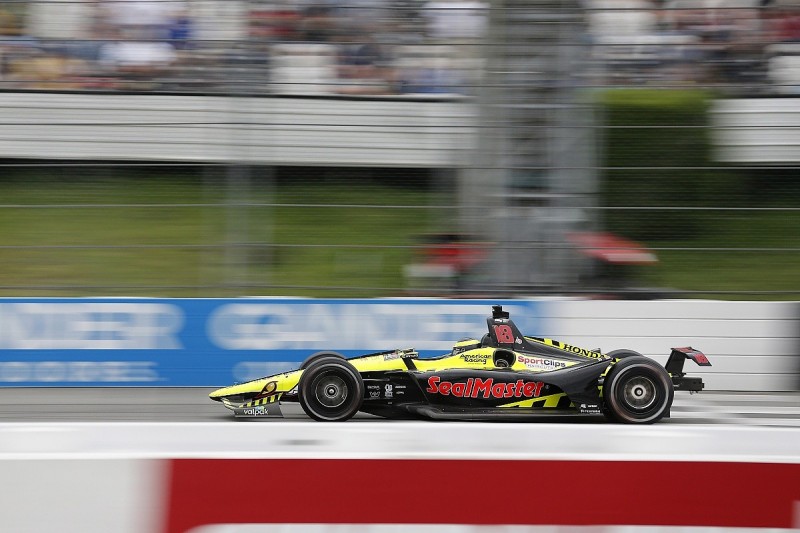 "He was not at the scene. He was doing it from a visual perspective," said Frye.

"We'll look back at how long it took, what materials were to hand - all this stuff - to check it was done 100% correctly.

"We think it was safe, but we will look at what we can [do] to make it better, make it quicker."

Asked if anyone other than Bourdais had expressed concern, Frye replied: "Not that I'm aware of. Our guys are really good, and they take our drivers' safety as seriously as anybody, if not more.

"We rely on them and they were all out there."

Frye said it was vital to carry out proper research first, citing IndyCar's work on the windscreen cockpit protection solution.

"Look at the windscreen. Everybody has said, 'Just put it on the car', but there's a cause and effect to everything you do, and the negative effect could outweigh the positive effect," he said.

Frye believes the safety improvements made to the 2018 Indycar showed their worth in the crash.

"We were very encouraged by how the car held up - certainly not satisfied though, because the driver was injured. We'll never be satisfied until that doesn't happen," he said.

"This new kit has the driver side-impact pieces that we think was an important element to the way the car held up.

"There were also five or six other things that we've done to the car over the past few months, safety updates, and again they did their job.

Wickens has undergone surgery on his spine, right arm and lower extremities this week, with the extent of his spinal chord injury still described as "indeterminate".