The IndyCar field has generally forgone repeated qualifying simulations in this week's practice in order to focus on draft pack running, leading to a muted Fast Friday.

Feedback from the drivers has suggested that the leading two or three drivers can pass with relative ease, but those further back struggle to execute moves.

Scott Dixon and Marco Andretti had said they expect the Indy 500 to be dictated by track position.

IndyCar president of competition and operations Jay Frye confirmed to Autosport, though, that the series will not change downforce levels.

"No, absolutely not," he said. "We ran a lot of laps before we got here this week, and we were encouraged with where we're at.

"It's a little different for everybody." 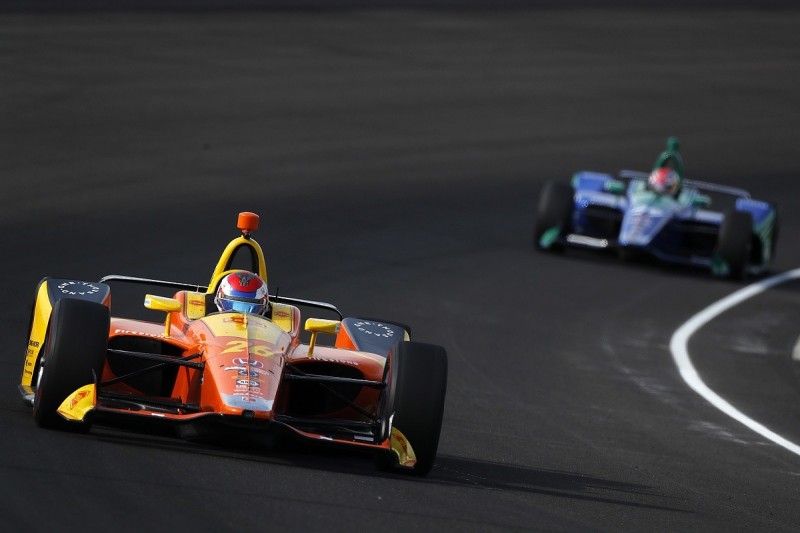 Frye added that the final year of the manufacturer aerokits had been frozen, which helped teams prepare for the 2017 race.

"Remember last year we had frozen the aero regulations, so the teams were dealing with the exact same car they'd run the year before," he said.

"Now it's different, we've tested here with this car, there were no complaints but now it's game time and the wick gets turned up.

"We monitor every practice, every day, get around and talk to everyone we can and there's not a consensus about what's happening.

"We've talked to some people who say they couldn't be happier with the cars and others who are struggling a bit and that's racing. That's why we do what we do."

The universal aerokit has won praise for improving the racing in IndyCar this season, and Frye says that Indianapolis testing has shown it has more potential going forward.

"We've had Tuesday, Wednesday, Thursday, Friday - 28 hours of practice - and there are teams still trying to find their sweet spots," he said.

"But overall we're pleased with how the car's been functioning, the speeds are in the range we thought they would be right out of the box, and this is only year one. There's a lot of a potential.

"This was the other big box to check coming here and we're happy with it. Nothing we've seen from this car has surprised us in any way."