The IndyCar sophomore had closed up on Chip Ganassi Racing's Scott Dixon throughout the penultimate stint after disposing of Team Penske's Josef Newgarden and Simon Pagenaud, on what was a dominant night for the CGR team.

However, soon after his final stop, as he tried to close on Dixon during the five-time champion's out lap.

Rosenqvist went to go around the outside of Hinchcliffe's slower Andretti Autosport machine and lost control, fishtailing and then spinning into the Turn 2 wall.

Asked by NBC if he blamed Hinchcliffe, who had been running three laps down, last season's IndyCar Rookie of the Year replied: "I can't blame others for whatever situation I have. 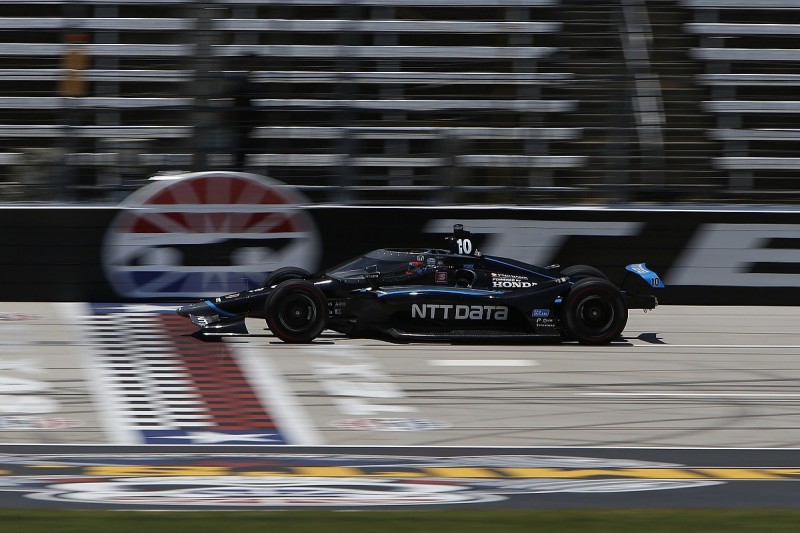 "Obviously I came out on new tyres and I don't know if James had old tyres there. It's my judgment, I went for the outside. Probably shouldn't have done it.

"It's one of those things where you sit there and you're going 40mph slower than you want to go behind another car, and it's tempting to move up one lane. But it's so slippery, you know?

"I just feel really sorry for my guys because our car was just unbelievable tonight, it was my breakthrough on ovals and I had a really good shot there I think, so I'm really disappointed."

Rosenqvist insisted that his move hadn't come from over-anxiety about trying to beat his race-winning team-mate Dixon, who stopped a couple laps after the Swede.

"We pitted earlier [Dixon] and we had clear track so we had two really good out-laps there," he said.

"Not sure how it would have played out: Scott was really super-quick as well so it was going to be close. But even a second place tonight I would have taken it.

"I didn't feel like I was going crazy for the win. I just wanted to roll in with a good finish and good points, and one silly thing screwed everything up. It's tough." 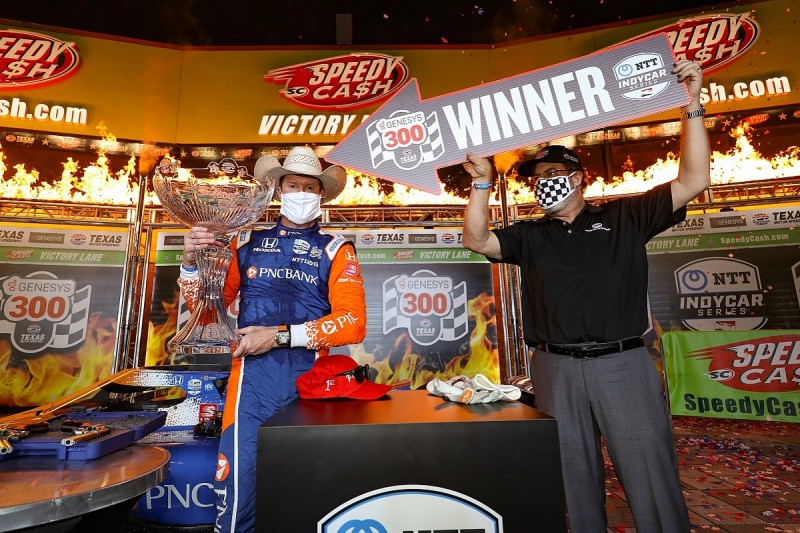 Dixon credits the CGR team's simulator work with Honda for his dominant performance that produced his 47th career win and fourth at TMS.

Although he was narrowly beaten to pole by Newgarden and spent most of the first stint behind the defending champion, Dixon set a scorching pace as soon as he hit the front.

Only a slight miscue on pitlane and an impressive drive from team-mate Rosenqvist threatened to throw his victory run off the rails.

"The DIL, the simulator with Honda that we've been using for the last three weeks in preparation for Texas, has been really good," said the five-time IndyCar champion.

"Lots of things we didn't think we would try or have the time to try on track, we were able to kind of do that. Gave us some ideas. We were able to sort of verify them once we got here.

"We worked pretty hard on trying to calm the entry and exits, especially of Turns 1 and 2, from last year.

"That's what got really tricky. I think [Colton] Herta last year was really good. He was able to sit a little bit high, arc that corner a lot more than we were able to.

"[So] we worked on that a lot in the simulator. We found some things that kind of seemed to work. You never know if that's going to work in real life.

"As we rolled off, it did straightaway. The car felt really secure. Some of those areas going into Turn 1 later on older tyres, definitely for me I couldn't do it.

"The car was still very loose. Seeing that some others were pretty strong there when we were getting to race pretty tight. When the tires were fairly new, outside moves, it was a lot of fun." 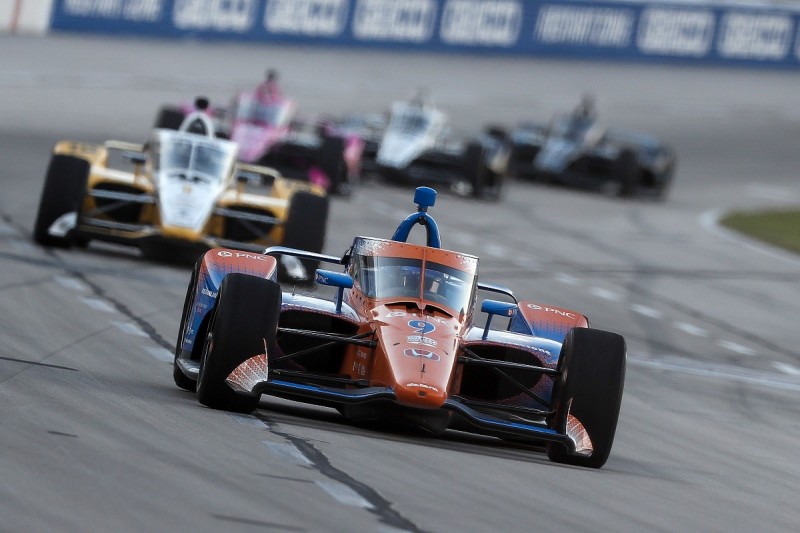