Rossi ran second on the opening lap behind AMSP polesitter Felix Rosenqvist, but lost out to Herta following a lap four restart.

Thereafter he was never headed, the 2018 championship runner-up securing an eighth IndyCar victory over Lundgaard, who secured his best-ever IndyCar finish a year on from his debut at the track.

Team Penske driver Will Power seized the championship lead away from Marcus Ericsson by completing the podium in third after being delayed in a chaotic start.

A relieved Rossi said: “We've had some race wins that we've thrown away for sure, and we've had some weekends where we've just kind of not had the pace for whatever reason.

“We knew things were trending in a good direction this year, and we had a solid test here a month or so ago.

"I think the one constant has been just the mental strength of the whole team. As challenging as it is for me, it's also hard for them. They go in every day and work their butts off, and when they don't get results, it's hard for them as well. 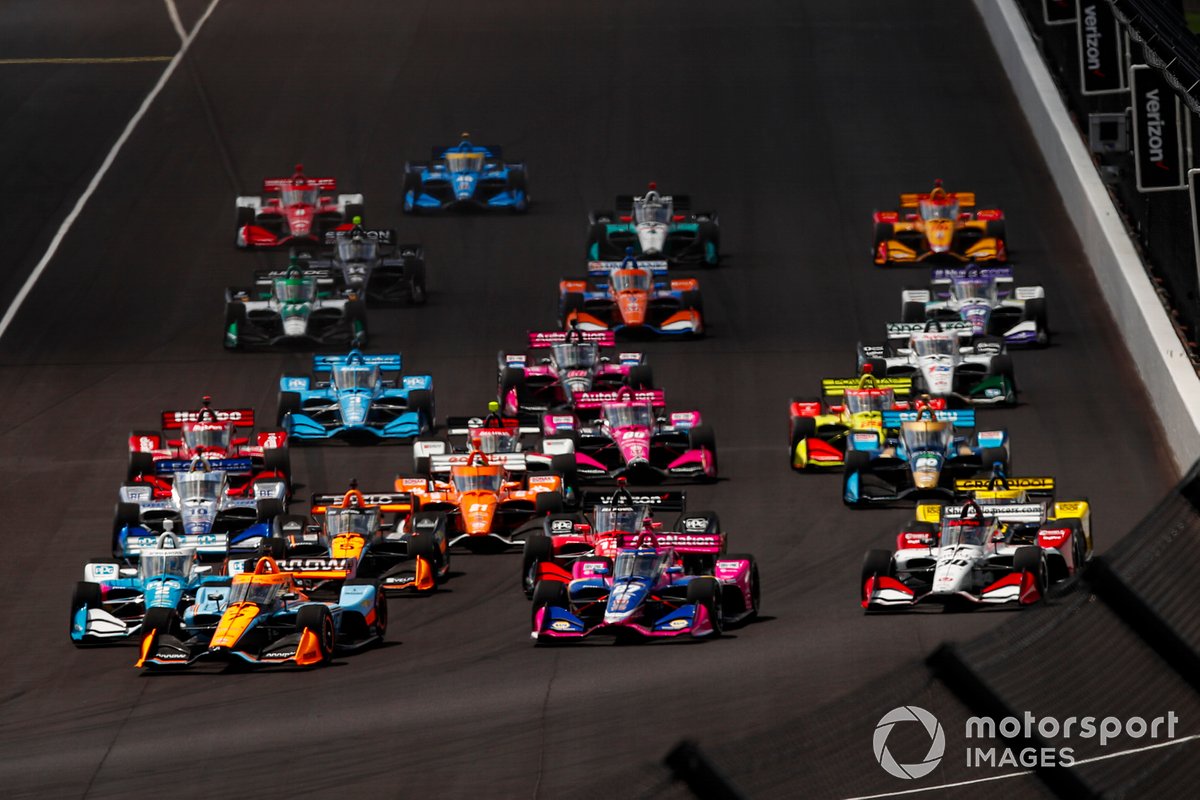 “I think as a unit, that's one of our strengths is being able to continue to just push forward. It's a big team win and a big thank you to the whole organisation.

"Obviously the cars were fast. It sucks what happened to Colton but I've had my share of things. It comes full circle, I guess, sometimes, so it's good to be up there.”

Behind Rosenqvist and Rossi, Penske’s Josef Newgarden boldly moved up from fifth to third at the start while Herta squeezed Power into Patricio O’Ward, spinning the second AMSP car and obliging Power to stand on the brakes.

The yellow that followed a Turn 3 spin from Dalton Kellett allowed Power and and O’Ward to pit for the softer compound red-walled Firestone tyres, and also allowed Race Control to shuffle Newgarden back two places for exceeding track limits behind Herta and Lundgaard.

After Rosenqvist (struggling with rear brakes that weren't disengaging) had dropped behind the two Andretti cars, Lundgaard followed them through on lap nine, with Rosenqvist continuing to hold Newgarden and Scott McLaughlin behind him.

Power, O'Ward and Takuma Sato, who had also saved early, attempted to save fuel and stretch their stints to get back on strategy with the leaders. O'Ward and Sato were caught and passed before their stops on lap 31, but Power remained ahead of Herta when he pitted on lap 32 before rejoining 19th.

Behind the Herta, Rossi and Lundgaard group, McLaughlin was the highest-placed driver who had started on the red tyres and was running on the unfavoured primaries, but had to concede to Newgarden on lap 36.

When Simon Pagenaud ran out of fuel on track and needed to be recovered, most of the field pitted under the resulting caution with Power cycling up to fourth ahead of Jimmie Johnson, McLaughlin and Newgarden. 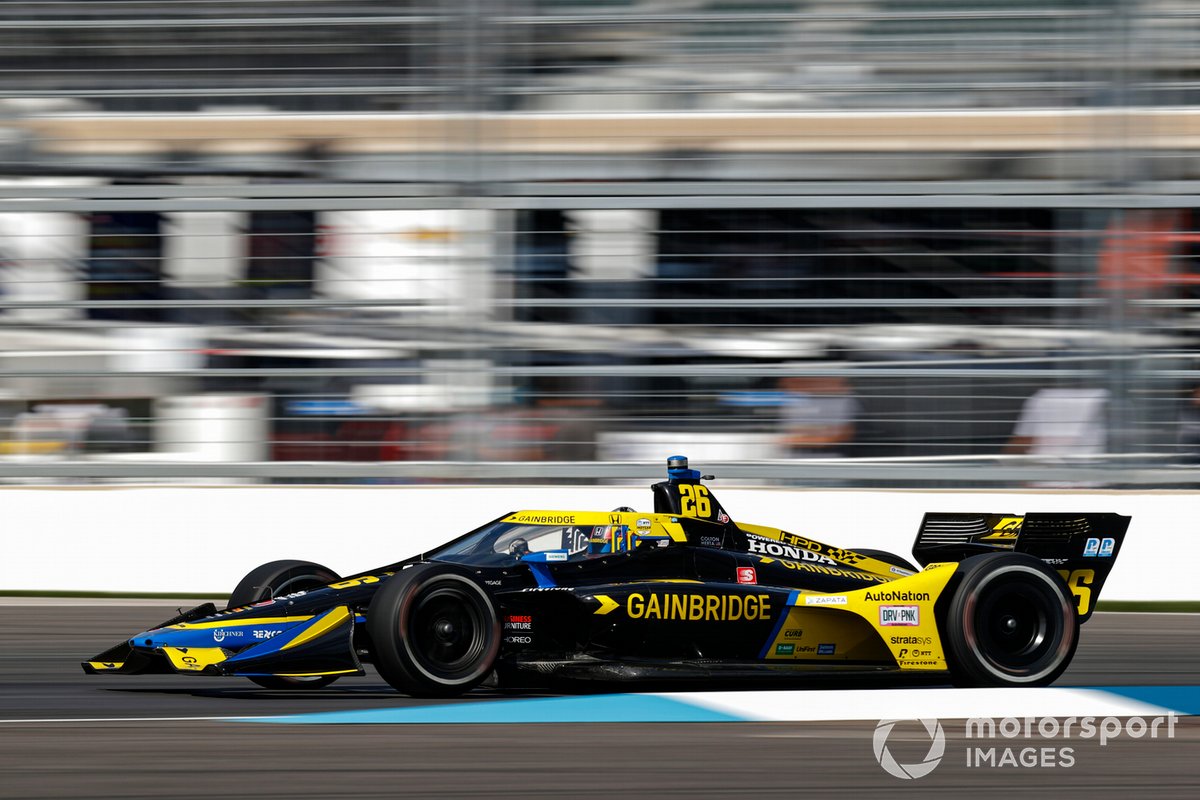 After McLaughlin muscled past Johnson, the NASCAR legend soon tumbled down the order, also losing out to Newgarden, Rinus VeeKay, Graham Rahal and his Ganassi team-mate Scott Dixon.

Power’s fuel-saving efforts briefly left him vulnerable to McLaughlin, but he steadied his advantage at around a second, as McLaughlin had a similar margin over Newgarden, the Penske trio having dropped VeeKay.

Behind Rahal and Dixon, Rosenqvist slipped back to ninth at the finish, with Alex Palou beating team-mate and erstwhile points leader Ericsson to complete the top 10.