Josef Newgarden topped the timesheets in second practice for IndyCar's Grand Prix of Indianapolis, eclipsing an impressive Rinus VeeKay and his Team Penske team-mate Will Power.

With higher track temperatures than in the morning session, times on the primary Firestone tires initially didn’t dip beneath 1m10.4s with Newgarden making the early running 20 minutes into the session.

The leading runners then put on the soft tyres and Power ducked down to 1m09.499s to go fastest, ahead of Rossi's closest challenger in the morning session Jack Harvey (Meyer Shank Racing) and Colton Herta (Andretti), fresh from staving off rumours he could move to Formula 1 by signing an extension to his contract through to 2023.

Ed Carpenter Racing driver VeeKay, who took his first pole here at the Harvest GP last autumn, edged them both by 0.097s to go fastest before Newgarden dug deep and trimmed a further 0.069s off the Dutchman's best.

Power tried again, but the 2014 series champion came up 0.14sec short to remain third, despite lightly grazing the wall at the entry of Turn 1. 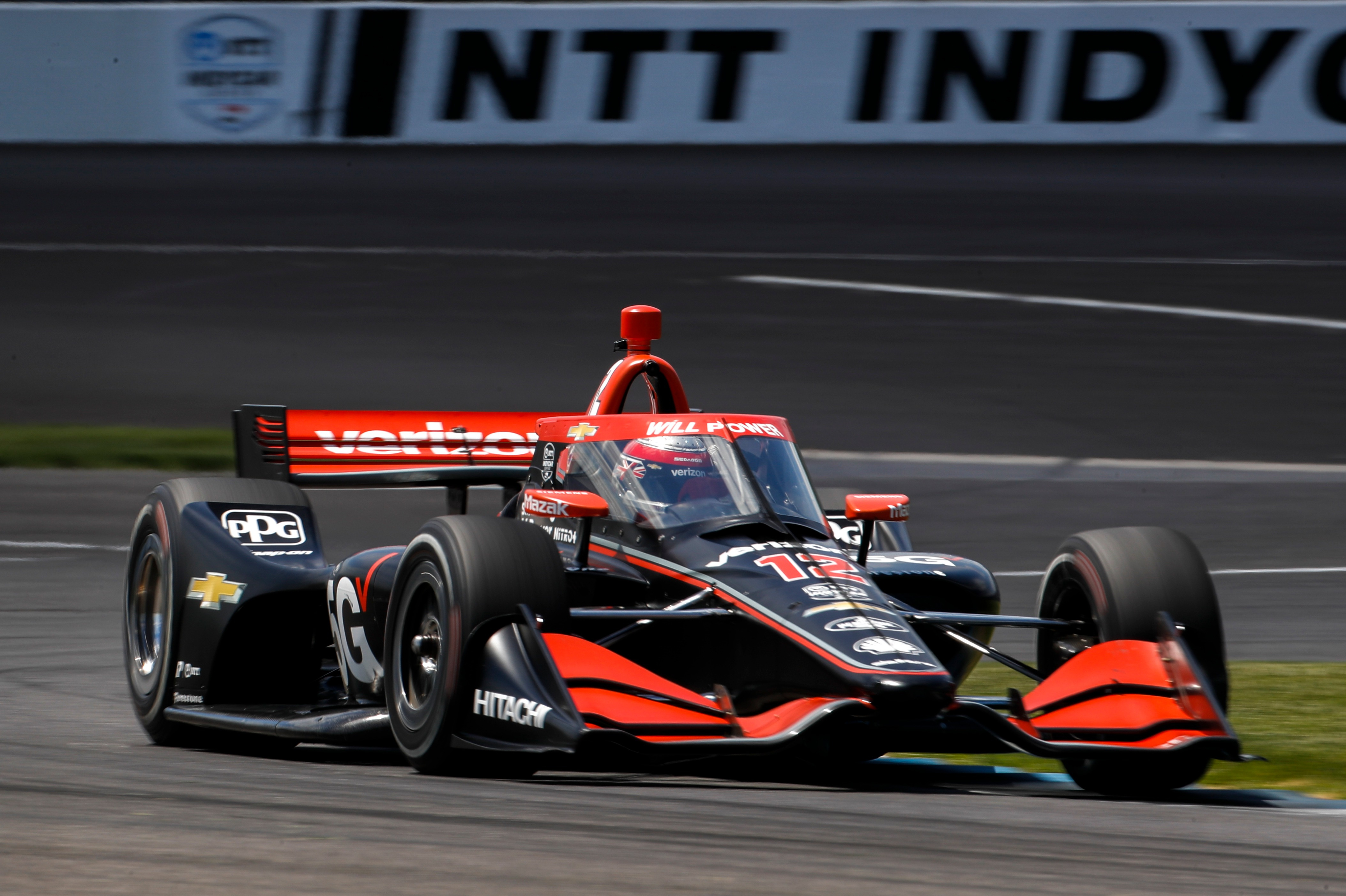 Herta ended the session fourth and the best of the Andretti runners, half a tenth clear of Penske rookie Scott McLaughlin - who nudged Harvey down to sixth by 0.06s.

Their temporary team-mate Juan Pablo Montoya’s return to IndyCar road course action for the first time since Sonoma in 2016 continued to be troubled as the Colombian spun twice - once on both tyre compounds - to finish up last.

Reigning champion Scott Dixon also suffered a poor showing, the Ganassi driver ending the session in 23rd after completing just 11 laps. He suffered an apparent clutch issue when trying to pull away from his pitbox.

Dixon's team-mate Alex Palou got up to speed relatively swiftly on primaries after missing the morning session due to a water leak, but dropped down to 13th after everyone had switched to the softer compound.