Josef Newgarden has won the final oval race of the IndyCar season in stunning fashion at Gateway following a lengthy rain delay, as rookie David Malukas grabbed second from Scott McLaughlin for his maiden podium.

After a 2 hour and 15 minutes rain delay, IndyCar delivered a thrilling climax at Gateway with Newgarden making a bold pass for the lead on McLaughlin to charge to victory, as David Malukas also demoted the Kiwi to take second late on.

After making his way up the order early on, Newgarden was firmly in the victory fight with McLaughlin before rain caused a mid-race red flag, with the pitstop cycle putting the Kiwi into the lead at the time of the stoppage.

When the race recommenced with McLaughlin and Newgarden out front, despite a scare for the latter when his was among a few cars that stalled at the exit of pitlane, the pair had a three-lapped-car buffer back to the chasing pack of Pato O’Ward, Will Power, Malukas and Takuma Sato.

McLaughlin retained the lead at the start with 36 laps to go, but Newgarden dived inside at Turn 3 to snatch back the lead, while further back Malukas used his fresh tyres to demote Power to fifth. Sato did the same to Power next time by, but then cut in front of Power on the straight and made contact with the Penske car.

That dropped Power into the clutches of Ericsson, a prime title rival, and Power was having to save fuel, just like O’Ward who fell victim to Malukas’s charge on lap 245.

Malukas rapidly dispensed of Herta’s lapped machine and on lap 253 he was under half a second behind McLaughlin, who was getting held up by Newgarden who was trying not to catch up to the back of Kirkwood. 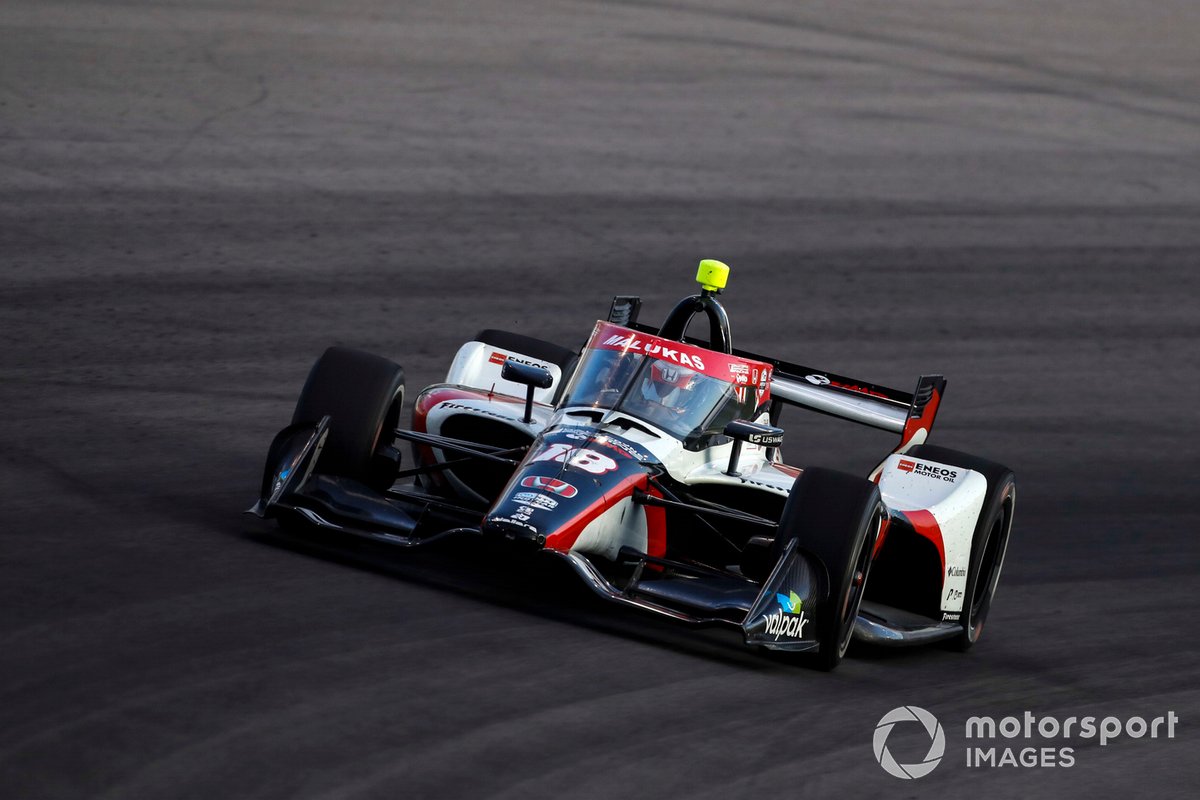 At the start of the last lap, McLaughlin moved to the inside to protect his position, but Malukas flicked his car to the outside, leant on his rubber hard on the higher line and took more momentum to clinch a brilliant second place, just 0.47s behind Newgarden.

Newgarden thus scored his fifth win of the year, to move to just three points behind Power in the championship, with just two rounds at Portland and Laguna Seca to go.

Behind the podium trio, O’Ward staved off Sato to take fourth at the chequered flag, and Power also held off Ericsson to take a damage-limiting sixth place.

Fellow IndyCar title contenders Scott Dixon and Alex Palou both lost ground in the points with eighth and ninth respectively, as Graham Rahal took 10th place ahead of Herta.