The 2016 aero kit packages have been frozen for '17 so Chevrolet and Honda are not allowed to make any developmental changes.

In 2018 a standard kit will be used by both manufacturers, and IndyCar's president of competition and operations Jay Frye thinks that will increase the lifespan of the current Dallara.

"We are coming up with this universal kit in 2018 and its shelf life may be three to five years so when we do a new car has yet to be determined," Frye said.

The DW12 began competition in 2012 and remained a spec chassis for three years before the manufacturers were allowed to develop individual aero kits.

David Faustino, race engineer for 2014 champion Will Power, believes the way the DW12 has evolved has minimised the need for a new car.

"If they have changes like that every two to three years it's enough to not make the car look so stagnant.

"They could swap in a new tub and no one would know the difference." 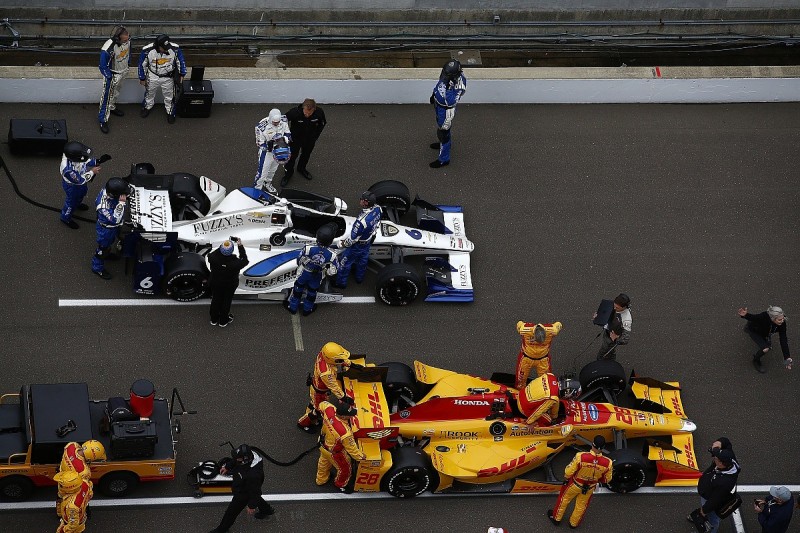 The introduction of aero kits for 2015 increased costs to manufacturers and teams, and split the field at times as Chevrolet initially outperformed Honda by a wide margin.

The hope is that the standard aero kit will resolve these problems and lure a third manufacturer into the series.

"We have a plan and talked about it with our paddock and both Chevrolet and Honda and they are very enthusiastic about that plan," Frye said.

"Simultaneously we have also shared this plan with other OEM [manufacturer] prospects because we thought it would be wise for them to have equity in the direction we are going.

"The worst thing we could have done would be to come up with a plan and then taken it to the other OEMs and they didn't want to do that either.

Frye hinted that other areas of the rulebook - particularly surrounding mechanical grip - could be opened up for development after the standardised aero kit arrives.

"There are more things to come," Frye said.