Gateway will rejoin the IndyCar calendar in 2017, while Watkins Glen's short-notice return has been extended to a longer-term deal

Watkins Glen was added to the 2016 schedule in May when the proposed Boston street race was cancelled, but has now secured a multi-year contract.

The Gateway oval hosted seven Indycar races between 1997 and 2003, initially as a CART round before joining the Indy Racing League calendar in '01.

The deals form part of a 17-race calendar for the 2016 IndyCar season.

Gateway track owner Curtis Francois called it "a monumental day for the people of the St Louis region".

He added: "I knew some day we would be making an announcement like this because I have such confidence in the people of this region and their commitment to great sporting events.

"More than a dozen track operators around the country sought this IndyCar race for their communities.

"I firmly believe we came out on top because of the energy, loyalty and commitment to great sports that sports fans of all kinds demonstrate each day in this community."

Penske drivers Juan Pablo Montoya and Helio Castroneves won at Gateway in 2000 and '03 respectively. Ganassi's Tony Kanaan and Scott Dixon are the only other current drivers who have competed at the 1.25-mile oval.

"I think it's great that we're going back to Gateway," Castroneves said. "Personally, I like it because I've had success there but also that I used to race for Hogan [a St Louis-based CART team], which makes it a special place to me.

"I know that the people of St Louis will get a heck of a show. The track isn't a typical oval with the irregular shape, which makes it challenging.

"It's a track well suited for IndyCar. I'm looking forward to it." 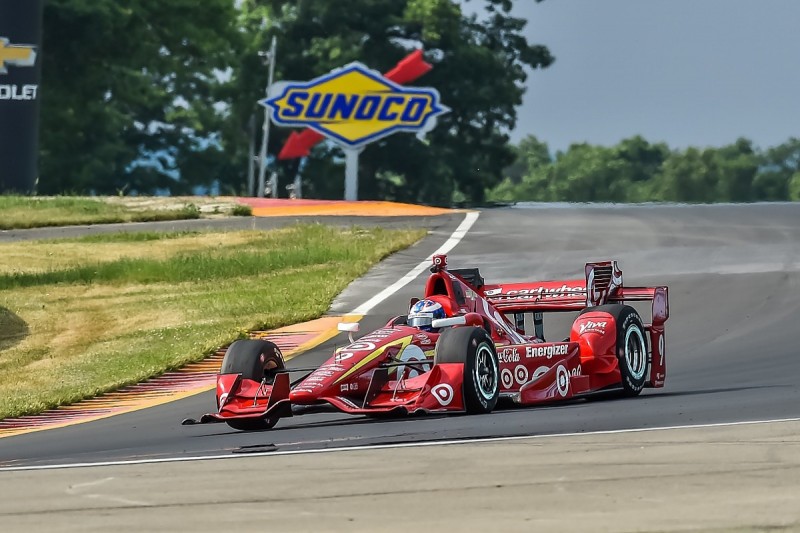 "Gateway officials have been enthusiastic about the prospect of hosting an IndyCar Series event for some time and we're excited to bring the series to the St Louis market," he said.

"Watkins Glen is an iconic American road course that is revered by our fans, drivers and teams.

"Our goal from the beginning was to establish a long-term agreement and we're thrilled that we've been able to extend this relationship for the future."

The 17-race season includes a return to all of the venues on the 2016 schedule, giving the series six contests on ovals, six on permanent road courses and five on temporary street circuits.

St Petersburg and Sonoma hold their places as the season opener and finale respectively.