IndyCar and NASCAR's Texas Motor Speedway to be resurfaced

Texas Motor Speedway will be resurfaced and have a drainage system installed, to avoid a repeat of last year's rain-hit IndyCar race that had to be postponed by two months

The ninth round of the 2016 IndyCar season was scheduled to be run on June 11, but delayed to the 12th due to rain and then red-flagged after 71 of 248 laps due to further showers.

A slow-drying track surface was a factor on both days, and the balance of the race was eventually run on August 27.

NASCAR's November Texas race was also delayed by rain, and the 1.455-mile oval will now be repaved - with a new top layer of asphalt over the existing surface - for the first time since 1997.

To aid drainage, trenches will be cut into the surface on the front and back straights, a drainage mat will be installed and the banking in Turns 1 and 2 will be reduced by four degrees.

Work starts next week and is due to be completed by March, ahead of the first of NASCAR's two 2017 visits on April 9 and IndyCar's round on June 10.

"The fans are why we are doing this," track president Eddie Gossage said.

"The old pavement no longer dried as quickly because, through the years of use and weather, the asphalt became porous, kind of like a sponge.

"Even if we only had a brief shower, it was taking us far too long to get the track dried in order to get on to the racing.

"We owe it to the fans to present the best possible racetrack so they will be assured of seeing NASCAR and IndyCar races, even if we face some brief inclement weather.

"This will accomplish that goal." 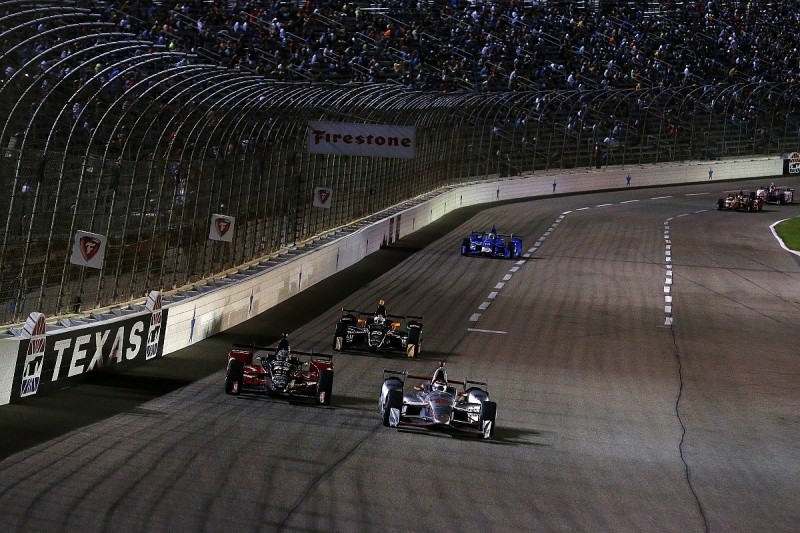 The work on Turns 1 and 2 will reduce the banking on those corners to 20 degrees - differentiating them from Turns 3 and 4 that remain at 24 degrees - and increasing the width of the track from 60ft to 80ft.

Gossage believes that in addition to reducing lap times, the change will also reduce some of the stigma attached to the circuit.

"For years, I've heard the absurd comments about 1.5-mile tracks being tagged as 'cookie-cutter' tracks," he said.

"While nothing could be further from the truth - all 1.5-mile tracks are different - this assures once and for all that Texas Motor Speedway is unique, unlike any other track in the sport.