Formula V8 3.5 champion Pietro Fittipaldi is being considered for the final full-time 2018 IndyCar seat at Dale Coyne Racing, but the team may split duties between two drivers

Ed Jones left the team for Chip Ganassi Racing in the off-season, and Coyne has been searching for a replacement to partner Sebastien Bourdais.

Zachary Claman DeMelo was understood to be the frontrunner for the seat, having made his IndyCar debut at the Sonoma finale last year, and has been testing for the team in 2018.

Fittipaldi recently drove the Porsche LMP1 car, tested for Jaguar in the Formula E rookie test in Marrakech and was invited to drive for Juncos Racing in the latest Indy Lights test.

A chance meeting with DCR team boss Dale Coyne led to him driving the 2018 Indycar at Sebring on Wednesday.

"The [Indy Lights] test went really well and the day after IndyCar was testing and I stayed an extra day just to watch the teams test," Fittipaldi told Autosport.

"Then I met Dale Coyne and we were there talking about stuff.

"It came as a bit of surprise when he gave me the opportunity to test the car on Thursday, it was Sebastien Bourdais' car because he was going to go to Daytona.

"He said he wanted to test me and he put me in the car, so I was extremely happy to get my first IndyCar outing.

"And the test went really, really well, it took me a couple of runs to get used to it.

"The car is similar, downforce-wise, to the World Series [Formula V8 3.5] - in a driving style way at least.

"Obviously, it has more power and you brake deeper and carry more speed into the corners, but the style is similar." 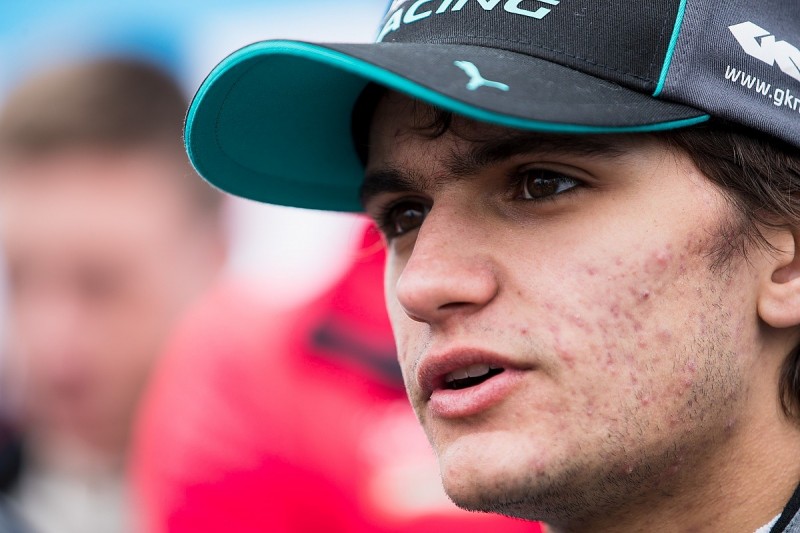 Fittipaldi is expected to announce his 2018 plans in the next two weeks and says that IndyCar is a potential option for him - but that the decision lies with his backers Escuderia Telmex.

"I know that [IndyCar] would have to be finalised very quickly and my plans will be finalised in the next week or two," he said.

"And I'm very excited about what comes next. The last couple of months have been very good for me.

"If I can race in IndyCar it would be amazing."

Jack Hawksworth has also been linked to the seat but has not tested the car, along with Fittipaldi and De Melo.

DCR is open to splitting the seat between two drivers, but either way is aiming to have finalised its line-up before the February 5 test at Sonoma.