Tony Kanaan topped the day three practice times for the 2021 Indianapolis 500 ahead of Conor Daly, as Santino Ferrucci suffered a heavy crash.

Ferrucci’s best lap of the day held firm for third fastest despite suffering a heavy shunt on his 51st lap.

Ferrucci had been fifth in a line of cars and was behind team-mate and defending Indy 500 winner Takuma Sato when he lost the rear on entry to Turn 2, with Ferrucci drifting out of line and hitting the barrier.

The 2019 Indy 500 Rookie of the Year jammed on the brakes but still skidded a long way down the back straight before coming to a halt. The AMR Safety Team was on the scene within 15 seconds, and helped him out, with the youngster hobbling away carrying his left leg awkwardly.

Ferrucci’s team, Rahal Letterman Lanigan, found its misery compounded when IndyCar decided to hand out a punishment for its role in the morning’s minor shunt involving Scott McLaughlin and Colton Herta.

Josef Newgarden’s Penske ended the day fourth fastest and looked very strong on the long runs, as did Alex Palou for Ganassi despite finishing the day 11th. 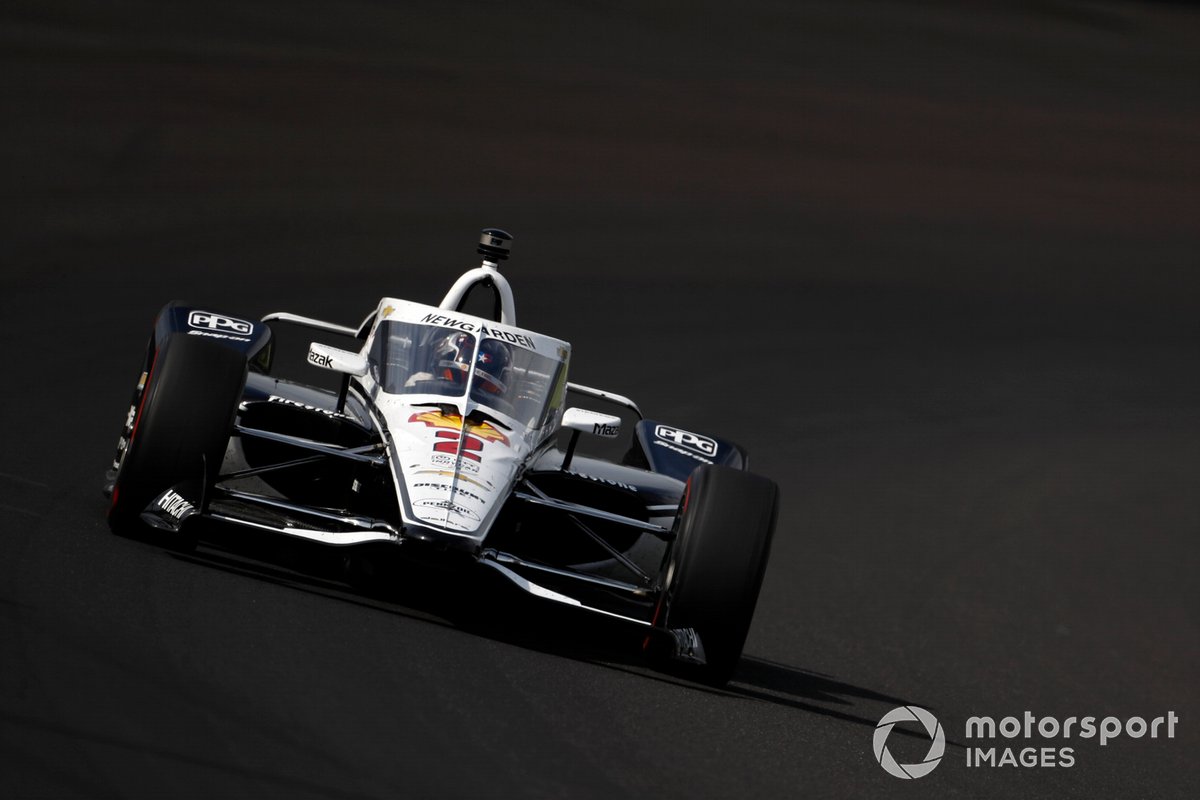 Sato provided some pleasure for his Rahal Letterman Lanigan team in ninth, and was reported to be very happy with the handling of his car, while Herta was the top Andretti Autosport driver in 10th.

Most drivers spent the day running race set-ups, with the majority using no-tow speeds so didn’t improve from the first half of the day.

Thursday’s practice was the last time the cars will run their BorgWarner turbos at race boost – 1.3-bar – before being upped to 1.4-bar for Fast Friday and qualifying this weekend.