Scott Dixon will lead the Fast Nine shootout at the Indianapolis 500 qualifying on Sunday, while Will Power and Simona De Silvestro are among the five drivers who will fight for the last row of the grid.

There appear to be five drivers capable of snatching away Dixon’s first IndyCar pole since the 2017 Indy 500, once the Fast Nine shootout commences tomorrow. Three of them are his teammates – Tony Kanaan, Alex Palou and Marcus Ericsson – who ran in less favourable conditions but clocked third, sixth and eighth fastest.

The others are Colton Herta of Andretti Autosport-Honda, who had the pace to snatch second, and Ed Carpenter in fourth.

The three-time polesitter gave the lie to the theory that Chevrolet were way off Honda while running 1.5-bar turbo boost, as his eponymous Ed Carpenter Racing machine clocked a 232mph opening lap to put him right in Dixon/Kanaan territory. Carpenter ominously radioed into the team after his four-lap run that there was more to come.

Immediately after everyone set their first run times, Team Penske-Chevrolet’s Josef Newgarden headed out to make a second run, and while marginally improving his average speed over the four-lap run, he didn’t improve his 20th place.

By contrast, another Chevy runner, Ed Carpenter Racing’s Rinus VeeKay vaulted from 12th to fifth, only a moment on his fourth lap preventing the Indy GP winner from claiming second.

Marco Andretti made a similar improvement in the #98 Andretti Autosport-Honda to edge away from the danger zone of relegation to the Last Chance Qualifiers, moving up from 28th to 24th.

Palou took a heavy shunt in the #10 Chip Ganassi Racing-Honda, with his car spinning before bouncing across the track, but the Spaniard was able to step out without assistance. He was soon discharged from the infield medical center and cleared to drive.

Having taken the slow line to join the track, Palou hadn’t needed to withdraw his current best four-lap average of 231.145mph so his time is safe and may still get him through to the Fast Nine shootout tomorrow.

Conor Daly in the third Carpenter car abandoned his run, while Sage Karam’s Dreyer & Reinbold Racing-Chevy completed its run but did not improve. 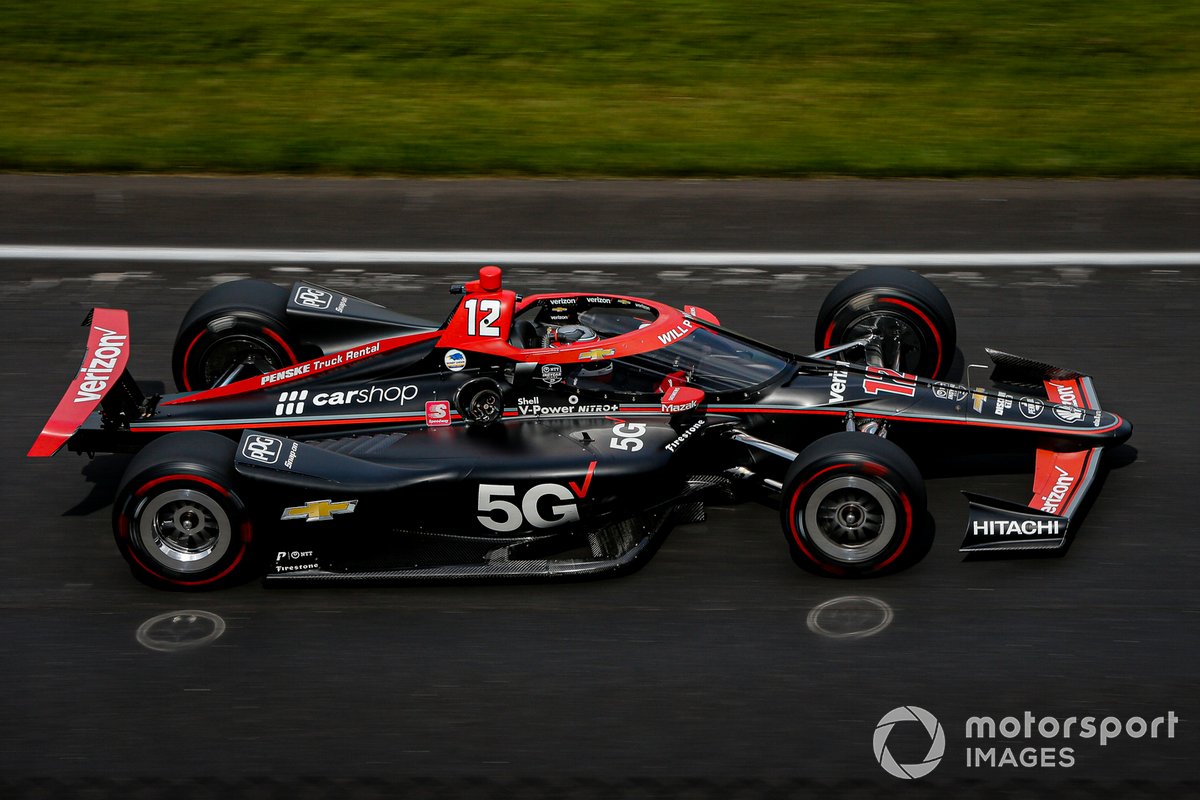 With less than an hour to go of the session, a busy pitlane prompted race director Kyle Novak to decide the order in which cars would hit the track.

Juan Pablo Montoya went out with revised gearing in his Arrow McLaren SP-Chevrolet but couldn’t make any improvement and finished in 24th.

Ed Jones in the Dale Coyne Racing with Vasser Sullivan-Honda, made a major improvement to vault from 19th to 11th, and next up was Stefan Wilson (Andretti Autosport), who again failed to better his time from the first run.

Felix Rosenqvist (Arrow McLaren SP) sat 17th and improved to 14th, while 2020 polesitter Andretti (25th) came next and got fractionally better but didn’t move up the grid.

From the fast line, De Silvestro hit the track in the Paretta Autosport-Chevrolet and while her first lap was 230.2mph, her second was only 228.5. Her pace continued to falter to 226.55mph on her fourth lap, which dropped the Swiss outside the top 30 and will consign her to the Last Chance Qualifier battle tomorrow.

Next up came Team Penske’s Will Power, in the unbelievable position of needing to fight his way into the field. His first three laps were consistent but ranged only from 229.392 to 229.252mph, but his fourth, a 228.885, dropped him to 31st.