Rain caused a four-hour delay early in the initial 'veterans' session on Wednesday, with just 28 laps completed before the first stoppage.

When the session resumed, 2018 Indy 500 winner Will Power usurped pre-rain pacesetter Ed Carpenter at the top of the speed charts, albeit with the aid of a tow, averaging 226.225mph and becoming the first car under the 40 seconds barrier.

Fellow Chevrolet runner Carpenter inched closer and then reclaimed the top spot before an apparent engine blow-up in Max Chilton's Carlin car brought out the yellows once more.

Before more rain ended the session 15 minutess early, Spencer Pigot moved the second Ed Carpenter Racing Dallara-Chevrolet into third, while Ed Jones in the ECR with Scuderia Corsa entry clocked seventh fastest with his final lap of the session.

Between Jones and fourth-placed Power were two more past winners, Ryan Hunter-Reay of Andretti Autosport and Scott Dixon of Chip Ganassi Racing.

Simon Pagenaud, who started second at Indy last year, was eighth in a second Penske car, just a tick ahead of compatriot Sebastien Bourdais in the Dale Coyne Racing with Vasser-Sullivan Dallara-Honda, and 2016 rookie winner Alexander Rossi in the second fastest Andretti machine.

The 2016 polesitter, James Hinchcliffe, who failed to qualify for last year's race, turned the most laps of the session - 49 - and finished 15th of the 20 participants.

The 2013 Indy winner Tony Kanaan, who led last year's Indy for AJ Foyt Racing, suffered an oil leak that kept his car in the garage for most of the day.

The 'rookies and refreshers' session was delayed until 5.45pm local time, and a planned 'allcomers' session at the end of the day was cancelled. 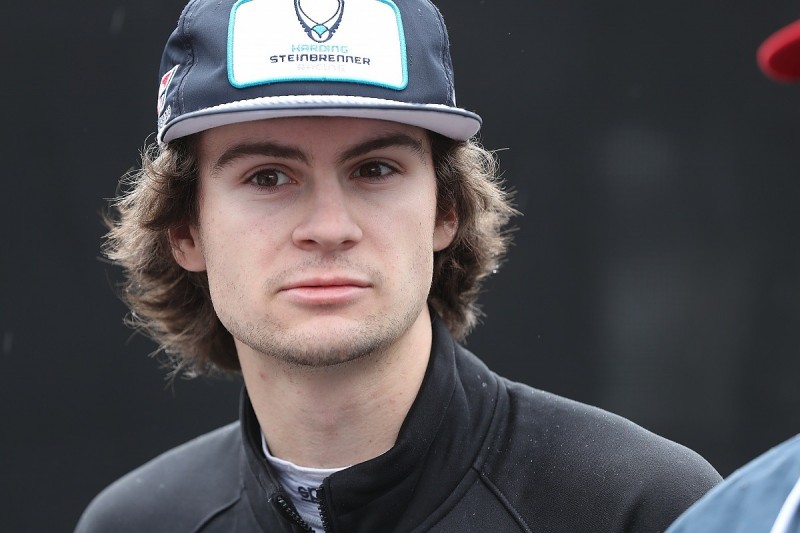 Austin race winner Herta took advantage of it to turn 61 laps and emerge with the fastest speed of his session - 226.108mph in his Harding Steinbrenner Racing Dallara-Honda.

That was fifth fastest speed of the day, admittedly set with the aid of a tow from both Alonso and the Arrow Schmidt Peterson Motorsports Dallara-Honda of Marcus Ericsson.

But Herta's best lap without the aid of a draft, was in fact the fastest no-tow speed of the day, an impressive 223.121mph lap.

Alonso stumbled away on his out-lap at the start of the session and needed to be towed back to the pits.

Initial television reports suggested a battery problem, but a subsequent 45-minute absence from the track hinted at something more significant. 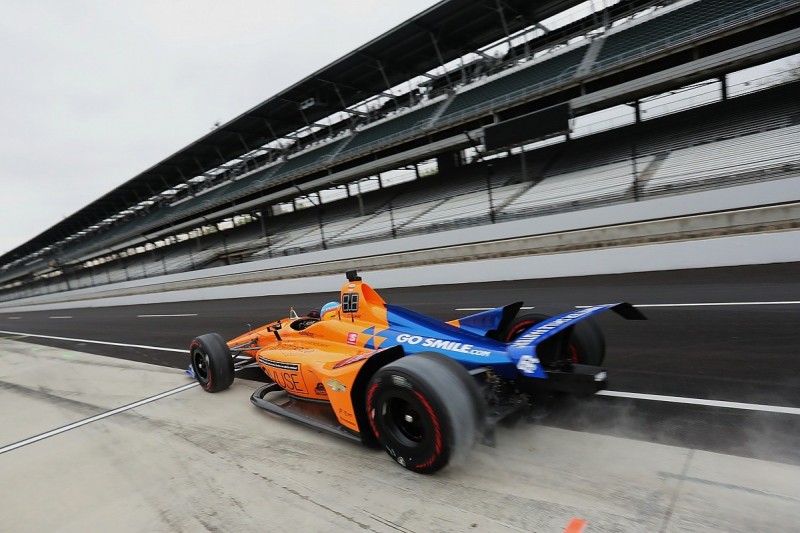 Felix Rosenqvist, who like Herta has previously competed at IMS in the Indy Lights series, finished in fourth place ahead of Conor Daly who was suffering severe helmet buffeting in the fifth Andretti Autosport car.