Will Power overcame traffic and a late brace of cautions to secure his first IndyCar victory of 2021, beating Romain Grosjean at the Indianapolis Motor Speedway road course.

With O’Ward then taking on the hard tyre, he posed little threat to the soft-shod Power, who opened up a seemingly unassailable lead over Colton Herta - the Andretti Autosport driver having relegated O’Ward down a further place.

Power was then stuck behind Herta's team-mate James Hinchcliffe after the second round of stops, the Canadian fighting the tide in attempting to remain on the lead lap.

Hinchcliffe’s recalcitrance allowed Herta to trim Power’s lead, which had stretched out to 9.5 seconds at its peak.

Attempting to clear Hinchcliffe by coming in early for his final pitstop, Power was dismayed to find Hinchcliffe also stopping ahead of him.

Just as Herta had closed to within two seconds of Power, with Grosjean in tow, the Honda engine in points leader Alex Palou’s Chip Ganassi Racing machine engine cried enough on lap 68 to bring out the race's first caution.

Hinchcliffe was then moved to the back of the field to free up Power, whose main threat became Grosjean at the restart as the Dale Coyne Racing driver nipped past Herta at the first corner with a brave dive around the outside.

Power was able to keep a one-second buffer over Grosjean, but was then forced to contend with another caution as Rinus VeeKay (Ed Carpenter Racing) was thrust into a spin at Turn 7 by Power's team-mate Scott McLaughlin – leaving the Dutch driver requiring roadside assistance after stalling. 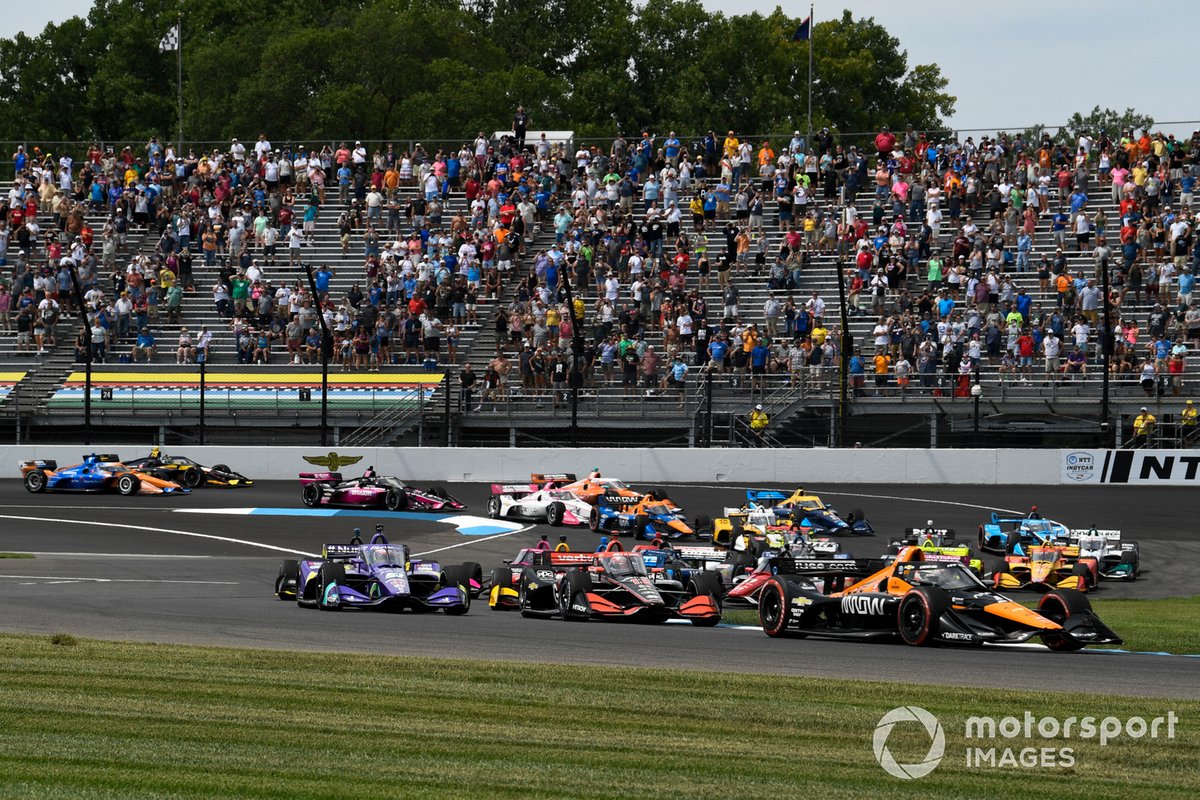 But Power aced the restart and darted off into the lead, seeing out the remaining six laps to claim his 40th victory in the US open-wheel top flight.

Grosjean claimed second once more on the Indy road course, having done so at the previous race on the infield configuration back in May when VeeKay broke his duck.

Ex-F1 racer Grosjean saw off Herta’s final assault in the last few laps, leaving both drivers to hang on after both had used up all of their push-to-passes.

Alexander Rossi (Andretti Autosport) claimed his best result of the year in fourth, spending most of the race battling with Meyer-Shank Racing's Jack Harvey, although the two were separated by O’Ward at the flag.

Nashville winner Marcus Ericsson was able to take advantage of the duo’s contact at Turn 1 to claim ninth, leaving Sato to complete the top 10.

Rookie driver Christian Lundgaard, making his first appearance in IndyCar, could not follow up on his impressive qualifying pace. After starting fourth, the RLL driver lost a number of spots throughout the race and slumped to 12th at the flag after a difficult mid-race stint on the hard tyre.

Palou’s retirement means that his points lead has been cut to just 21 points over O’Ward, with four rounds remaining.