Championship leader Alex Palou drove to the top of the times in opening practice for the Big Machine Spiked Coolers GP on the Indy road course, while IndyCar debutant Christian Lundgaard finished the session in seventh.

May’s GP of Indy winner Rinus VeeKay of Ed Carpenter Racing-Chevrolet was the first driver to duck into the 71sec bracket, with a 1min11.8641sec effort on his fourth lap, with Jack Harvey of Meyer Shank Racing-Honda – traditionally fast around here – his nearest competitor, 0.155sec behind.

With 20mins to go, Lundgaard, Formula 2 race winner, jumped up into sixth in the #45 Rahal Letterman Lanigan Racing-Honda, while Helio Castroneves in the second MSR-Honda went second, displacing teammate Harvey, and Conor Daly put his ECR-Chevy into fourth.

Among the minor mistakes and use of run-offs, Penske-Chevrolet’s Will Power had a little adventure with 18mins to go when he locked up his brakes in the #12 Penske at Turn 1, then missed the rejoin route in the run-off and drifted onto the banking of Indy oval Turn 4. He was refired by the AMR Safety Team and returned to action.

Then Power sprung to the top of the times for drivers on primary tires, producing a 1min11.5371sec.

Naturally, times really started to come down once the softer-compound alternate Firestones were put on, and VeeKay clocked the first 70sec lap – 1min10.9062sec – before Lundgaard set time less than quarter-second slower. 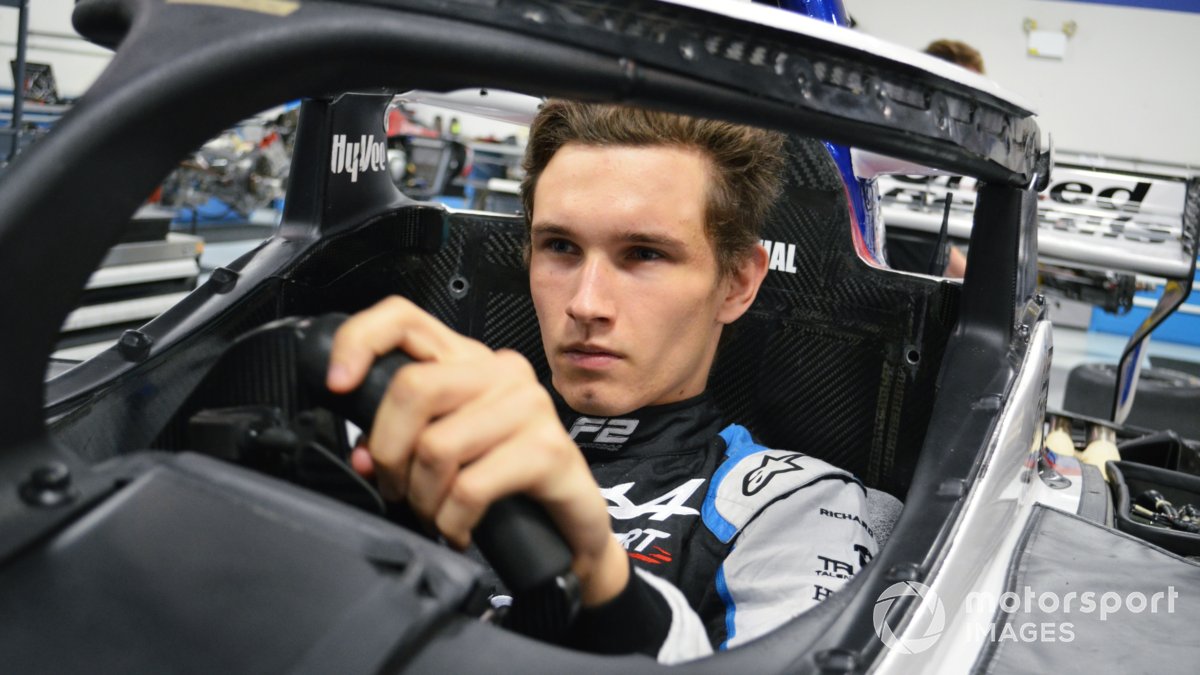 Alex Palou hit P1 with a 1min10.8839sec, and Graham Rahal all-but matched Lundgaard to go fourth before the fun was put on hold with a red flag for Colton Herta’s Andretti Autosport-Honda which ground to a halt at pit exit with a dragging clutch and an oil-pressure problem.

With three minutes to go, most of the remaining 28 cars hit the track once more. Rahal fell off the track at Turn 7 for a second time, while veteran teammate Takuma Sato had an unnecessary run-in with Jones.

VeeKay drew to 0.0233sec behind Palou’s top time, while O’Ward bounced into third ahead of Harvey.

Josef Newgarden, who will take a six-place grid penalty,  snatched fifth at the last gasp, a couple of hundredths ahead of Penske teammate Power.

Lundgaard showed no qualms about using the extra grip from the Firestone reds to stay well inside the Top 10.

Ryan Hunter-Reay swerved around the recovering Rahal to take 10th, ahead of AA-Honda teammate Alexander Rossi.

Top Gun Racing made an encouraging return to action – the first time it has entered an IndyCar race since its DNQ at the Indy 500 – as RC Enerson did his traditionally impressive job to end up 22nd, just 1.1sec off the ultimate pace.

Despite finishing 27th of 28 cars, Jimmie Johnson could take huge encouragement from the session, too, within 1.5sec of pacesetting teammate Palou.