Juncos Hollinger Racing has confirmed Callum Ilott will remain in the #77 entry for a full 2022 IndyCar Series campaign.

The Ferrari Driver Academy member  will compete in his third IndyCar outing at the Grand Prix of Long Beach this weekend, having also raced at Portland and Laguna Seca.

Next year he will run all 17 rounds of the IndyCar season, including five ovals, five street courses and seven road courses.

“Coming into the final weekend of our three-race run on the west coast, it’s great to announce that I will be continuing next year with Juncos Hollinger Racing for the 2022 IndyCar Series season,” said Ilott.

“Obviously we have had a steep learning curve here the last few races to try to put everything together.

“We have had some real positives and know the things we need to work on. Knowing what Ricardo Juncos and Brad Hollinger have in place for next season and especially over the winter of what we can do in testing, I definitely feel we can put ourselves in a great position to start off the 2022 season strong.

“I look forward to continuing the work that we are doing and heading into the winter to start a new journey over here and I would like to thank the Ferrari Driver Academy for allowing me to take this opportunity.”

“We were very impressed with his feedback and the physical condition of Callum after Laguna. After a long tough race at Laguna, he got out of the car not even showing any signs of fatigue. Considering Laguna was a full green-flag race, Callum proved to be in incredible shape.

“We know we are not the fastest car on track and have a lot of developing to do, but Callum pushes himself to get everything out of the car and has shown great speed. 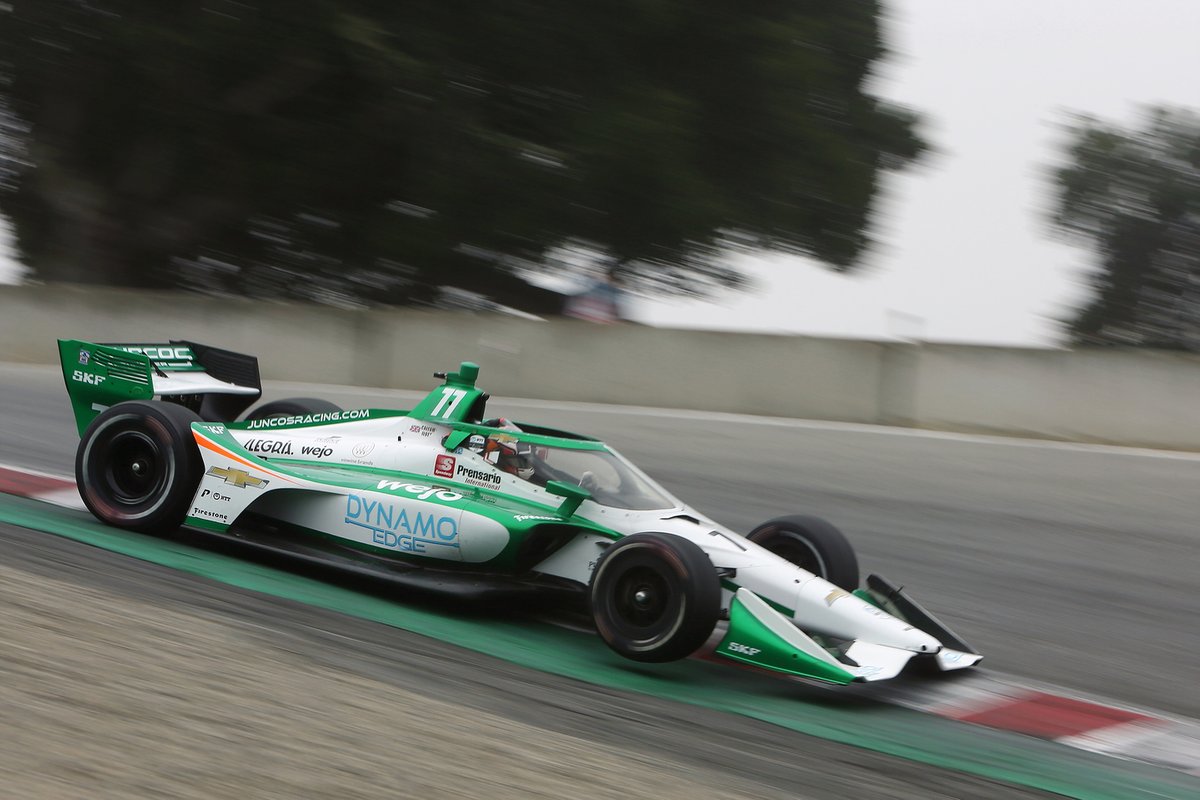 "Over the past few weeks, Callum has shown us he is the right driver for our full-time run next year, so we are thrilled to have him join our programme full time.

“We will be building our program in all areas and will have the time to test and continue our development as a team. I want to thank Callum for committing to our new IndyCar Series programme and look forward to our full-time effort as a team next year.”

Co-owner Brad Hollinger has been impressed by Ilott's talent and maturity, and is confident the driver and team will surprise their rivals next year.

“Our goal was to secure a talented driver for the final three races of the 2021 season so that we would have a strong baseline going into a full run in the 2022 season," said Hollinger.

"Therefore, we were quite happy to have a driver like Callum to work with these final three races.

“He proved he can perform during the past two races in a variety of areas. Callum has maturity beyond his age and has a very enthusiastic personality.

"We knew we had the driver we wanted for the 2022 campaign after his strong performance during the Laguna event, particularly during the later stages as his lap times were consistently equal to the ninth and 10th car paces.

“I am elated that Callum has chosen Juncos Hollinger Racing to continue his racing career. The continuity this gives us throughout the winter and into next season is invaluable in creating a cohesive winning team.

“I could not be more excited for the 2022 season and expect we will surprise people during the year with Callum.”