Alfa Romeo Formula 1 reserve driver Callum Ilott says that racing an IndyCar in Portland next week could be the first step toward a full-time ride in the series.

The 2020 Formula 2 championship runner-up will make his US open-wheel debut with the newly renamed Juncos Hollinger squad, Ricardo Juncos's team revealing a tie-up with new partner Brad Hollinger last month as it returns for the final three races of 2021 for the first time since the 2019 Indianapolis 500.

Speaking during the lunch break after his first test on the Indianapolis Motor Speedway road course, Ilott said that returning to competition in an open-wheel car was a strong factor behind his exploratory outing at Portland, and said F1-convert Romain Grosjean's strong form after making the switch with Dale Coyne Racing had encouraged him to consider his long-term prospects.

“I can't say no to competition, for sure,” he said.

“The thing that motivated me obviously was looking at IndyCar as a central option. Seeing Romain go over here, it's definitely a great opportunity, a great thing to do.

“For me, I've been recommended this series for a long time, because of my style, because of the way I approach things. It seems a lot of people think it's perfect for me, so I'm here to give it a go.”

Ilott explained that he was impressed by the plans that the “very well-trusted” 2015 and 2017 Indy Lights-winning team boss Juncos had shown him.

“I'm quite interested in Ricardo and the future that they have because of his ideas and the projects he can put together,” he said. 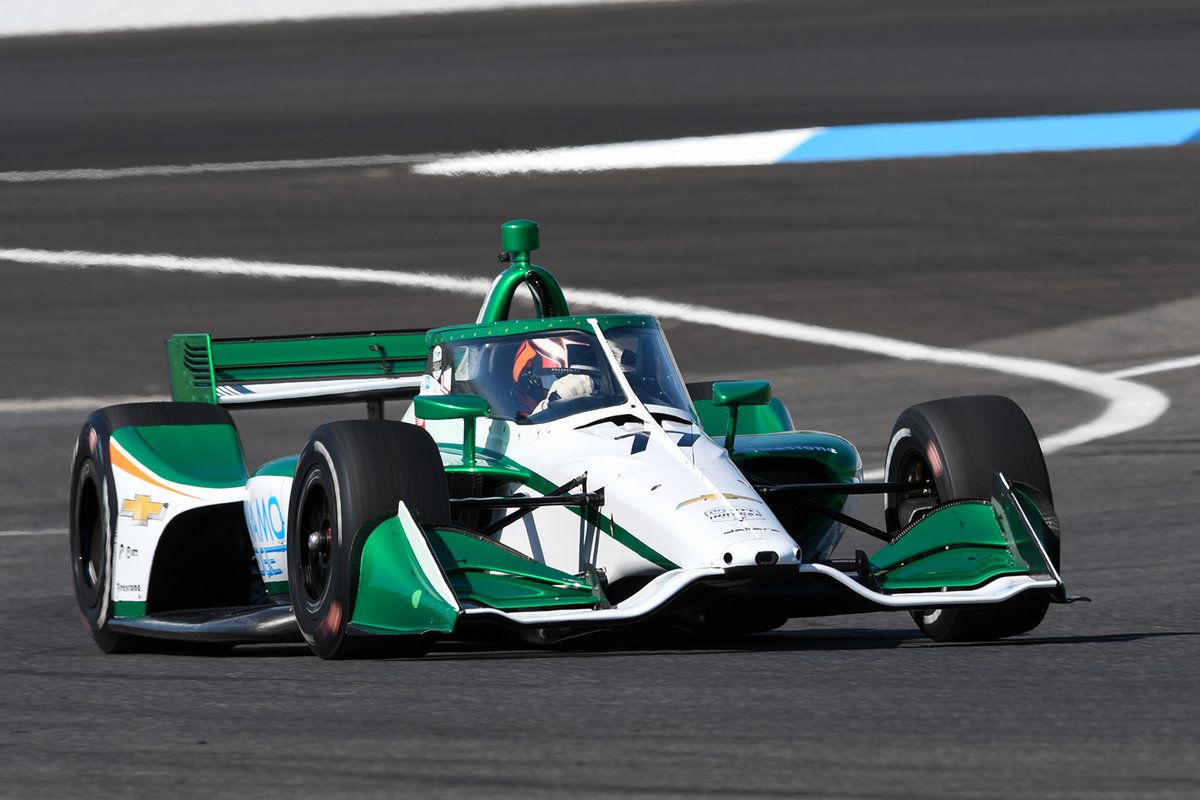 “He has a great motivation for the sport, it's a great team to be with. I'm looking forward to kind of hopefully build on a future with them.

“I'm enjoying it a lot here. It's attracting me more and more to do this in the future.”

Asked about the prospect of going oval racing, 22-year-old said that he was “definitely not against it” and said he was “in good hands with Ricardo to teach me – to get me ready, basically – if I have to do that”.

Ilott added that F2 racer Christian Lundgaard's impressive recent cameo with Rahal Letterman Lanigan at IMS, the Dane qualifying fourth before slipping back in the race, meant he would inevitably face certain expectations but he said he isn't interested in what anybody else thinks.

“We've got to work and have realistic goals, he said.

“Obviously people can have expectations of me, but they know where I stand after last year with Christian in Formula 2. They know my speed.

“At the end of the day, we will work as we should. We've got to be focused and get what we can. Portland is a small track, but it doesn't look easy. It's tough, very tight.

“I'm focused and I don't care what people's expectations of me are. People know how fast I can be. Once we get it right, whether it's in Portland or afterwards, we'll see.”

Juncos praised his newest recruit’s quick adaption to the car after some early electronics issues and his ability to recall information.

“Everything we tell him once, he remembers, he does it without telling him,” he said.