Honda is optimistic that it can be competitive immediately with its new twin-turbo IndyCar engine, despite rival Chevrolet having an additional two seasons of experience racing the twin-turbo configuration

IndyCar regulations for 2014 mandate a twin-turbo V6 engine, which Chevrolet was already using.

Honda started the current manufacturer war era using a single-turbo layout, although it had already begun developing a twin-turbo engine for 2014 before the new rule was introduced.

The new engine has already been track-tested three times - twice at Sebring (pictured, with Andretti's James Hinchcliffe) and once at Fontana - and HPD technical director Roger Griffiths told IndyCar.com that the unit is already a match for its predecessor, which helped Scott Dixon to claim the 2013 championship.

"We were very surprised with the rate at which we reached the same sort of level of performance with the 2014 engine, given that it was all sort of new," he said.

"We started out with a strict test plan. We tried not to straight out of the gate get too distracted if, say, the initial feedback from the driver was not great.

"We'd rather not jump to item 10 on the test list; we'd like to go item one, two and three, and step our way through. While the driver might not think he's making much progress, we actually learn a lot about what's going on.

"We were pleased with the mechanical installation of the engine and the twin turbo. It worked as intended and we came away from the running with a lot of data and driver feedback." 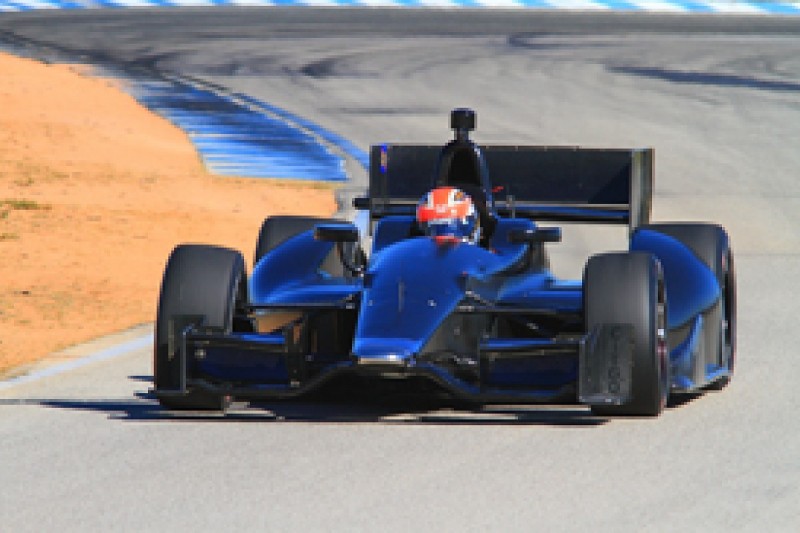 "I think we have a good understanding of the twin turbo application and that in itself will be an advantage initially," he said.

"[The competition] pushes the engineers to gain a competitive advantage and that's what it's all about. It certainly makes it more exciting for the fans."

Both Honda and Chevrolet are required to have their engines homologated at the end of this month.

Vautier could switch to sportscars if he can't secure IndyCar seat