In the first season of manufacturer-developed aero kits on the series' Dallara chassis, Honda struggled against Chevrolet, whose drivers swept the top three places in the standings.

Honda made progress during the second half of the year, but only after Chevrolet-backed teams won eight of the first 10 races.

"The engine homologation rules allow for certain changes each year, and this year a lot of the combustion chamber areas - so the intake ports, the cam shaft, the cam timing, that stuff - was open for homologation," Honda's Art St. Cyr said.

"So we actually did make some pretty significant jumps in engine power.

"Last year it seemed like we were pretty good, especially in the low‑speed corners, we were actually pretty fast, so we would say that we were fairly competitive with the competition on the engine side.

"So we had a pretty good starting point, but this year we did make a pretty good jump in both torque and horsepower on our engine to hopefully be even more competitive.

"I would honestly say that a lot of the performance gain that you will see from straight-line speed will be more attributed to our engine than actually our aero kit.

"Our aero kit philosophy was more to make the window wider so that teams could actually drive the cars harder.

"But a lot of the speed difference that you'll see will be due to increases in the engine performance."

Compared to Chevrolet's 2015 kit, Honda had more drag on the road, street and short ovals but appeared to be competitive on the superspeedways.

Much has changed during the off-season, with Honda securing concessions to make improvements, other than to its superspeedway kit.

"Part of the issues that we had last year was a recognised aerodynamic deficiency," St. Cyr added.

"We believe we had it in both the superspeedway and the road-course trim.

"The Rule 9.3 that was stated said that it allows you to catch up to where the competition was.

"But in the superspeedway they deemed us not to have quite the disadvantage, although the results of the Indy 500 [an all-Chevrolet top four] might say something different.

"Then we still had Rule 9.2, the open area boxes to develop, so both Honda and the other side are working with those, as well.

"So the difference that you'll see is really mainly due to those [9.2 areas]."

The brand's top driver in 2015, Graham Rahal was its best in the second session, in fourth, leading a chain of five Hondas in the top 10. 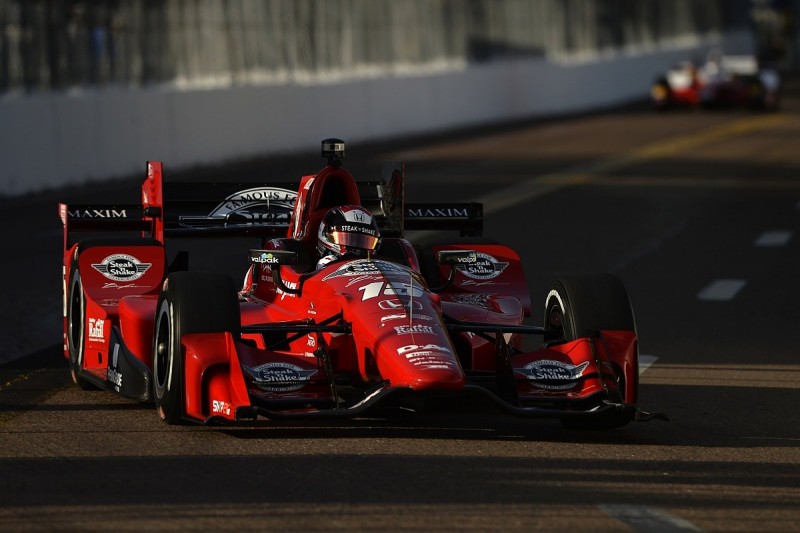