Colton Herta believes that the increased race length for this year’s Firestone Grand Prix of Monterey will cause major issues for several IndyCar drivers.

With tomorrow’s race set for 95 laps, compared with 90 run in 2019, teams and drivers are likely to struggle to stretch their tyre life for increased stint length.

Fuel-wise, the race is expected feasible on three stops, as per this same event two years ago, but with the track surface at Laguna Seca being notoriously tough on tyres, Herta believes preserving the rubber long enough to be turning fast laps at the end of a stint will be a tough task.

The pole-winner, who also took pole and won the race here two years ago, observed: “You’re going to be driving quite a bit under the limit, especially on the reds [Firestone’s softer alternate compound tyres], especially with the added five laps, right?

“Understanding that, I think guys are going to be really cautious. Whatever they start the race on, whether it be blacks [harder primary Firestones] or reds, you'll see guys tend to be more aggressive or staying calm.”

"Tyre wear, especially stints on the reds, [will be] even more critical. My initial feeling is that it's going to be a black [-favoring] race. You're going to want to get off those red tires.

"I guess the important thing we'll try to learn about [in Sunday morning warm-up] is how long can we make those tires last before the huge dropoff comes in.” 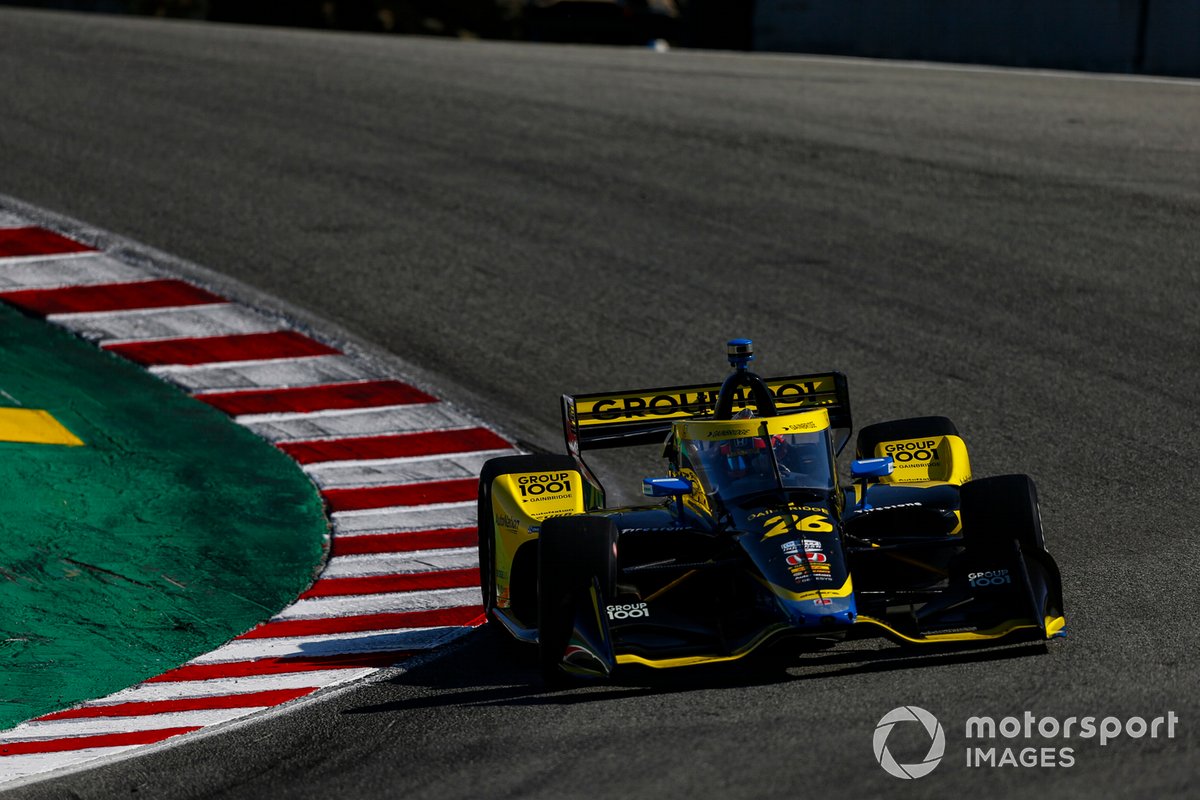 The seven-time pole-winner said that all teams will make major changes overnight to try out during the warm-up session, in a bid to assess the best tyre strategy for the race.

“I think we're probably a little bit better on reds than blacks,” he said.

“We're a little loose on blacks. Obviously when you go to the reds, [it has] has a lot more rear grip, a lot more understeer. Maybe the car is set up a little bit better for the reds. That was the goal.

“We'll have to wait and see for warm-up. There's going to be a lot of changes tonight that guys are going to do to kind of settle the rear down…

“We set it up in qualifying more for reds because we expect to have understeer on reds and oversteer on blacks.

"We set it up to diminish as much understeer on reds, but that means the blacks are getting looser and looser every time you do that.

“This is a place we probably do some pretty big changes between qualifying and the race to settle that rear down.”