Colton Herta admits he didn't think he had a chance of winning the IndyCar season finale at Long Beach after qualifying in a lowly 14th position.

The Andretti Autosport driver stayed out too long on Firestone's primary compound tyre in Q1 and grazed the wall before switching to the softer alternate compound, when a bent toe-link gave out and left him unable to progress to Q2.

But despite getting caught up in the early incident triggered by Ed Jones spinning championship challenger Patricio O'Ward - resulting in Herta riding over team-mate Ryan Hunter-Reay's left rear - he made rapid progress in the race to lead 43 of the 85 laps and secure his third win of the season.

It was also his second in as many weekends, after a strong run at Laguna Seca.

Herta admitted he was “pretty upset at myself” for his qualifying error when he believed the car had strong pace, but despite his encouraging race pace said he didn't believe the win was on.

“I didn't think we had a shot at winning, to be honest, he said.

“I thought a podium would be a reach, but possible. I thought that was going to be the maximum.

“I was very surprised by how much pace we were able to have. When I saw by like lap 15 or something we were in fifth, I couldn't believe it.”

Herta added that he was “very surprised when we were able to keep going after hitting Ryan in the rear”.

“We had a little bit of damage to the right front, but luckily it wasn't enough to take us out,” he said. “We could keep running around and be quick. 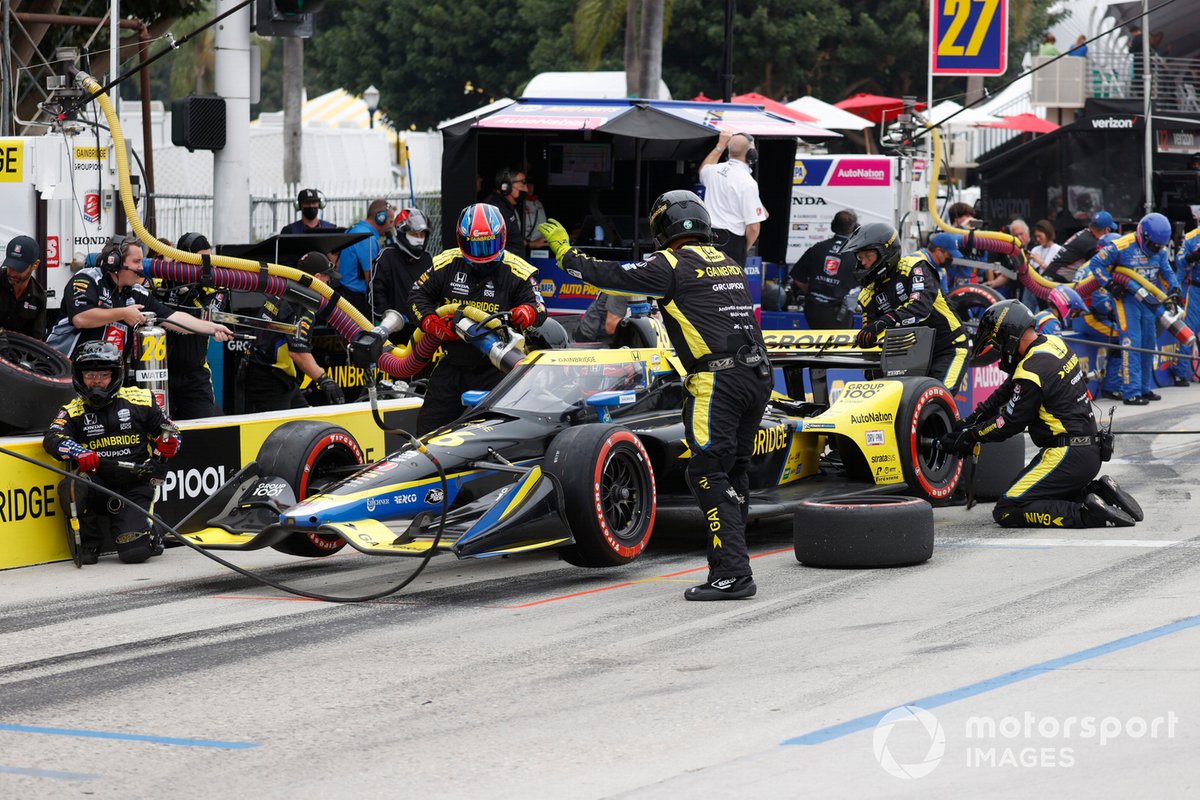 “The steering wheel was pretty right-hand-down for most of the race. I thought it was getting worse. Every time I would turn left, I had a lot of understeer.

”But when I turned right, the thing would chuck it in – it was really fast! I needed to get a little bit used to that. Once I did, it wasn't that big of a problem.”

The victory was particularly special for California native Herta, who regards Long Beach as IndyCar’s biggest event outside of the Indianapolis 500. He first attended the event in 2000, at two weeks old.

“This is the biggest race for me outside of Indy,” said the 21-year-old.

“I remember growing up around here, coming to this race every year when I was five, six, seven, all the way up until I was racing in IndyCar in 2019.

“I can't believe I won it on my second try, I'm super happy. This is a big one for me.”