Andretti Autosport IndyCar driver Colton Herta says he believes both he and his former driver father Bryan are sufficiently "mellow" that they can avoid friction in their new working relationship.

Since retiring from racing in 2008, 1993 Indy Lights champion Herta Sr has concentrated on team ownership with his eponymous Bryan Herta Autosport squad famously running Dan Wheldon to victory in the 2011 Indianapolis 500.

Herta Sr has been a part-owner and strategist for the #98 Andretti-run car driven in recent seasons by Marco Andretti, but with the third-generation racer opting to take a part-time role in 2021, he will switch to strategy duties on the #26 car driven by his son.

Speaking at IndyCar's content days, Herta said working with his father - a four-time race winner between 1994 and 2006 - was "going to be a big change for me", but was optimistic that the partnership would prove fruitful.

“I think you can tell by now that we're both pretty mellow," said Herta, who finished third in 2020.

"We don't get excited and we don't get upset or very sad. We stay pretty even, our emotions don't really get the better of us.

“I think the other personalities will get heated at each other, where I don't think it would happen with us because of how mellow we are.” 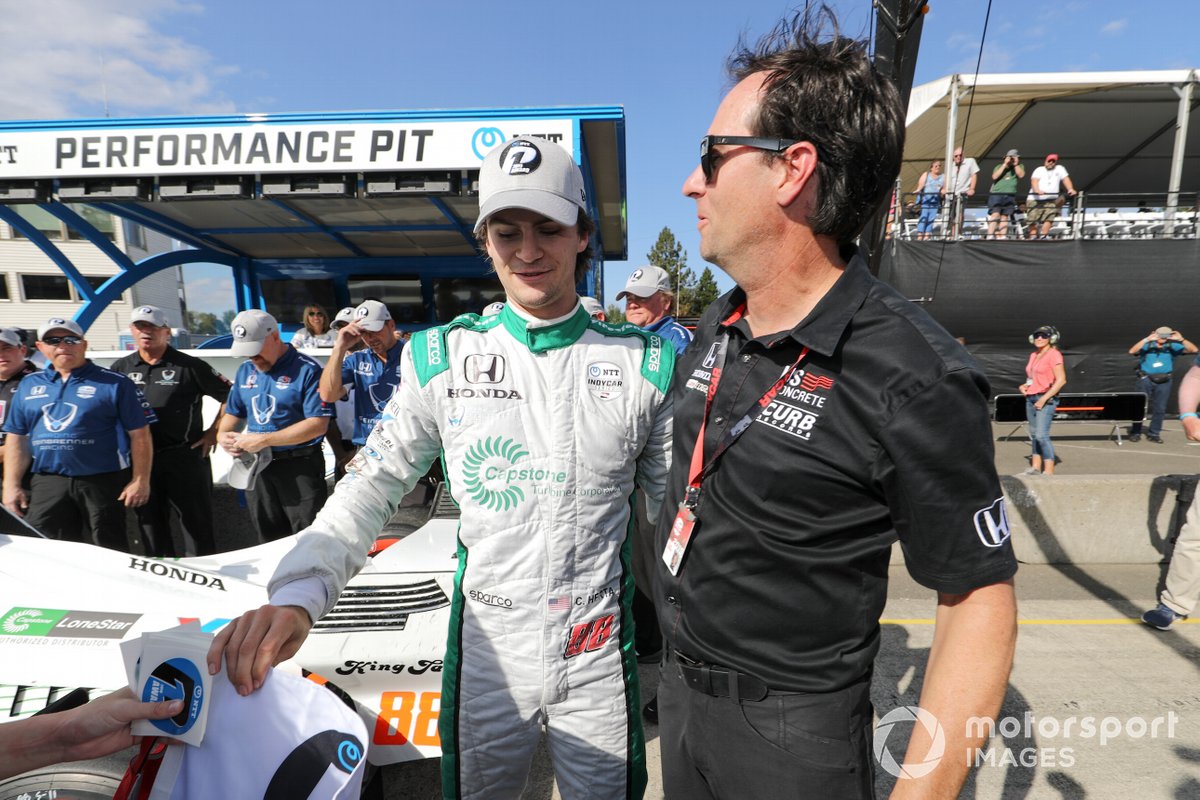 Herta said he was targeting "a tiny bit more consistency" to become a true title contender in 2021, and has identified improving his fuel-saving technique relative to team-mate Alexander Rossi as a key area to improve on.

“I think there were a few places that some guys – really just Rossi that I was comparing to – two rounds in particular that he was able to get a little bit better fuel mileage without being too much slower than I was," he said.

"He was able to go a lap longer at some of the places. That's kind of like the key for me this year.

“Everybody understands how important pit stop cycles are in IndyCar, and strategy: it makes or breaks your race.

"Being able to save that little bit more fuel, still be in touch with the leaders, can open a whole new array of strategy options for you during the race.”

Herta thrilled to deliver for Andretti after “pretty embarrassing” Mid-Ohio