Jack Harvey was left satisfied with his Portland fourth place, but believes the Meyer Shank Racing team should have been clocking results like that throughout the IndyCar season.

Harvey started second and finished fourth in the season’s second round at St. Petersburg, but then suffered a largely miserable run of nine races that emulated much of his ill fortune in 2020.

The Portland race looked like it might be another missed opportunity; despite being third fastest in first practice and fifth fastest in second practice, the qualifying session in between saw him puzzlingly off the pace and lining up only 20th

However, he made up four places on the first lap thanks to one of the first turn collisions, and then was boosted to 10th as Race Control demoted all those who had failed to negotiate the Turn 1/2 chicane.

Thereafter Harvey drove a superb race, showing restraint when needing to save fuel but putting in hot in- and out-laps to deliver fourth place – first of the cars home to run a two-stop strategy.

Two of those he defeated who also completed only two stops were championship contender Josef Newgarden on the same strategy, who finished 0.7s behind him, and long-time race leader Graham Rahal who wound up 10th.

"We gained about half of our spots by just avoiding the messes down at Turn 1, but honestly the rest we gained through our strategy and speed," Harvey told Autosport.

“The car felt pretty strong, and obviously I wish we could have achieved results like this earlier in the year.

“We went into the race thinking we would run most of the race on blacks [Firestone’s harder primary tyre], but after doing 40 laps in the first stint on reds [softer alternate compound], we thought they were pretty good. 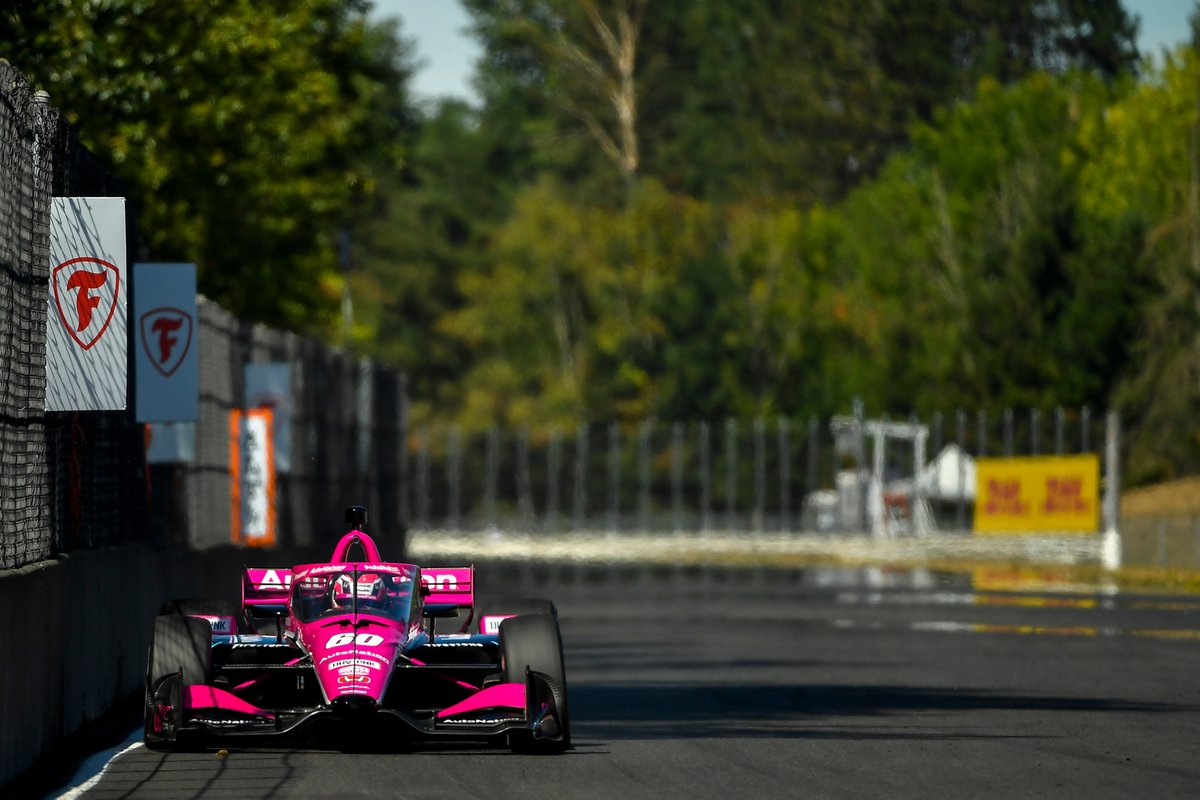 "After we ran scrubbed blacks in the middle stint [36 laps], we went back to reds for the final stint [34 laps] and that was a good decision made on the fly. The team asked me what I thought, I agreed, and it worked out well.

“All in all, just a well-executed day, I thought. We had a good strategy but we were flexible enough to change it, mainly because we had the speed. We held off a two-time champion, Josef, which says a lot.”

Harvey admitted he couldn’t help but feel rueful that the MSR team was now improving, following his choice to leave the squad at the end of the season.

“I think we could have had these kinds of results a lot of the time,” said the two-time Indy Lights runner-up.

“To be able to chase a multi-time champion like [Scott] Dixon for third, and hold off another multi-time champ like Newgarden, that’s the kind of thing we should be capable of.

"I do feel we’ve been there plenty of times but just not been able to get the end results.

“This time, nothing went wrong and we showed our potential which we’ve all felt we had. I mean, you could say it’s too little, too late, but hopefully we can close out the season with two more strong performances leading to strong results.

“If we can be strong in every session and not turn shit in qualifying at Laguna Seca and Long Beach, then I think we can do even better.”