Harding moved into IndyCar for the 2018 season having taken part in last year's Indianapolis 500, and signed Chaves to its one-car team.

But results have not improved. Chaves's best finish so far 2018 is a pair of 14th places, and Daly (pictured below) will now take the seat after a one-off drive in the Indianapolis 500, having lost his AJ Foyt Racing seat in 2017. 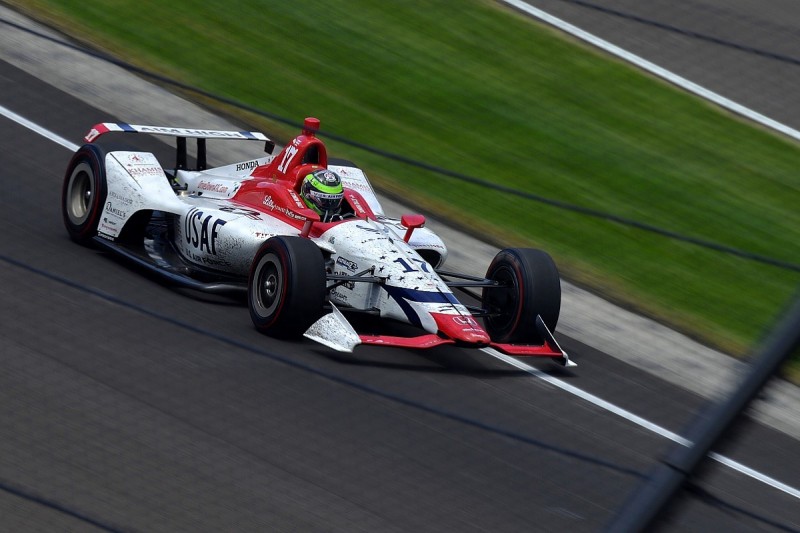 "At this point in the season, we are focusing all our attention on the 2019 season," said Harding Racing team president Brian Barnhart.

"If we can expand to a two-car team, all remaining races and testing will offer driver evaluation opportunities to determine who will become Gabby's team-mate in 2019.

"Gabby is still fully employed and still under contract with Harding for the remainder of this year and in 2019."

Harding's press release makes no mention of when Chaves will return to the car, or as to whether Daly will remain at the wheel, with six races left in the 2018 IndyCar season.

Daly is also slated to take part in the NASCAR Xfinity series race at Road America on August 25, which clashes with IndyCar's Gateway round.