IndyCar Series points leader Scott McLaughlin says he’s “gutted” but “will learn from this” after he lost Sunday’s race at Texas Motor Speedway in the final few yards.

McLaughlin led 186 of the event’s 248 laps when he came up on lapped traffic, with Team Penske team-mate Josef Newgarden on his tail.

McLaughlin couldn’t clear David Malukas’s 11th-placed car entering Turn 3, which allowed Newgarden to get the run on him through the final two corners. Newgarden used that momentum and the outside line to power past McLaughlin by just 0.0669s.

“Second is a great day, unfortunately we led a lot of laps and at the end of the day we lost it,” McLaughlin told NBC after the race. “But if you’re going to lose it to anyone, your teammate’s the guy you want to lose it to, so credit to Josef and the PPG team.

“Gutted we couldn’t get it done for Xpel and Chevy, but at the end of the day we were there and I learned a lot in this race. That bodes pretty well going to the [Indianapolis Motor] Speedway. I’m gutted, it’ll hurt. It is how it is. But I’m pretty proud of how we run.” 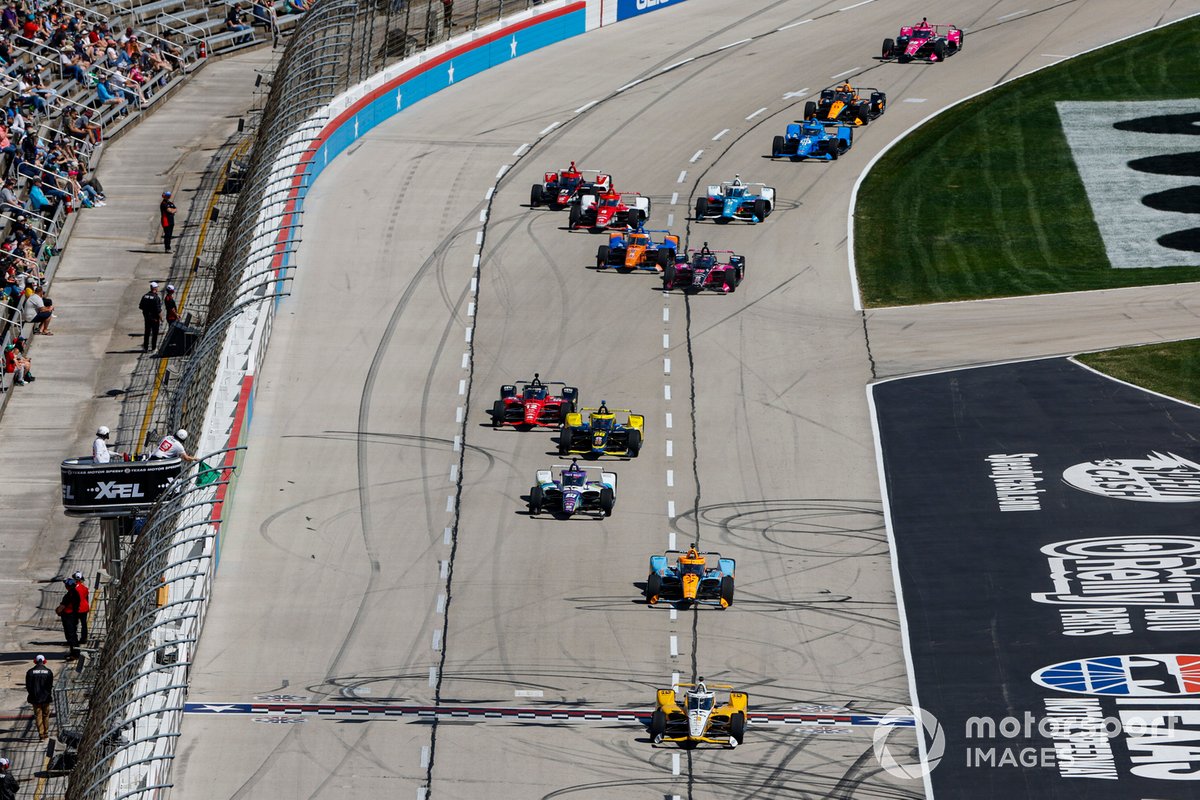 Former Supercars star McLaughlin, who won the season opener on the streets of St Petersburg last month, produced another stellar drive – but felt that his Penske car was tightening up in the closing stages on old tyres, just when he needed more maneuverability to enable him to lap cars ahead.

“It was always going to play some sort of a part, it’s just oval racing,” he said of the traffic that cost him the win. “My car wasn’t probably as good in traffic as it had been all race. I knew the car was going to push, it was building tightness.

“As soon as [Newgarden] got his wing alongside on the outside I knew I couldn’t come up and block the line. I thought about going high with Malukas going in there, but I was worried that I’d push up into the grey and into the fence. You’re dammed if you do, dammed if you don’t – I’ll learn from this and grow from this and just get on with it. But we put on a rally good race.”

When asked if he would have blocked Newgarden if he wasn’t his teammate, McLaughlin replied: “I don’t know, for sure next time I’d probably think about it. Things happen in a split second, I’m a human and I’ve got to learn it. That was the first opportunity for me leading on an oval with a guy on my backside, I’m a clean driver, and I just didn’t do it today. That’s just how it is.

“Really proud of the guys in the pits today and I’m excited for what’s next.”