The last driver to go out on a run, Power set a two-lap average of 189.642mph to knock championship leader Josef Newgarden down to second after his team-mate had produced a blistering average of 188.316mph.

Power, who won at Pocono last weekend, carried over the pace that put him fastest in the first practice session at the series' last oval race of 2017.

The pole was his 50th in the combined Champ Car and IndyCar statistics.

Third place went to Helio Castroneves, who claimed pole position at Gateway's last IndyCar race in 2003, with reigning champion Simon Pagenaud finishing a fraction behind on the outside of the second row. 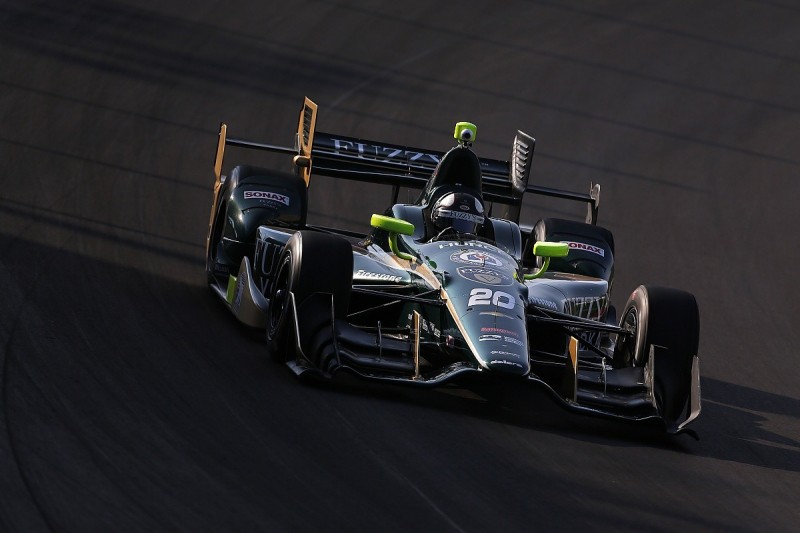 Fifth was oval-specialist Ed Carpenter, who couldn't match the pace of the Penske Dallara-Chevrolets but expects his car will have more speed to offer in the race.

The fastest Honda driver was Indianapolis 500 winner Takuma Sato, who will have Chip Ganassi Racing's Scott Dixon behind him in seventh.

Rounding out the top will be Carlos Munoz, Alexander Rossi and James Hinchcliffe.

Sebastien Bourdais, making his return to the series after his crash at Indianapolis, will start in 19th place having not quite been happy with his car's qualifying set-up.