In charge for much of the hour-long session, last week's Pocono winner Power eventually topped the timesheet with a 24.2521-second (185.551mph) lap.

Reigning champion Simon Pagenaud slotted into third, with Helio Castroneves - winner of the Gateway IndyCar race 14 years ago - rounding out the Penske rout in fourth.

The Chip Ganassi Racing driver lost control of his Dallara-Honda on pitroad and collided with a member of IndyCar personnel, who was knocked over but escaped serious injury.

This led to Chilton sitting out five minutes of practice as punishment. He went on to finish 14th.

Ed Jones put in a strong performance to finish fifth, 10 places ahead of returning Dale Coyne Racing team-mate Sebastien Bourdais. Gateway is Bourdais' first race back after being injured in his Indianapolis 500 qualifying crash in May. 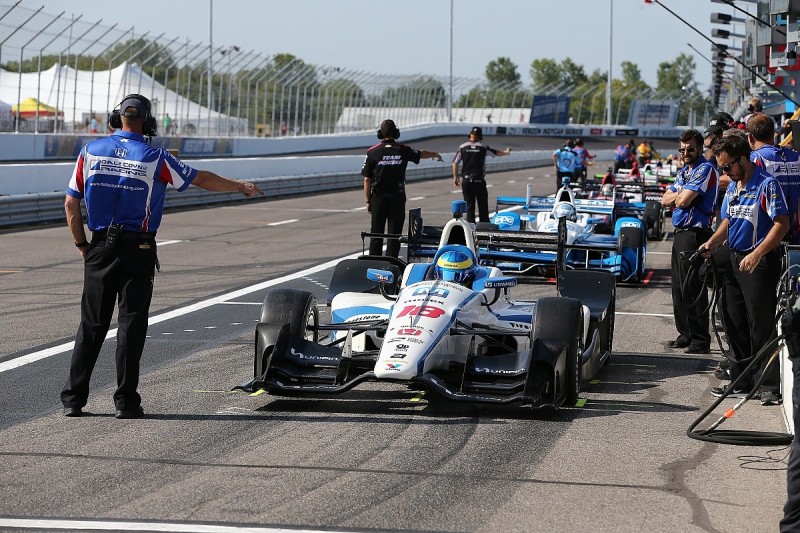 The top 10 was rounded up by Scott Dixon and Ryan Hunter-Reay, the latter still in some discomfort from a huge shunt during qualifying last weekend at Pocono.