Team Penske driver Power was the first to lap in the 176mph bracket in practice for the final oval round of the 2022 season, before Devlin De Francesco then sent his Andretti Autosport-run car around at an average of 177mph.

Josef Newgarden – a three-time winner at World Wide Technology Raceway – then put everyone in perspective with a 179.660mph effort on his ninth lap.

Scott McLaughlin, who finished fourth here last year, got close to his team-mate with a 179.172mph lap, and at that time the pair of them were the only drivers to hit 195mph through the Turn 1 speed trap.

But it was a driver who ran ‘only’ 194 into Turn 1, Felix Rosenqvist of Arrow McLaren SP, who hit the top spot with 12 minutes to go, with the first 180mph lap of the weekend.

Soon after, Graham Rahal moved into second with a 179.713mph effort for Rahal Letterman Lanigan. 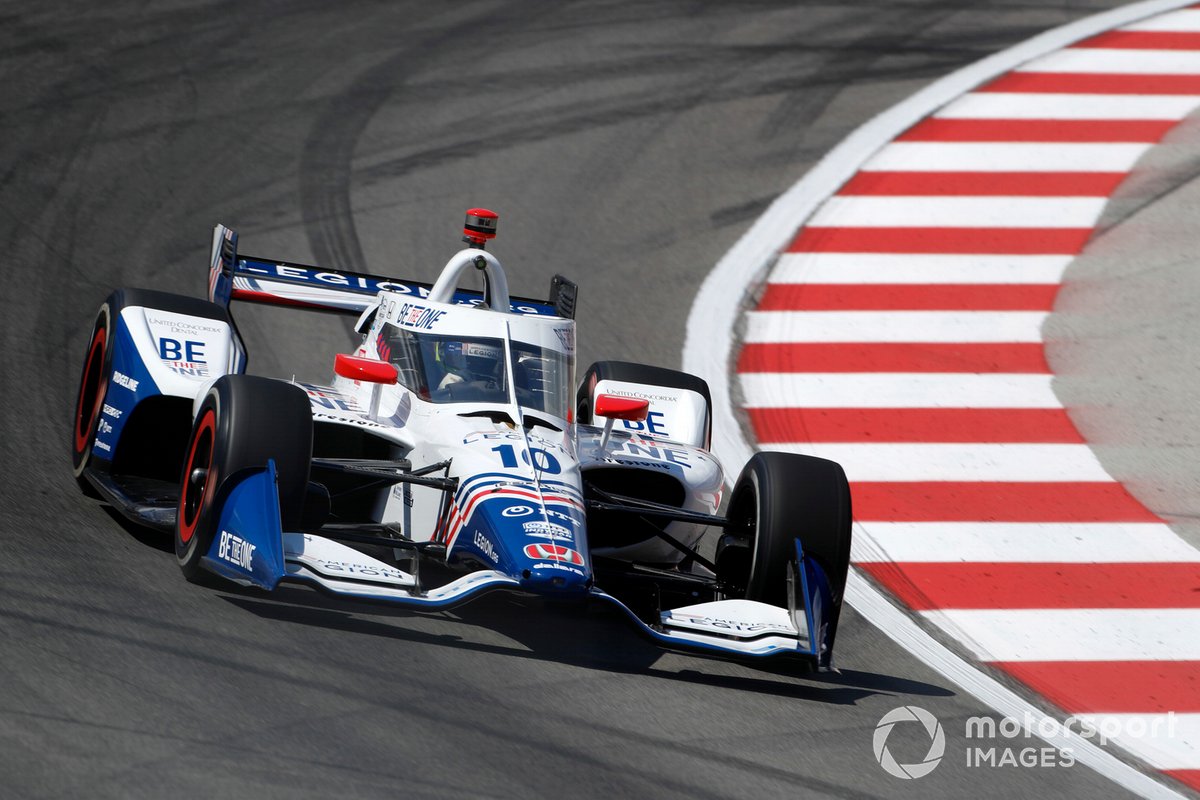 Both were pushed down by Alex Palou’s qualifying simulation, a 180.208mph lap, before McLaughlin joined them in the 180mph bracket, and then Will Power went fastest with a 180.539 with six minutes to go.

That remained the top speed of the session, although it ended with six drivers north of 180mph, and several drivers had their qualifying sim runs ruined by traffic.

Chip Ganassi Racing will be content to have two cars in the top five at what has become regarded as ‘a Penske track’.

Andretti Autosport was disappointing overall, even though De Francesco – who tested here along with his fellow rookies last week – did himself great credit by being fastest of the quartet in 11th, fractionally ahead of Colton Herta and Alexander Rossi.

Takuma Sato and Malukas were ninth and 13th for Dale Coyne Racing, Malukas turning the most laps at 57.