Chilton headed to the US after leaving Formula 1 at the end of the 2014 season, pairing a Nissan LMP1 drive with an Indy Lights programme.

He then graduated to IndyCar in 2016 as Ganassi's fourth driver, alongside champions Scott Dixon and Tony Kanaan, and Charlie Kimball.

Having re-signed for next year, Chilton believes stability will pay dividends as he looks to build on his rookie campaign.

"It's hugely important to have that continuity," Chilton said.

"To at least have the same team engineer - the engineer is the one you work most closely with - it's nice if you get on with him to keep that relationship going, and ideally try to keep the crew the same.

"When everyone knows how to work with each other, you don't have to spend time learning each other - you just know what each other want sometimes without having to say too much.

"I know from my experience in single seaters now for over a decade, it really does help.

"That's why time and time again, you see an ex-champion, a multiple champion, with the same team for many years." 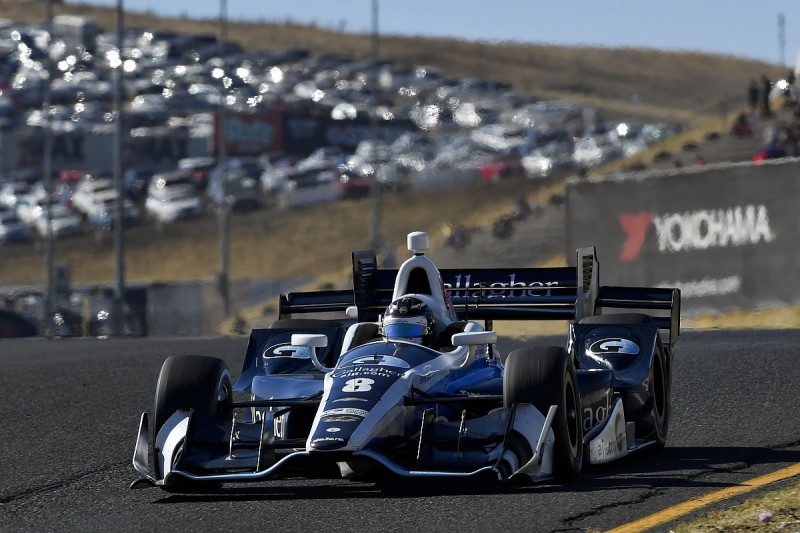 Chilton spent two seasons with Marussia in F1, which followed time in GP2 and Formula 3.

He classes his first IndyCar season - where he finished 19th in the standings with a best finish of seventh - as "probably one of my biggest years in motorsport", as he got up to speed in his new, American surroundings.

"Even though the speeds are similar to F1 and the cars aren't hugely different, it's the American way of racing," Chilton explained.

"The racetracks were all new to me, the street circuits incredibly bumpy and tight, the oval racing is incredibly fast and close.

"With my team-mates you can really see that [experience] makes a difference - I think [Dixon and Kanaan] are going into their 15th or 16th year of IndyCar.

"It just pays so well to have that experience in your team.

"I'm looking forward to hopefully doing better myself next year, and they can learn from me as well.

"There was a time where the speed of our car was actually really good, especially toward the end of the year.

"We're going to hopefully keep that momentum going into next year."