The former Haas Formula 1 development driver finished fourth in the 500 last year for Dale Coyne Racing, and earned rookie of the year honours in a 2019 season which yielded three fourth-place finishes on the Texas, Pocono and Gateway ovals.

Ferrucci switched to the second-tier NASCAR Xfinity Series for 2021 with Sam Hunt Racing and has mustered a best finish of 13th at Las Vegas from his four starts to date.

The 22-year-old will now join RLL in a third entry most recently occupied by Spencer Pigot at last year's COVID-19-delayed 500 in September.

“I am excited to be competing in the Indianapolis 500 with Hy-Vee and Rahal Letterman Lanigan Racing," said Ferrucci.

"It’s a great opportunity and I cannot thank the team, owners and partners enough for believing in me.

"I’m super excited to start spending some time at the shop in Indianapolis and preparing for an incredible run this May.”

Ferrucci made his IndyCar debut with Coyne at Detroit during a tumultuous 2018 season in which he was dropped by the Trident Formula 2 team following a clash with team-mate and then-fellow Haas junior Arjun Maini on the cooling down lap at Silverstone, incurring a €60,000 fine. 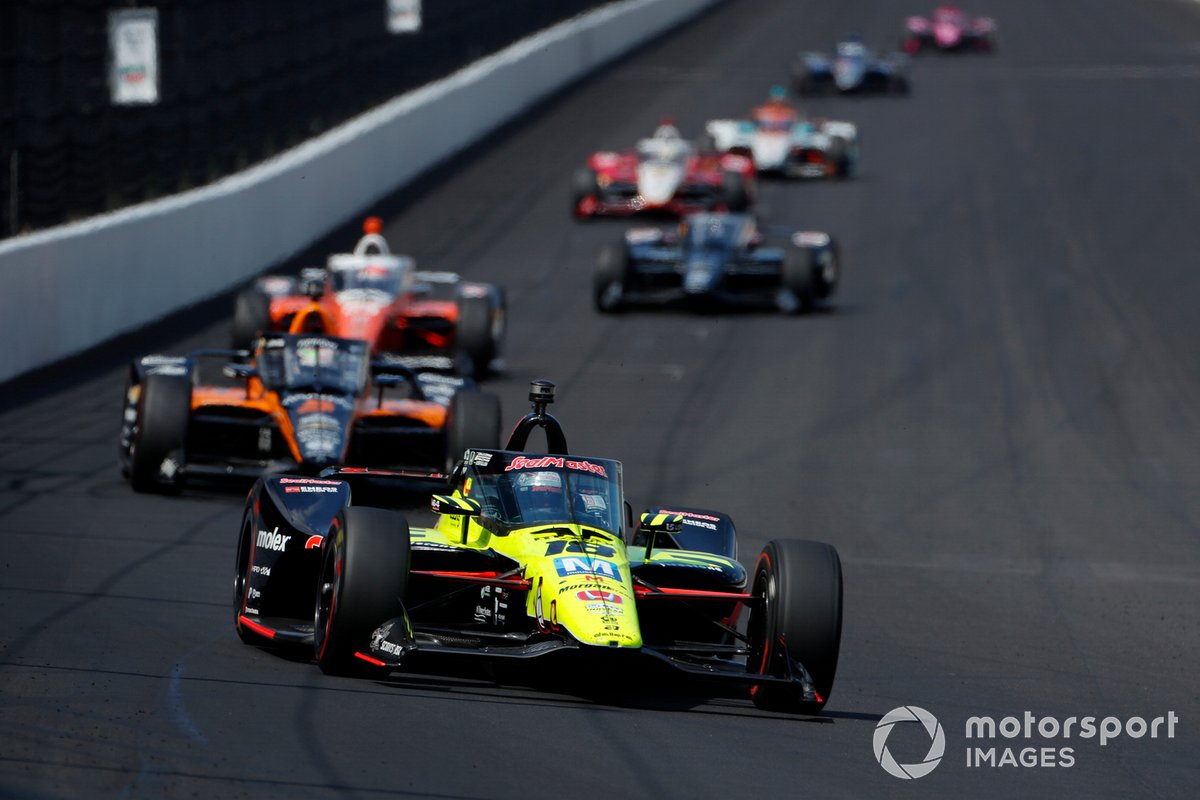 Prior to his split from the team, the stewards had banned Ferrucci for the following two events at the Hungaroring and Spa and also fined him a further €6,000 for driving without a glove while holding a mobile phone as he drove between paddocks in his F2 car.

He later apologised on social media for what he called a "mental lapse" and returned to IndyCar for the final rounds of the season at Portland and Sonoma.

Ahead of his return to single-seaters, Ferrucci will take part in this week’s two-day test at the Indianapolis Motor Speedway, which is expecting a 32-car field.

Simona de Silvestro will return to IMS for the first time since 2015 with the new Paretta Autosport squad, while Coyne rookies Pietro Fittipaldi and Cody Ware will complete their first laps of the Speedway.