Fernando Alonso and McLaren failed to qualify for the Indianapolis 500, as they were bumped out of the field by Kyle Kaiser and the cash-strapped Juncos Racing team

A fraught week of practice and qualifying meant Alonso ended up one of six drivers fighting for the three spaces on the back row of the grid.

Amid suggestions of deals to run parts and set-ups from some of IndyCar's top teams, McLaren made substantial changes to Alonso's car ahead of the rain-delayed last row qualifying session that finally got under way late on Sunday afternoon local time.

Initially the signs were promising for Alonso, the third driver to run.

His four-lap average of 227.353mph was slower than the 227.543mph of early pacesetter James Hinchcliffe, who was using his spare car after a crash in Saturday's first qualifying, but comfortably ahead of the 226.192mph that quickly consigned Carlin's Max Chilton to missing the race.

Then Sage Karam put in a 227.740mph for Dreyer & Reinbold Racing to go fastest in the session and push Alonso down to the 'bubble' position in 33rd.

Recently signed Red Bull junior Patricio O'Ward was next to run and his early laps were close to Alonso's pace before he faded to a 227.092mph average and missed the cut. 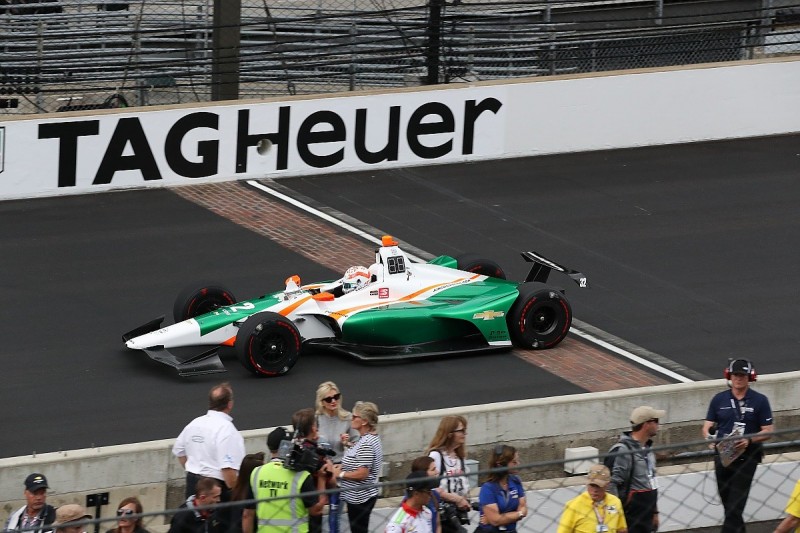 That left only Kaiser, whose whole participation in the event had been threatened by the withdrawal of two major sponsors in the build-up and then a practice crash.

Against all the odds, 2017 Indy Lights champion Kaiser produced a 227.372mph average for Juncos to outpace Alonso and squeeze the double Formula 1 world champion out of the field by just 0.019mph.

Alonso reported that his car had "felt good" and "better today than what we had yesterday" but it proved to be insufficient.

"A difficult week, no doubts," Alonso later wrote on Instagram.

"We tried our best, even today with a completely different set up and approach, 4 laps flat on the throttle but we were not fast enough.

"We tried our best and we've been brave at times, but there were people doing better job than us.

"Success or disappointments only come if you accept big challenges. We accepted.

"Thanks to the massive support always here at the speedway and everyone at home. Now full focus on next target."

McLaren had formed a partnership with Carlin for its largely-independent second crack at the Indy 500 of the modern era, but qualifying has ended with only one of the four Carlin-related cars - that of Charlie Kimball - in the field as Alonso, O'Ward and Chilton all missed out.

With the weather still clear at Indianapolis at present, qualifying has continued straight into the 'Fast Nine' shootout that will decide pole position and the front three rows of the grid.