Sometime Manor Formula 1 test driver King, who spent 2017 in F2 with MP Motorsport, will race in 11 events this year while team boss Carpenter continues to contest the oval events.

He completes the line-up at ECR after the team moved Spencer Pigot to its full-time driver seat in September, replacing JR Hildebrand.

Carpenter explained a meeting at Sonoma in 2016 led to the beginning of his relationship with King.

"We are very excited to welcome Jordan to the ECR family and to have him in the #20 Chevrolet for the 2018 road and street course races," said Carpenter.

"I first met Jordan at Sonoma Raceway in 2016 as he was exploring opportunities in IndyCar.

"He is a very motivated, intelligent and hungry driver, which is exactly what we are looking for at ECR.

"Jordan has had a lot of success and experience in Europe and I can't wait to see what he is capable of." 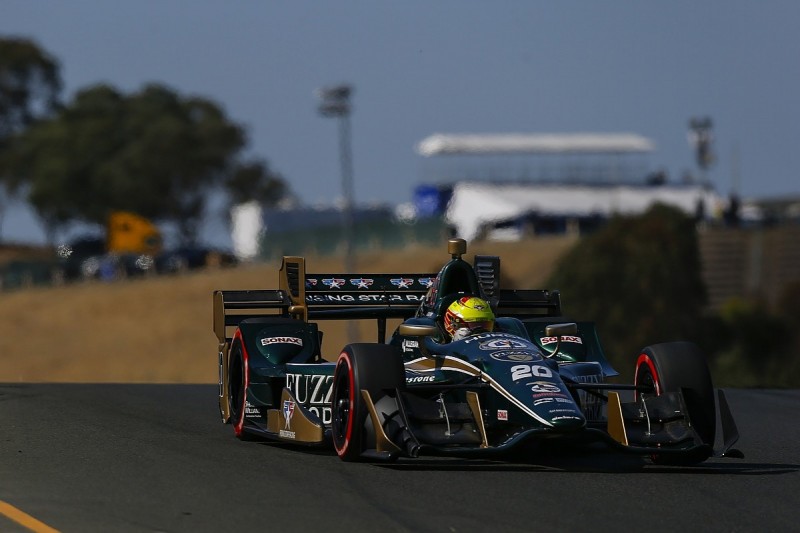 King said joining Carpenter would help him get to grips with IndyCar quickly.

"I am beyond excited to get started in the IndyCar series," said King.

"After winning at Silverstone in 2016 and being able to drive in F1 practice, 2017 was not what I was hoping for.

"Going into the new season, I'm really looking forward to having the opportunity with ECR to work towards our collective goals. I believe that together, both of us have the capability to do well.

"Sharing the #20 seat with Ed gives me a great opportunity to learn from him and the team, while racing at the road and street courses will let me put into practice what I have learnt."