Chip Ganassi Racing driver Ericsson suffered an engine issue before setting even one qualifying lap on Friday, obliging him to start from the very back of the 25-car grid.

He ran a long opening stint on the primary tyres to get back into contention, but his strategy was compromised by the timing of a caution period when Simon Pagenaud ran out of fuel.

But despite his run of consecutive top-10 finishes dating back to May's first Indy GP race coming to an end, and Power's third-place finish giving the Team Penske driver the points lead, Ericsson said "it was a good day for us".

The Indianapolis 500 winner is now nine points behind Power with four rounds still to go.

"Obviously it was damage limitation after what happened to us yesterday," he said.

"A top 10 was our goal, we almost got there and I think we would without that yellow.

"That yellow just neutralised the whole race. I think we could've been seventh or eighth without that.

"But P11 is still good from where we started." 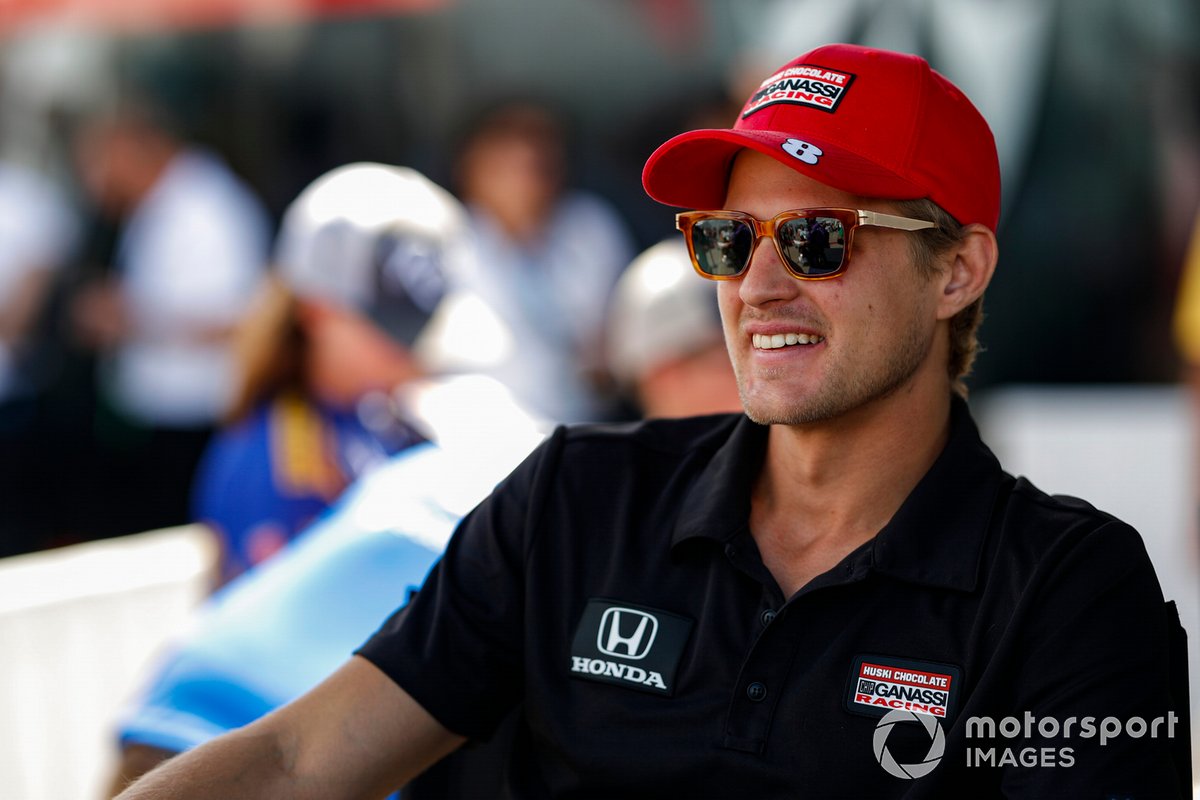 Asked if falling to second in points would see him alter his approach in the final four races, Ericsson said: "It doesn't really change to be honest.

"I would've liked to keep the lead, but we're still close to Will and we go to Nashville where we won last year.

"We're still in the mix, we still have a good shot to win this thing in Laguna."

Ganassi team-mate Scott Dixon also had a to recover from a lowly grid position, the six-time IndyCar champion starting 20th after a couple of miscues in qualifying meant he got stuck in traffic and without his optimised wing settings.

But the Kiwi clawed his way up to eighth at the checkered flag to remain fourth in the standings, albeit 38 points behind Power.

Dixon told NBC: "With how close the competition is and how many times we've run on this track, we shouldn't have had the fumble we did in qualifying because starting 20th makes it almost impossible.

“But a good day for the team, it's definitely a difficult track for us in general. But we're still only 38 points back and a good string of tracks coming up for us."