The Arrow McLaren SP driver took the initiative after a caution period emerged with 12 laps remaining, as Romain Grosjean spun and stopped on track following a brake fire.

O’Ward had just nipped past Scott Dixon following the end of a caution period one lap prior, brought out for Jimmie Johnson who slid out of control at Turn 1 and stalled – requiring a fire-up from the track marshals.

Lying in fifth at the final restart, O’Ward had tremendous pace as the green flag dropped and cleared Graham Rahal and Alex Palou almost immediately, which allowed him to go after the leading pair of Newgarden and Colton Herta.

O’Ward then picked off Herta a lap later, and immediately cut down the gap to Newgarden – chasing the Penske driver down to set up a final showdown.

With three laps remaining, Newgarden’s soft tyres began to lose performance and handed O’Ward an opportunity to dive past at Turn 7, which the Mexican driver took gladly and immediately scampered up the road to cement victory.

O’Ward becomes the first repeat winner of the season in IndyCar, and moves ahead of Alex Palou in the drivers’ standings – albeit by a single point. 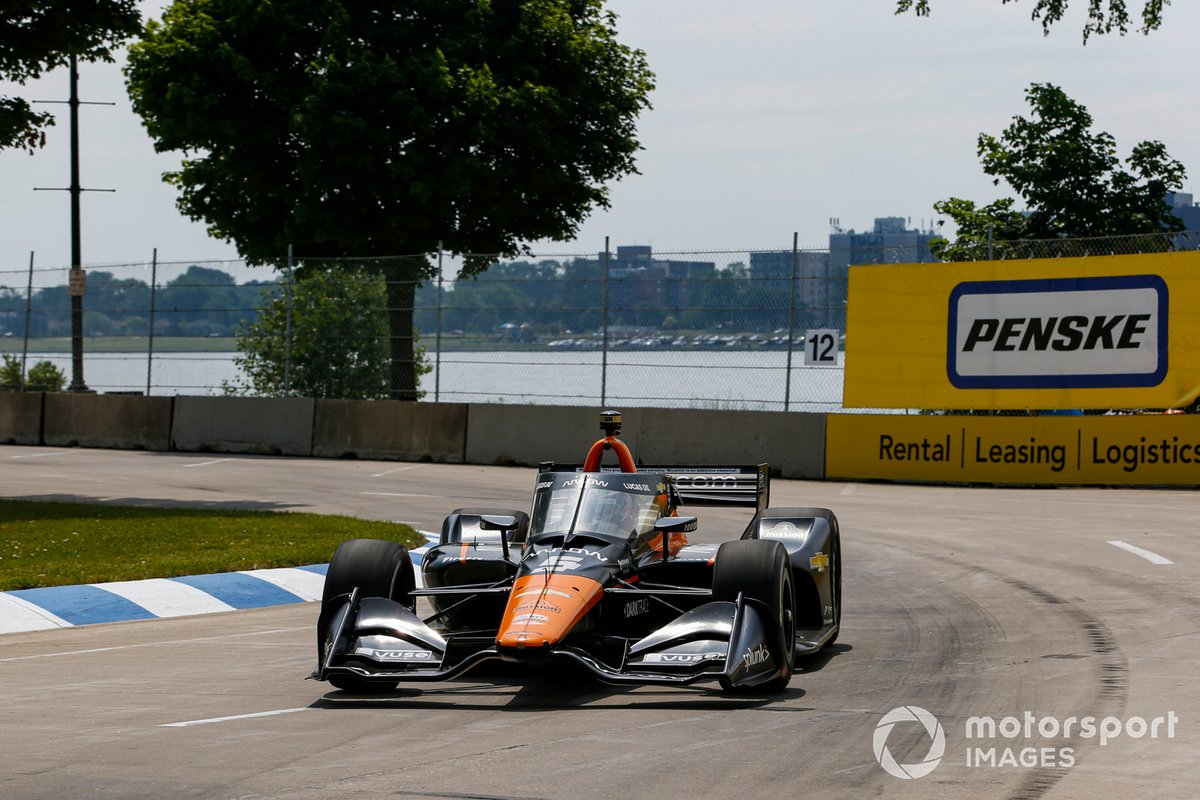 A despondent Newgarden hung onto second, batting away the advances of Palou and Herta at the end, but was left to rue his race strategy after his contra-strategy call was compromised almost immediately with a first-lap yellow flag: Max Chilton ended up hitting the rear of James Hinchcliffe after the Andretti driver hit the brakes to avoid a wayward Sebastien Bourdais.

Newgarden continued in the same vein after the first round of stops for the frontrunners, retaining a buffer of over 10 seconds from Herta.

But as the race ticked into half distance, the Andretti driver began to scythe away at Newgarden’s lead, dipping below the 1m16s as Newgarden was consistently logging 1m17s lap times.

Herta took the gap down to five seconds prior to his second stop, taking on a final set of primary, harder tyres to hunt down Newgarden – who had still yet to run the softer tyres.

After Newgarden took on the red-walled tyres, the set on which he set his pole lap in qualifying, Herta had the bit between his teeth and further hacked bundles of time out of the Penske driver before the final brace of cautions.

Despite his earlier pace, Herta could not pick up from where he left off in the final part of the race, dropping off the back of Newgarden and losing out to O’Ward. 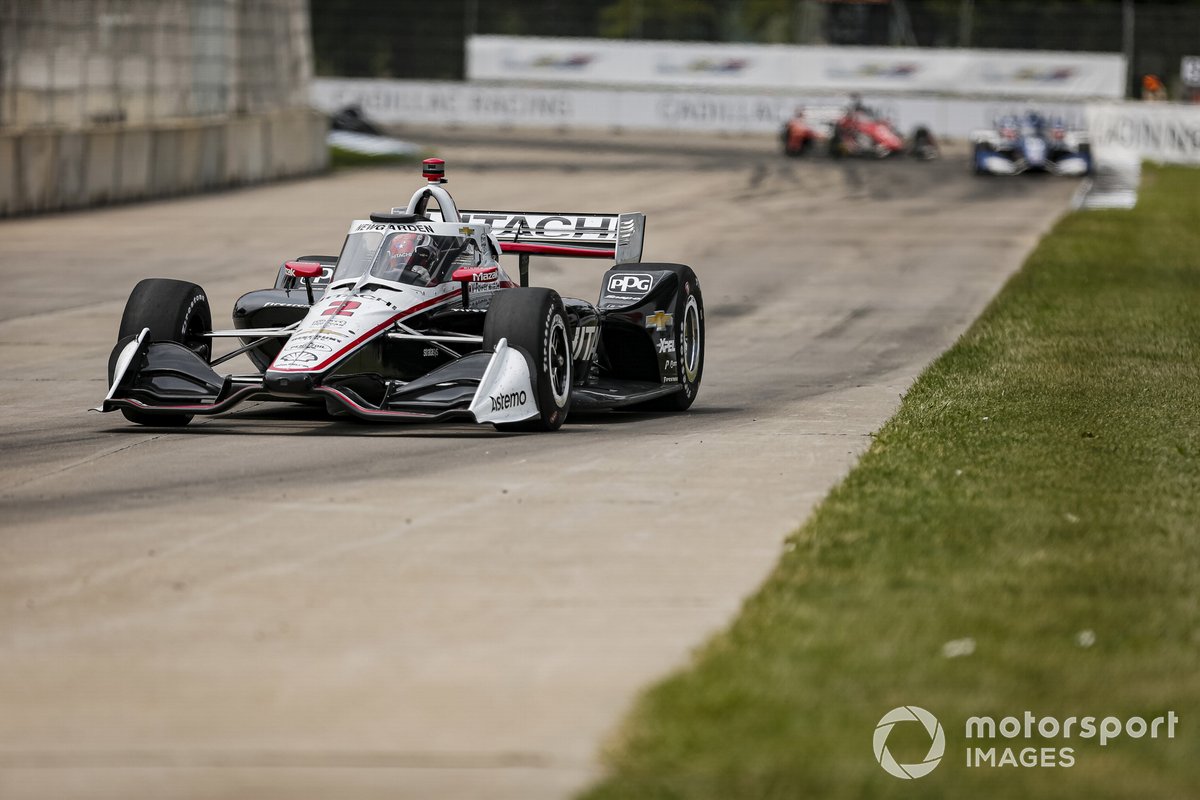 Although Herta attempted an assault on both at Turn 3 with four laps remaining, he locked up and was then cleared by Palou – who claimed third place.

Graham Rahal finished fifth, having closed up to the last-gasp battle for second place, as Will Power somewhat made up for his Race 1 disappointment - in which his car failed to fire up after a final red flag while leading – to finish sixth on an alternate strategy.

Chip Ganassi Racing’s Dixon survived a first-lap scuffle with Alex Rossi and Grosjean – in which he was tagged by both at the first corner – to finish seventh, as Simon Pagenaud grabbed eighth.

Race 1 winner Marcus Ericsson made use of an early pitstop to climb up to ninth, after running out of fuel in qualifying, as Santino Ferrucci recovered from a qualifying crash to complete the top 10 in one of Rahal Letterman Lanigan’s spare cars.