Bourdais has been sidelined for the rest of the 2017 IndyCar season having sustained pelvis and hip fractures in a violent crash on the first day of Indy 500 qualifying on Saturday.

Davison finished runner-up in the 2009 Indy Lights championship and has four IndyCar starts to his name, including two in the 500.

The most recent of those was with Coyne in 2015.

Although both Matt Brabham and Stefan Wilson were considered, Davison - a frontrunner in the Pirelli World Challenge GT series - was picked.

"My thoughts are with Sebastien and Claire Bourdais," said Davison.

"This is never the circumstance that a driver wants to secure an opportunity to drive in the Indianapolis 500.

"With that said, I'm extremely excited and ready to take on this challenge." 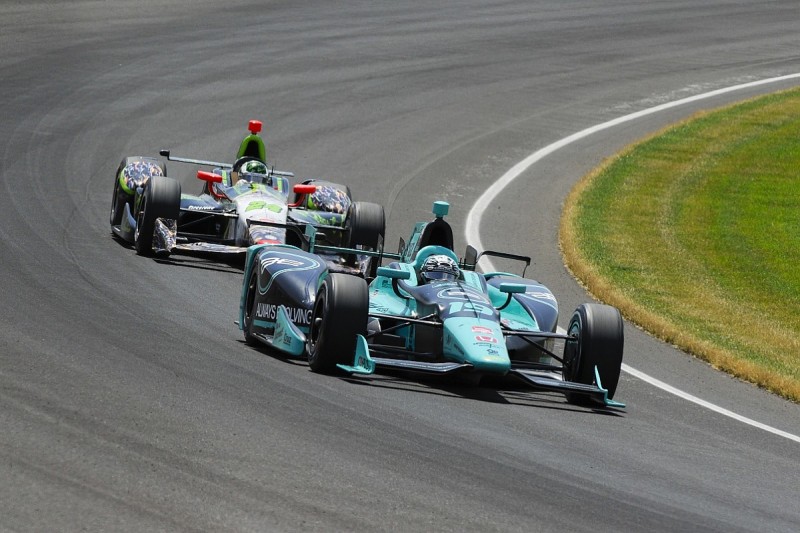 Davison had been in talks with Coyne for a couple of months about running a fourth car in the Indy 500 but his sponsorship money at the time was considered insufficient.

He will now get his first running ahead of the race in Monday's three-and-a-half hour practice session.

"It's never easy when you have to replace an injured driver, but the important thing is that Sebastien is going to fully recover from his injuries and we'll be waiting for him when he's ready to come back," said team owner Dale Coyne.

"We've worked with James in the past and he's done a good job for us;

"He's familiar with the team and knows how we work so it was an easy decision when came the time to find someone to fill the seat."

Bourdais issued a statement from hospital in Indianapolis on Sunday afternoon thanking his well-wishers and expressing optimism about his recovery.

"I want to thank everybody for the support and the messages, quite a few drivers have already dropped by," he said.

"It's going to take time, but I'm feeling pretty good since the surgery.

"I'll be back at some point. Just don't know when yet!"