Dale Coyne Racing will no longer be an IndyCar underdog given the quality of engineers recruited for his return, reckons Sebastien Bourdais

Coyne has re-signed four-time Champ Car champion and sometime Toro Rosso Formula 1 driver Bourdais from KVSH Racing for 2017, six years after he made his American single-seater return with the team.

It has also hired Bourdais' KVSH engineer Olivier Boisson and Craig Hampson - who masterminded his Champ Car domination at Newman/Haas.

"It's definitely a great window for us to achieve something really interesting," said Bourdais of the Coyne line-up.

"Obviously the key was to be able to reinforce the engineering department which was already in place.

"They had some really good results this year with Conor Daly as a rookie, that was one thing.
"But for me to be able to continue with Olivier, my engineer from KVSH, and to bring a guy of the calibre of Craig into the system, was definitely the key."

Team owner Coyne added: "We've talked to Craig for a lot of years.

"When Newman/Haas stopped racing, he was a target of ours right away. He took a sabbatical from track engineering for a while, did a home-based engineering programme with Andretti.

"But I think he's anxious to get back in, especially with his old friend Sebastien. We're very pleased to be in this position to be able to pull this off now."

Coyne's team was a minnow of the CART Indycar era, with Roberto Moreno's third place in the 1996 US 500 the only podium of the first 19 years of its existence. 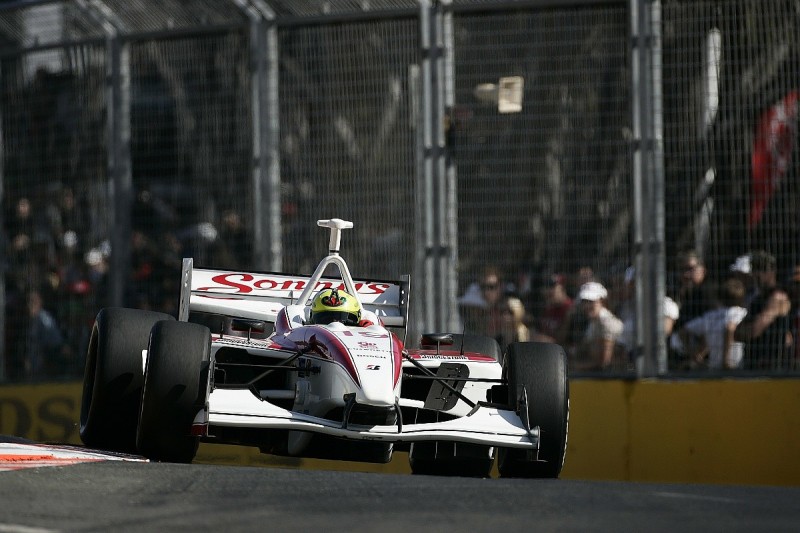 It grew increasingly competitive in the 21st century, enticing frontrunning drivers such as 2002 CART champion Cristiano da Matta, Oriol Servia and Bruno Junqueira, above in '07, and then becoming a race winner in the unified IndyCar Series with the late Justin Wilson, Mike Conway and Carlos Huertas.

Asked if he felt Coyne could shake off its underdog tag now, Bourdais replied: "I don't really look at it that way.

"I didn't really see any kind of better opportunity than being reunited with Dale.

"Does it mean we're a top team? Of course not. We'll still be building the team and trying to evaluate where the strengths and weaknesses are.

"Hopefully by the time we come to drawing conclusions, then we'll be feeling pretty proud of what we've achieved."

Coyne hopes Bourdais is back for the long term.

"This is not just a one-year programme. It's two years and possibly more," he said.

"So we're excited about that, especially with the equaliser coming in 2018 with an aero kit the same for everyone."

He expects to run a two-car team again, having fielded Daly full-time in 2016 while Luca Filippi, Gabby Chaves and RC Enerson rotated in the sister car.

"We're working on some programmes with all the usual suspects to get something done by the end of this month," Coyne added.

"We have some favourite sons we'd like to try to do something with."

Carlin could enter IndyCar in 2017 in partnership with Kalkhoven