Jones had been expected to undertake a second season with Coyne after a successful first year in which he became the unexpected team leader, following Sebastien Bourdais' Indianapolis 500 crash.

Team owner Dale Coyne claimed that he and Jones had shaken hands on a contract for him to return, but Jones said no longer having the benefit of the $1million scholarship from his 2016 Indy Lights title made a deal complex.

"I don't want to get into too much with 'he said that, I said that'", Jones told Autosport.

"No matter what has happened, I am really thankful for what Dale has done for me, we had a really good relationship with Dale and his wife Gail, who is a big part of the team.

"We wanted to do a deal, we had an idea that we were going to do one, but things were delayed so much that we never got there.

"It was just trying to come up with a deal that we could both agree on. 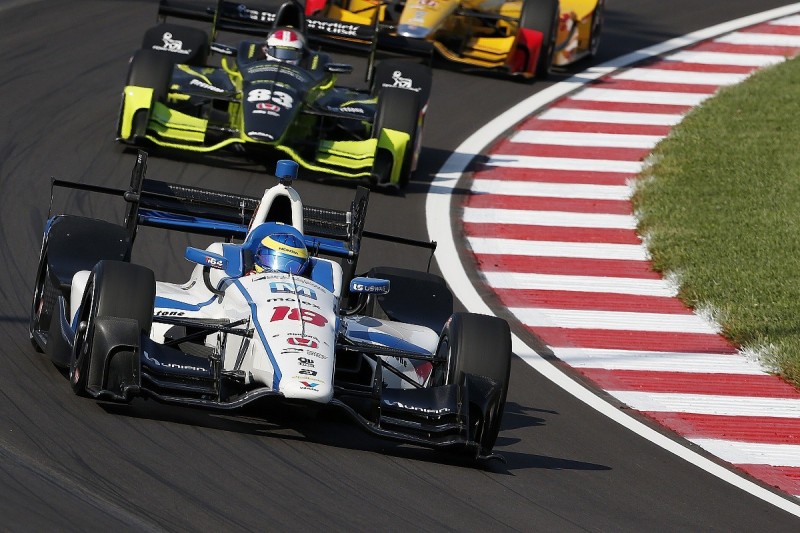 Jones added that turning down Ganassi would have been the biggest mistake of his career.

"Things happen for a reason and the Ganassi offer was an opportunity and a target I had from when I first moved to the United States in 2015," he said.

"The goal was to always get an opportunity like the one that I have at Ganassi now.

"It's a scenario where if I was to turn down what I then got offered, it would have been the biggest mistake I would make in my racing career.

"It's a sad thing that I am not with Coyne in one sense because I loved being with the team and got on really well [with them], but on the other hand, I am really looking forward to this opportunity with Ganassi.

"Being with Ganassi, it is one of the top two teams, one of the most successful in IndyCar, and in addition to that it gives me a professional drive.

"I have been hired to drive and there are other factors in there which are really important and enable me to have a long-term professional career with them, which is the target, so it was a no-brainer really."