Penske has made no secret of the fact it is lining up Castroneves and its now part-time IndyCar driver Juan Pablo Montoya for its return to sportscar racing next season.

But Castroneves is in the middle of his strongest IndyCar campaign in many years, having ended a three-season win drought at Iowa Speedway earlier this month and then closed to within three points of championship leader Scott Dixon after last weekend's Toronto race.

IndyCar asked the media not to question Castroneves over his future in the press conference following his Iowa win.

Asked by Autosport in Toronto if he was allowed to talk about 2018 yet, Castroneves replied: "Sure. What do you want to know?

"You shouldn't ask me. There are people with more power than me actually to make things happen."

Pushed further on whether the decision to race in IndyCar or IMSA next year was in his own hands, Castroneves said: "A lot of decisions are... It's not in my hands, or results. Sometimes it's common sense.

"But at this point, I feel that I'm going to do everything I can - if we're in that position - to make it harder for everyone, if there is a decision in the end to change or not. 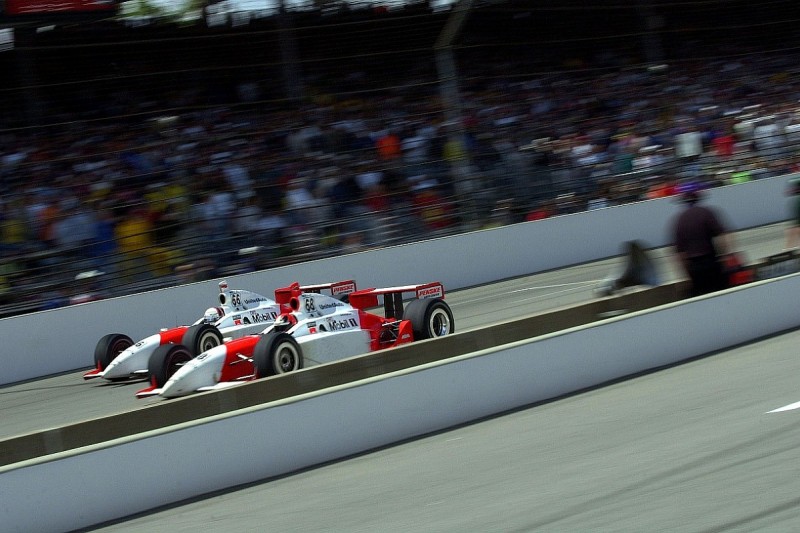 Though Castroneves is a three-time Indianapolis 500 winner and finished runner-up in the championship four times, he has never won an IndyCar title in his 16 and a half seasons with Penske.

He admitted he was trying to stop question marks over his future distracting him from his championship bid.

"If you start thinking about the future, that's where it starts being distracting, right at this point," said the 42-year-old.

Penske is not expected to replace Castroneves in its IndyCar line-up if it moves him over to IMSA.

Instead it is thought likely to slim down to three full-time cars for Simon Pagenaud, Josef Newgarden and Will Power.