Patrick, who last raced in IndyCar in 2011, revealed on Wednesday night she had done a deal with Carpenter's team, having already secured a Premium Motorsports seat for the NASCAR element of her farewell programme in the Daytona 500 this weekend.

When McLaren Formula 1 driver Alonso contested the Indy 500 with Andretti Autosport last year, he was permitted additional running outside the standard rookie programme.

"We're still exploring those options, it's on my list of things to accomplish this week," Carpenter told Autosport.

"My hope is that we can get something a little more than just the refresher test for her, because she's been away so long.

"It boils down to what IndyCar will allow, what days are available, what cars are available at a time when we may or may not be allowed to test.

"Something similar to what Alonso was allowed would be my hope." 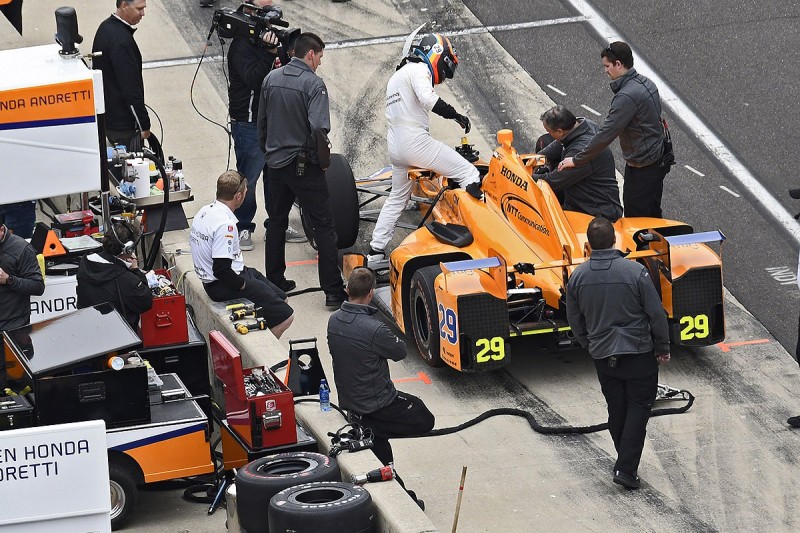 Carpenter, who has twice taken pole at Indy with his own team, said he had initially not been in a position to act when Patrick began looking for an IndyCar deal.

"We had a conversation, not directly but through [IndyCar chief] Mark Miles some time ago," he said.

"And we didn't feel able to engage at that time because we hadn't sorted out who would be our #20 car's road course driver, once we'd transferred Spencer [Pigot] to full-time in the #21.

"But once we locked in Jordan [King] as my partner in the #20 for the road courses, I got back to Danica's management team and said, 'OK, we're interested.'

"Then ultimately we had conversations with Danica herself, and that's what pushed things over the top."

Speaking about Patrick accidentally letting slip about the deal at Daytona this week, he added: "It feels OK to be able to talk about it rather than having to spend more weeks playing dumb, not answering questions or just deflecting them.

"But I wasn't expecting the news to come out before all the details had been finalised!"

Fellow team owner Sam Schmidt recently told Autosport he feared that the level of media attention around Patrick's farewell race would be a "distraction" for whichever IndyCar team ran her but Carpenter said he had no such concerns.

"All parties are excited about it and it's going to be a lot of fun, and hopefully it will bring a lot of success," he said.

"Even though we haven't won the 500 before, she follows the sport and knows we put a good product on track at Indy and certainly we've had cars capable of winning the race.

"Sure, we'll have to answer more questions than normal, but to be honest, it's no different than when Alonso came last year.

"We were all talking about him a lot, even though he wasn't on our team!"