Carlin could enter IndyCar in 2017 in partnership with Kalkhoven

Autosport has learned that Kalkhoven is set to end his team ownership collaboration with Jimmy Vasser - which began in Champ Car in 2004 - and could join forces with Carlin at its existing Florida premises if a deal is completed.

An eventual move into IndyCar has been Carlin's aim since it expanded into American racing by entering Indy Lights two years ago.

"It's being worked on, but it's a long way from being a done deal," he told Autosport.

"Nothing would change apart from we would be involved.

"It's a way off yet and there are still some pieces of the jigsaw to put in place."

Autosport understands Kalkhoven is keen to scale down his role with a view towards moving out of motorsport team ownership, and a Carlin tie-up would be a step towards this.

Vasser and fellow KVSH co-owner James Sullivan could continue to field their own separate team subject to funding, with a link-up with Sullivan's Global Rallycross operation one possibility.

KVSH Racing ran into sponsorship difficulties ahead of the 2016 IndyCar season and laid off all its staff over the winter before rehiring them for a single-car campaign with Sebastien Bourdais that included a race win in Detroit. 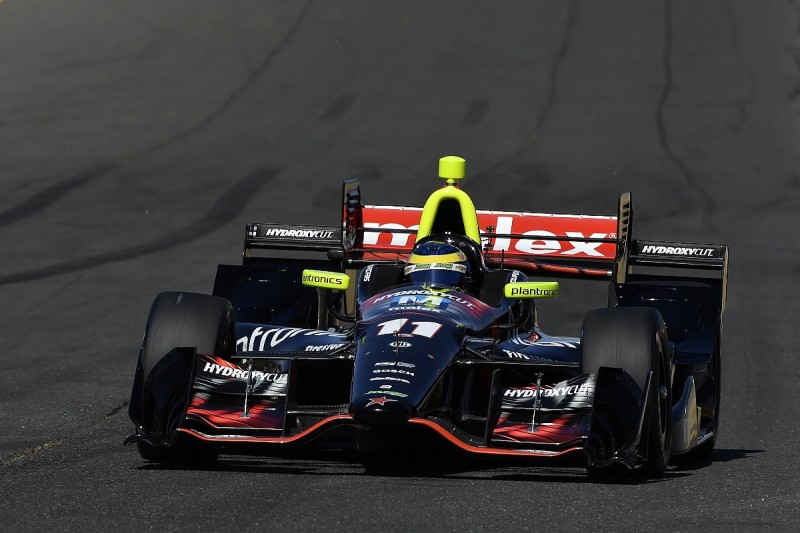 Takuma Sato - British Formula 3 champion with Carlin in 2001 - is hunting for a new IndyCar drive after his long-time patron Honda split with his 2013-16 team AJ Foyt Racing.

But Carlin played down the prospect of a reunion with Sato in America as he expects to continue with Kalkhoven's Chevrolet deal.

"KV is a Chevy team and Chevy really is the package to have," he said.

"But if Taku wants to drive a red, white and black [retro Carlin colours] Chevy car no problem!"

Carlin also said it was unlikely that current Ganassi IndyCar driver Max Chilton would be part of the programme despite his father Grahame's ownership role at Carlin.

"Max wants to be part of at least a two-car team," he said.