Tatiana Calderon wants to entice young female fans to get involved in motorsport having made to move into IndyCar in 2022, despite her tough start adapting to the US series.

For 2022, Calderon is competing in all the road and street course events for AJ Foyt Racing, while handing over the #11 ROKiT car to JR Hildebrand for the ovals.

But given the current testing restrictions, it has a been a tough season of acclimation for the 29-year-old Colombian since she knows so few of the tracks, and she’s being compared with team-mate and reigning Indy Lights champion Kyle Kirkwood.

“It's been very tough for me coming as a rookie with very little testing,” she said. “I think we have improved particularly in the road courses where I can explore the limit of the car a little bit more.

“These street circuits are really tough here, compared to Europe even or some other places. The bumps that you experience in Detroit, for example, I think that's unique from IndyCar that you can have all these kind of tracks.

“I've been enjoying suffering a little bit, as well. It's tough, but we like the good competition. Hopefully once we get to places where I've been before, like Indy GP again, Mid-Ohio where I tested for the first time last year in July, to go to familiar places, I hope that our performance can continue to improve.”

Having looked up to Simona De Silvestro, Danica Patrick and Bia Figueiredo [Ana Beatriz] while she was climbing the motorsport ladder, Calderon said: “It's a shame it was a long period the last couple of years that we hadn't had somebody in the top level of single-seaters.

“I think sometimes you have to see it to believe it, for the young generation to say I want to be in IndyCar, because there are females that can compete against men in a very competitive championship. 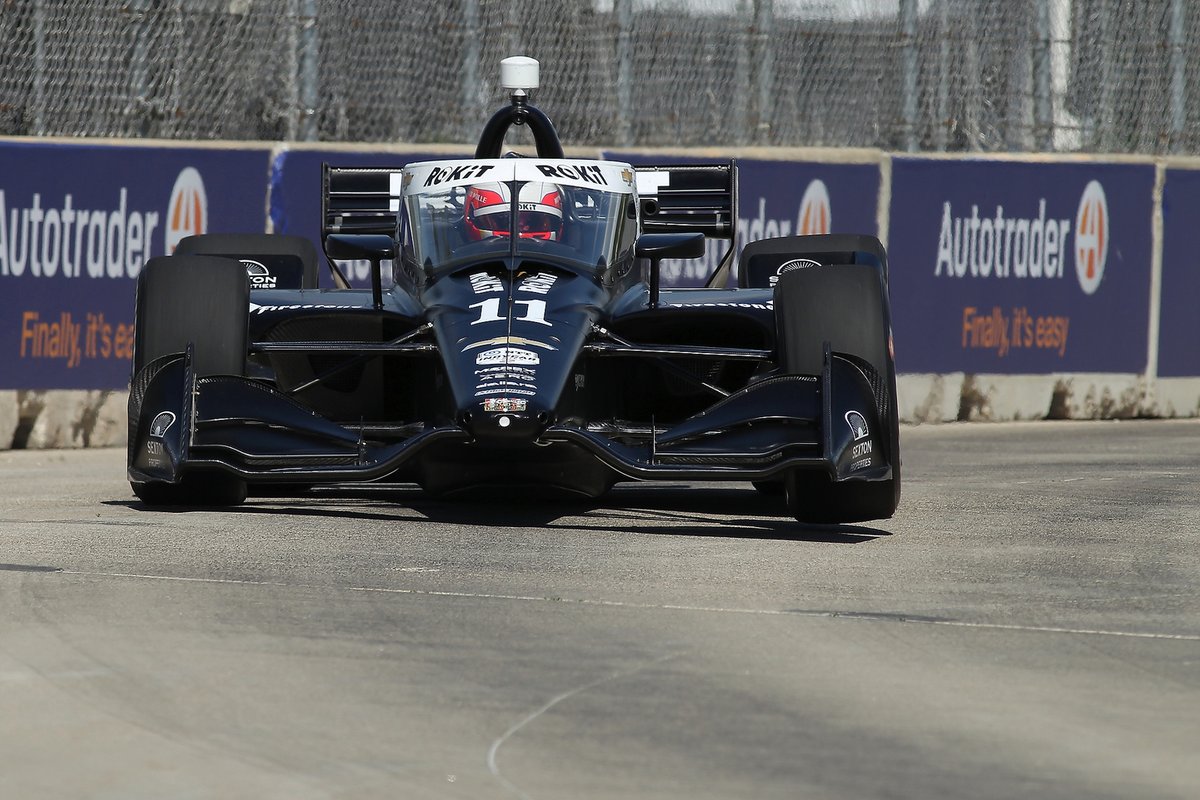 “I hope that together [with De Silvestro, who makes her IndyCar road course return this weekend at Road America] we can keep that momentum going and to see more females starting in single-seaters because at the end that's what we need. It's a circle, so hopefully there will be more and more joining us in the future, and we can stay and represent women in the best possible way.

“One of the things I love most about American racing, that the paddocks are open for more kids, for more people, so you can interact with some of the little girls. Just a handshake or a picture can change their view on the sport. That's something you feel with their parents, as well. It's like, ‘Look, this is a girl, you can do this’.

“It's been really nice to experience that kind of thing. With little changes you can maybe change the perception of somebody or get them interested.

“Hopefully we start to change some stereotypes and some beliefs and we get more young girls involved very early on because I think you need that in sport as well, to start early.”

Remembering the magic of Belle Isle